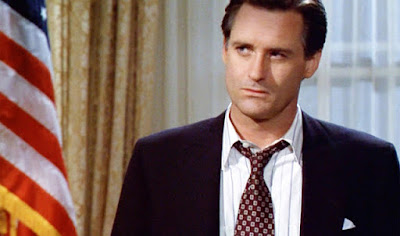 A marathon devoted to one of my favorite actors.

I love Bill Pullman. I've loved him since the first time I saw him on screen in Spaceballs as a little kid. He's one of the great chameleons of modern movies, able to bounce between character actor parts and leading man roles with ease. For a long time, the joke was that Bill Pullman was indistinguishable from the late Bill Paxton, which is ridiculous because they're totally different except that their names are similar and they both rule.

Bill Pullman has made so many good movies that I could have easily extended this to 48 hours. Maybe I'll do a Part II someday. 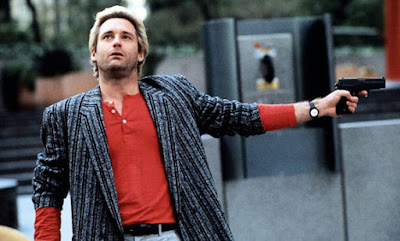 Let's kick things off with Bill Pullman's feature acting debut, a great little comedy and rare non-spoof from the ZAZ! directing team in which he plays a character described as "the stupidest person on the face of the Earth." Pullman steals the movie as a dimwitted guy sleeping with Danny DeVito's mistress. It's interesting that between this and Spaceballs, his early starring roles were in broad comedy. That's not what he's best known for today. 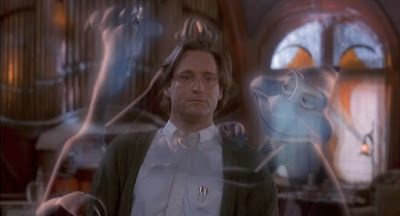 You know, for kids. 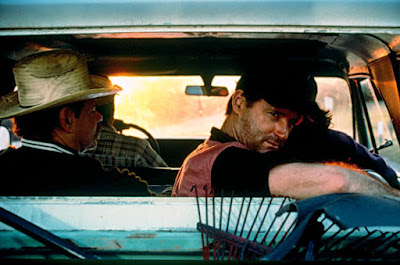 It's going to be a huge change of pace after Casper, I know, but I'm a big fan of Wim Wender's slow, enigmatic drama that's part critique of American film, part paranoid conspiracy thriller. I know a lot of critics find this movie pretentious and insufferable, but I'm not one of them. Pullman plays a bigshot Hollywood producer of slick, violent product who has to disappear when he becomes the suspect in a murder investigation. The incredible cast also includes Andie McDowell, Gabriel Byrne, Traci Lind, Loren Dean, and Sam Fucking Fuller. 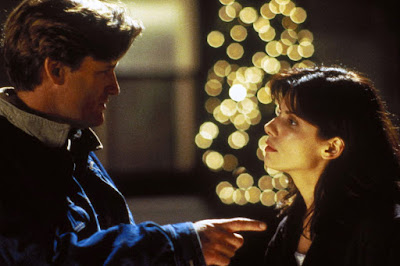 Most romantic comedies cast Bill Pullman to play the wrong guy, whether he's the ultimate Baxter in Sleepless in Seattle or quite literally Mr. Wrong. While You Were Sleeping is one of the best romantic comedies because it wisely lets Pullman play the leading man opposite Sandra Bullock in one of her best roles as an oversized brown sweater. The premise is ludicrous, but that's true of so many romcoms. The cast is amazing and everyone is so sweet and sincere and likable. I love this movie. 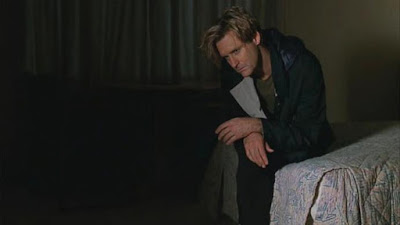 Here it is, the movie that cemented Bill Pullman as one of my favorite actors. This is his best movie and his best performance, playing a deeply eccentric private investigator named Darryl Zero (complete with a beleaguered assistant played by a high-strung Ben Stiller) hired to find a missing key and solve a blackmail case. It's a great mystery and an even better character piece, with Pullman never better. Nowadays writer/director Jake Kasdan is too busy making hugely successful Jumanji movies to ever revisit the character, but the fact that we didn't get half a dozen Darryl Zero movies will forever break my heart. And, no, the failed TV pilot (starring Alan Cumming) doesn't count. Pullman is Zero. 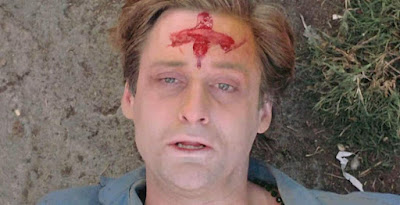 Normally we'd wait until the overnight portion of our marathon to get into horror movies, but Bill Pullman has made so many horror films that we have to start in prime time. Let's start with his leading turn in the late, great Wes Craven's voodoo-inspired horror, The Serpent and the Rainbow. I remember being terrified by the commercials for this movie as a little kid. I didn't even understand what it was about, but something about the image of a guy being buried alive really upset me. These days, I find it fascinating as a part of Wes Craven's filmography because it's quite different from the rest of his body of work. I can't wait to cover it on Cravin' Craven. 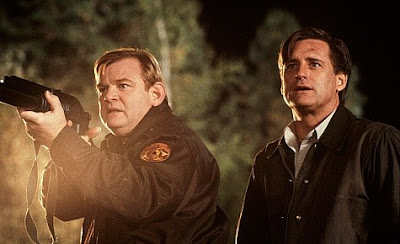 I've always been a fan of this horror comedy, which finds Bill Pullman, Bridget Fonda, Brendon Gleeson, and the great Oliver Platt hunting a giant crocodile. It's jokey, yes, but Steve Miner directs it in his usual effective, workmanlike manner and the performances are all super fun. The critical consensus has finally started to change on this one, because it's been 20 years so of course it has. I'm happy to see more people coming around on it. 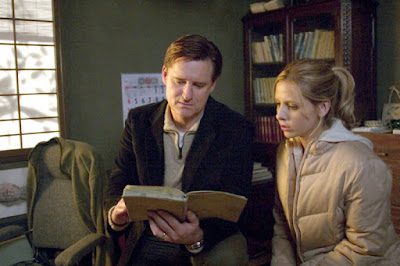 I don't love this American remake of Ju-On (also directed by Shimizu), but it's Bill Pullman doing horror so we're going to watch it overnight. If there's a problem with this movie, it's that there's not enough Pullman in it. If there's another problem with this movie, it's a bunch of stuff. It hasn't aged especially well; the open-mouthed ghosts that pop out throughout have become a parody of themselves. 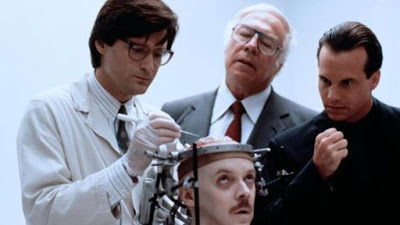 This relative obscurity from 1990 marks the only time Bills Paxton and Pullman would share the screen, reason alone to make it the stuff of legend. He plays a doctor specializing in the human brain who's going crazy (or is he?); Paxton is his sleazy corporate boss. I'm a fan of the movies Adam Simon made for Roger Corman, including this one, even if I don't always have the patience for the "is this real or isn't it?" games it plays for much of its running time. It's a good choice for this time of the night, and the film's use of malleable identity should lead perfectly into our next movie. 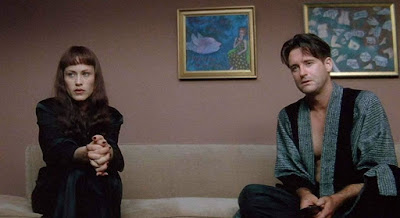 Finally we arrive at the ultimate overnight movie, one of my favorite Bill Pullman roles and what has to be my favorite film by David Lynch. He plays a musician whose wife (Patricia Arquette) might be cheating on him...for a while, at least. Then he turns into Balthazar Getty. It makes sense when you're watching it. Lynch would rework many of the same themes to greater critical acclaim (and, I believe, commercial success) a few years later in Mulholland Drive, maybe the best movie of the 2000s. I love, love, love that movie, but my heart will always belong to Lost Highway. It's among the most nightmarish of his films, which is really saying something considering his body of work, and uses the iconography of Bill Pullman as both the Nice Guy and the Baxter in its favor. This would be a great movie to watch when we're totally sleep deprived, so I deliberately saved it for 3 a.m.
5:15 am - Malice (1993, dir. Harold Becker) 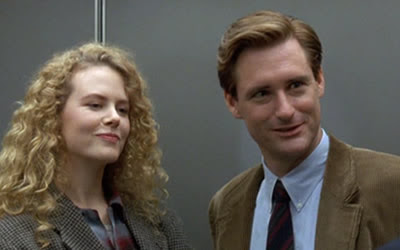 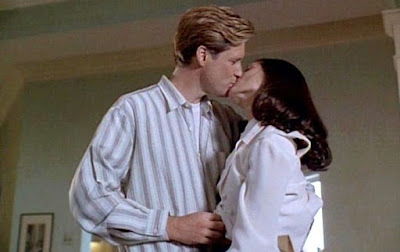 After a lifetime spent mostly playing nice guys, it's great to see Bill Pullman play a piece of shit. This neo-noir is best known for Linda Fiorentino's performance as the ultimate femme fatale (Roger Ebert famously said she was robbed of an Oscar nomination because of a technicality regarding its release), and she's great, but I'd be lying if I said I didn't enjoy Bill Pullman the most every time I watch it. He's her scumbag husband, a would-be doctor selling stolen drugs and chasing down Fiorentino for the money she stole from him. It's great to see Pullman turning so much of what we like about him inside out to create a character that's despicable. Fiorentino is an all-timer here, but Pullman is also sneaky great. 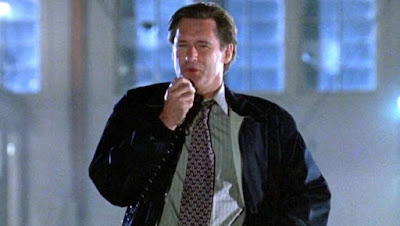 There's no better way to close out our marathon than seeing Bill Pullman elected president, saving both the country and the world from a hostile alien invasion in Roland Emmerich's delightfully goofy (and delightfully stupid) B-movie epic. What shines through most here is his innate decency -- a sturdiness that's just as convincing sitting behind the desk of the oval office as it is behind the controls of a fighter jet. In a movie full of really fun turns from a deep, deep bench of actors, Pullman's turn as President is my favorite. Who could have nailed that speech better? That's why he's the best.