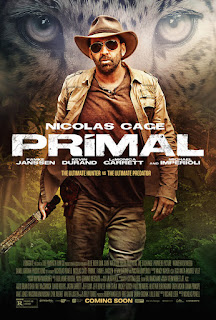 Primal (2019, dir. Nicholas Powell) After a long absence, I Stream, You Stream returns as a semi-regular column! What better way to kick it off than with a double dose of Cage? One of his latest DTV efforts just showed up on Prime, casting him as a big game hunter who finds himself on a ship with a terrorist. It's basically Under Siege but with a CG jaguar. The cast, which includes Famke Janssen, Kevin Durand, and Michael Imperoli, is overqualified and the movie feels kind of cheap overall (no surprise there), but Cage is having a great time and the movie is super entertaining. Watching this one earlier this year is what sent me down the rabbit hole of watching every single Nicolas Cage DTV movie, so consider yourself warned. Primal is a gateway drug. (Watch on Amazon Prime Video) 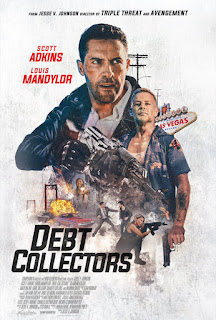 Debt Collectors (2020, dir. Jesse V. Johnson) Scott Adkins and Louis Mandylor return in the sequel to 2018's excellent The Debt Collector finds the pair reuniting (and surviving death) for another round of collecting debts. It's in the title. The two actors have fun chemistry together, with Adkins once again being a standout. I love how his tightly-wound character from the first film has changed in the sequel and embraced his dark side. The action is great because of course it is (Jesse V. Johnson doesn't fuck around), and while I didn't like it quite as much as the first movie, it's a more than worthy sequel. For some reason, this is called Debt Collector 2 on Netflix. (Watch on Netflix) 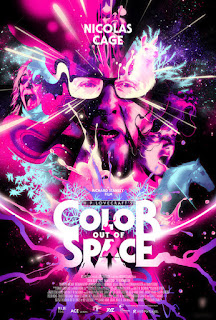 Color Out of Space (2020, dir. Richard Stanley) One of my favorite movies of the year just appeared on Shudder this week. The second (and better) Nicolas Cage movie of this week's column finds him as a nice guy family man whose family is turned upside down -- in some cases, literally -- by the arrival of a strange meteor. There is stuff in this movie so nightmarish I still haven't forgotten it. I hope it leads to more Richard Stanley movies. Thirty years between projects is too long to wait. (Watch on Shudder) 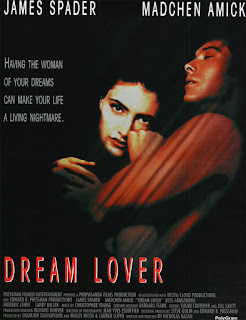 Dream Lover (1994, dir. Nicholas Kazan) Super hard to see for a long time, this '90s erotic thriller just popped up on Amazon Prime this week. It's terrific until it becomes nasty and misogynistic, but let's focus on the terrific part. My hero James Spader falls in love with Madchen Amick (who could blame him) without knowing much about who she really is. This is a problem. There's at least 2/3 of a great movie here. Watch it for the performances and because you couldn't for so long. Unfortunately, the version on Amazon is the R-rated cut. An unrated cut does exist. (Watch on Amazon Prime Video)
Posted by Patrick Bromley at 12:00 PM