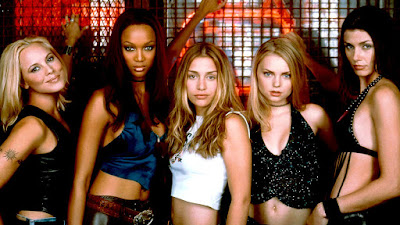 Winner of Favorite Supporting Actress in a Comedy/Romance (Mario Bello) at the Blockbuster Entertainment Awards.

Welcome to 2K Replay, the home of the year 2000 in film. This week I’m revisiting a movie for which I was in the prime demographic: Coyote Ugly.

• Best Scene/Moment: Any time John Goodman shows up to elevate the proceedings.

• Best Food: At the beginning of the movie, Violet (Piper Perabo, who I thought would be a huge movie star) works at a New Jersey pizzeria where everyone is like “Aye, where’s my slice?” followed by her hurriedly cutting the pie. I love that stuff.

• Best Song: The obvious choice is “Can’t Fight the Moonlight” by LeAnn Rimes but instead I’ll go with “Pour Some Sugar On Me” by Def Leppard because “When in Rome…”

• Best Merch Available on eBay Right Now: A “Promotional Shoulder Laptop Backpack Bag” with Coyote Ugly branding for $45.00. There’s no better way to tell people that you’re all business at the bar each night, but you work hard for the money on your laptop during the day. 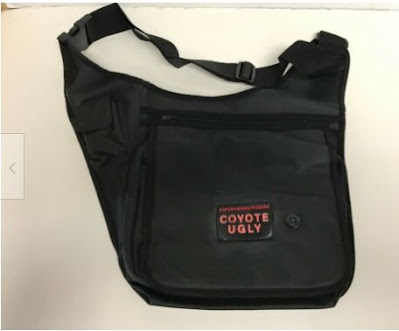 • Director Check: Coyote Ugly was directed by David McNally, who went on to direct Kangaroo Jack (unseen by me) and later some television. This is one of those movies that more bears the auteur stamp of its producer (Jerry Bruckheimer, returning to his Flashdance formula) than its director.

• Autobiographical Pause: I got kicked out of a Coyote Ugly bar in Florida on New Year’s Eve 2006. Here’s what happened. I went to the bar with friends and was wearing (what I thought was) a sweet fedora. One of the Coyotes made fun of my hat. Then she made fun of it again. And again. Then more people at the bar started making fun of me and my hat. Eventually I went to the bar and ordered another drink from that same bartender. I tipped her $20 and said, “Maybe stop being such an asshole” and I walked away. Before I could think another thought, I was escorted out of the establishment by bar security. Like, I get it, but I also don’t get it. I just wanted to sing “Auld Lang Syne” with a room full of strangers and this Coyote wanted to watch the world burn. 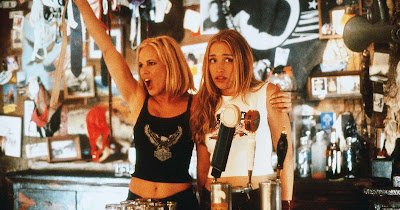 • Double It with This 2000 Movie: Charlie’s Angels

• Year 2000 Movies to Trailer Before It: Bring It On, Erin Brockovich, Miss Congeniality

You can take the Coyote out of the bar, but you can’t take the bar out of a Coyote.

• Only in 2000: There are so many choices. I could pick Adam Garcia and his spiky haircut, Izabella Miko, Johnny Knoxville cameo, LeAnn Rimes etc. but I’m going to go with the scene where the women are dancing on the bar and pouring pitchers of water on each other while Kid Rock’s “Cowboy” blares on the jukebox. 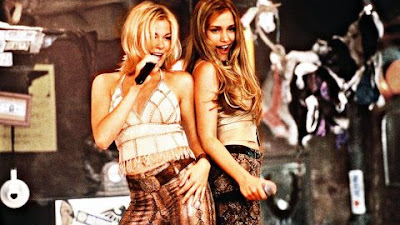 • Scene Stealer: Melanie Lynskey, who plays Piper Perabo’s best friend. I can’t help but think how Coyote Ugly would probably be more interesting if Melanie Lynskey was the lead.

• I Don’t Miss: That Coyote Ugly bar in Florida.

• What I Thought in 2000: I read Maxim back in 2000 so this movie was Batman (1989) level anticipated by me. I remember being surprised by how sweet it was compared to the more hormonal version I expected from the marketing.

• What I Think in 2020: Coyote Ugly is very easy to leave on, well-shot and has some charming performances, but also generic and predictable. It’s not better or worse than it should be.
Posted by Patrick Bromley at 5:00 AM