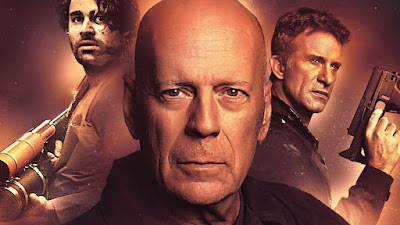 The review duo who want their own Bruce Willis hologram.

Rob: In The Distant Future, a plague threatens to eradicate all life on Earth, forcing a select few million chosen people onto interstellar lifeboats in an attempt to rebuild the species on a new planet. Noah (Cody Kearsley) has stowed away on one of these arks (Get it?), posing as a member of the maintenance crew in order to be with his pregnant girlfriend, Hayley (Kassandra Clementi), whose father (played by Thomas Jane) is the ship’s irascible commander. Things go from bad to worse for Noah when a mysterious creature begins picking off the crew. Now, Noah must team up with veteran badass Clay (Bruce Willis) to save the ship. Breach, directed by John Suits, also stars Rachel Nichols, Johnny Messner, and Swen Temmel.

Adam: I missed the Noah’s Ark bits. Either the storytelling was subtle or I was on my phone.

Rob: The long and short of it is this: Breach is not the worst DTV Bruce Willis actioner I’ve ever seen. Bruno is present and awake through most of it, even flashing a little emotional depth from time to time. It’s Jane playing the standard DTV Willis role, actually: He has about two scenes and probably worked half a day. Other than that, Breach is pretty bland. It’s two measures of Aliens, one of Event Horizon, a dash of Snowpiercer, shaken and poured into a chilled glass of Dawn of the Dead. My major complaint is that it feels like the filmmakers may have strived for something real had they not been saddled with the Willis and Jane of it all. Their salaries likely ate up much of a budget that would have been better spent elsewhere.

Adam, what did you think of Breach? 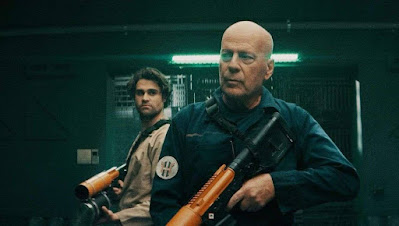 Adam: I kept getting Resident Evil (2002) vibes from Breach. The movie started okay but I quickly lost interest after the first act. The word “forgettable” is what immediately comes to mind for me when I’m trying to remember Breach. I was having fun near the beginning because Thomas Jane tried on a voice that sounds like Jim Varney when he’s playing the snake wrangler in Ernest movies. But then he exits the movie to go into cryosleep and we don’t see him again for a large chunk of the movie. Our lead, Cody Kearsley, seems like a nice guy but he doesn’t capture my attention here. I kept thinking he was a burgeoning DTV action star but as it turns out he’s known for the series Riverdale primarily. The real factor of interest for me with Breach (besides Thomas Jane) is Bruce Willis. I think he’s giving a petulant performance even by Bruce Willis standards. It’s like he took a Not Giving a Shit scale of 1-10 and recalibrated it to 12. Some of this is masked by the fact that his character is constantly drunk, but there are so many times Willis pops up on screen where I felt uncomfortable, like he was specifically mad at me as a viewer. Most of his dialogue consists of put downs or angry questions like “What are you doing?”

Rob: I agree, and I think the emotional depth I was referring to came in a scene in which he admits to not being the bruiser that Noah thinks he is. He actually whispers and has a bit of nuance for half a second, which somehow felt like a lot more than he’s given lately.

Adam: I found the Bruce Willis hologram that pops up throughout the movie to irritate/help Cody Kearsley to be somewhat amusing as a visual, so there’s that. I think my favorite part of Breach is the creature effects at the end. It’s not revelatory but the monster is kind of cool looking and I wish there was more of that throughout the film, as opposed to crew members turned into bile spewing zombies.

You’ve seen more Willis DTV than I have. Was he ever happy or invested in any of these movies?

Rob: The popular Hollywood gossip on Willis’ DTV career is that he works for a million dollars a day, and a lot of these smaller action movies shot in Romania are only getting green-lit in the first place due to his participation. Most of his performances are variations on this character: Hardened tough guys who boss people around just long enough for him to appear on the poster. His worst performance is probably in Air Strike, a movie I still can’t believe we actually watched. It felt like he was at least trying in Once Upon a Time in Venice, a rare lead performance, and one in which he seems to be playing around with his persona. Most of his work falls into the Trauma Center range, though: He has one or two dramatic scenes and then flashes a gun for a bit while scowling. It’s all just paycheck work. I have to imagine he’s still getting quality scripts, but I honestly don’t think he’s interested in stretching himself as an actor enough to explore anything new. He’s comfy just riding out the rest of his career on autopilot.

Here’s a question: What current A-lister do you think will eventually transition to a quality DTV career?

Adam: That’s a phenomenal question. Before Bad Boys for Life was a hit, I thought Will Smith was likely to go this route eventually. Part of the formula is the actor seems like they still want to be the lead of their films while Hollywood might not see them as bankable in that role any longer. A few I think could be next are Kate Beckinsale, Milla Jovovich, Halle Berry, Ryan Reynolds, Dwayne Johnson, Mark Wahlberg, and Liam Neeson. There are two I’d be the most interested in as DTV stars: Edward Norton and Russell Crowe. I think those guys would be more akin to Nicolas Cage and John Travolta, where they still bring a lot of effort to their projects. I want Patrick to answer this question in the comments. 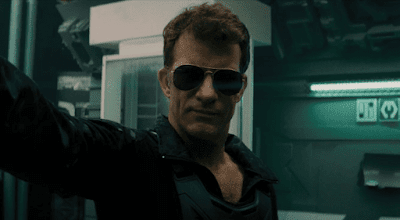 Rob: Your list is great because it’s made up of actors whose signature genres are going the way of DTV, anyway. Neeson and Crowe are for sure already on their way there, as is Gerard Butler (He’s starring in the upcoming Den of Thieves 2: Pantera). It’ll be especially interesting to see where the line between prestige streaming movie and cheap DTV filler will be drawn in the coming years, and how DTV royalty like Scott Adkins will adjust to the new landscape. How will we differentiate between A and B movies in the age of Netflix? How will actors and their agents draw the distinction? It’ll be interesting.

Anything else on Breach?

As for me, I’ll be watching Russell Crowe movies the rest of the day. I’m looking at you, A Good Year. Thanks for the inspiration.

Rob: Our Bomb Squad series returns next week with Adam’s pick: 2006’s Poseidon. Until next time…