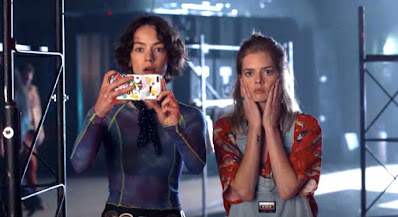 Catching a few notables that fell through the cracks. 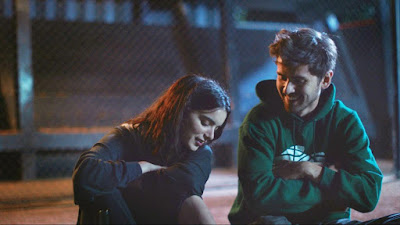 My #1 movie crush of 2020 is Dylan Gelula as Maggie in Cooper Raiff’s extraordinary debut, Shithouse. The Unbreakable Kimmy Schmidt star shines in a role that could very easily have been a cruel caricature, a bowdlerized Emo Girl stereotype who frustrates our charismatic male lead with her heartless indecision and seemingly-unmotivated abandonment sometime late in the second act. And while there’s certainly a clipped-wing angel vibe to Maggie, Gelula never lets her feel like a one-dimensional love interest. We want her and Raiff’s Alex to end up together, sure, but not out of circumstance. Not because they’re both hot and awkward and it’s fun when people kiss each other on each other’s mouths. Even if they don’t see it right away, we know their attraction is more complicated than that. Moreover, Gelula projects the kind of internal strength that makes us root for her development as an individual and not just as an appendage for our designated hero. It’s not showy or dramatic, but it’s one of the key performances of 2020. 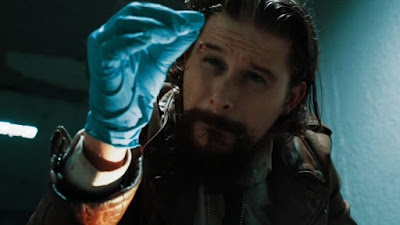 I’m a complex guy with complex tastes. I can’t honestly tell you why irreverent black comedies like Tyler Cornack’s Butt Boy, Steve Collins’ I’ve Got Issues, and Quinn Armstrong’s Survival Skills stood out to me when so many other indie offerings fell flat. There’s no accounting for taste, after all, and I’m secure enough in my individuality to celebrate these weird-ass movies even after most of the world has dismissed them. But I have to imagine that someone out there will also appreciate a detective noir about a cop on the hunt for a man who puts all manner of things up his bum. I know I’m not the only one who often finds himself lost in the kind of existential malaise that makes me wonder why we bother to spin on this tiny blue space marble. And I’m more than willing to bet that enough of us work in careers that make us question our values and our faith in the human experiment. None of these idiosyncratic curiosities will garner attention this awards season, but that’s why I’m here, folks: to force this bizarre shit into the conversation.

3. Beanie Feldstein in How to Build A Girl 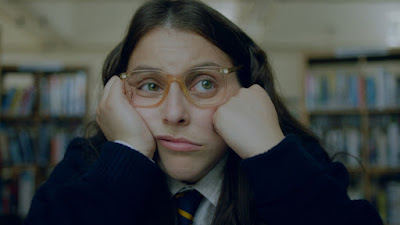 Follow me on this one: I don’t think Caitlin Moran’s How to Build a Girl is a particularly good movie. It’s snarky and vulnerable, yes, but there isn’t enough meat on its bones to make a lasting impression. Worse, I think Beanie Feldstein’s English accent is actively, distractingly bad. But here’s how much I like the Booksmart star: I’m going to write about How to Build a Girl, anyway, mostly because it takes a big swing and because I haven’t read a single thing about it anywhere else. I mean, be honest: Is this the first you’re hearing of this movie? I bet it is. Nevertheless, Feldstein is a first class charm factory as Johanna Morrigan, whose overnight transformation from high school nobody into notorious music journalist forces her to come of age in the most brutal and compromising ways. She drinks, parties, and falls in love with a rock star (Game of Thrones’ Alfie Allen). She learns humility and grace. She grows wiser. How to Build a Girl isn’t the breakout that it could have been, but Beanie Feldstein is absolutely one of our next big stars. 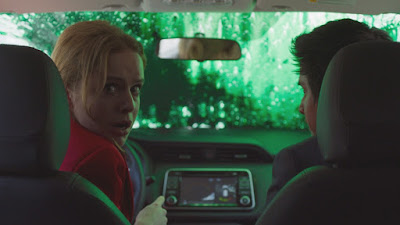 In this unprecedented period of social and political unrest, it feels like Michel Franco’s “Mexican-French dystopian art thriller” (as described on Wikipedia) was worthy of a bit more attention than it was given by the mainstream film press. We follow a wealthy Mexican family whose swanky house party is turned upside-down when a group of domestic servants and other blue-collar rabble rousers decide that they’ve had just about enough of their bourgeois attitudes, sparking a working-class revolution that pits brother against trust fund brother in a fight for the country’s ultimate future. It’s another film that I didn’t love, but I have to admit that New Order’s brutal violence and uncompromising social commentary is a necessary accompaniment to our Current Nauseating Political Nonsense, and just maybe a bit of inspiration for those who feel hopelessly stuck in an economic system that has long since abandoned 99% of the workforce. Anyway. Movies are fun, right? 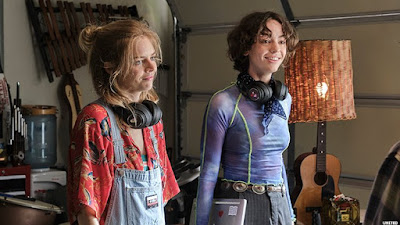 We’re far enough removed from the release of Bill & Ted Face the Music that I can admit that, well-intentioned and celebratory though it may be, I think the movie itself is just okay. It’s a sweaty puff piece that doesn’t entirely justify a reboot of the Bill & Ted franchise, but it’s also a fun nostalgia trip that will forever be a recipient of what we’ll one day describe to our grandchildren as The Quarantine Bump. Weren’t we all just so happy to see it? We were, and I appreciate that respite from our harsh reality just as much as anyone else. And as charming as The Firm of Winter and Reeves may be, the real standouts of Face the Music are unequivocally Thea and Billie, the musical powerhouse who — spoilers, I suppose — end up responsible for the true unification of humanity. Weaving and Lundy-Paine embody the spirit of their cinematic dads in the best possible ways, replicating that relentless enthusiasm while simultaneously evolving it into something greater. Together, they make for a most triumphant final entry in a classic saga.

How about you? What didn’t get enough movie love in 2020?
Posted by Patrick Bromley at 5:00 AM