2K Replay: KISS OF THE DRAGON 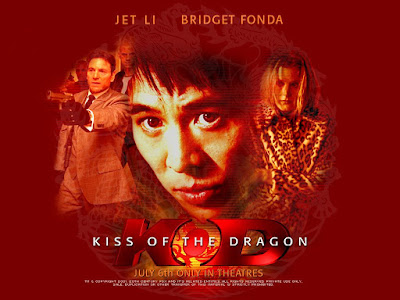 Nominated for “Choice Wipeout” at the Teen Choice Awards. But which wipeout? There’s so many!

• Best Scene/Moment: The climax of Kiss of the Dragon is pretty terrific. First, Jet Li beats up a dojo full of blackbelts, then he goes up against identical twin henchmen (so much broken glass), and ultimately has a boss fight with Tcheky Karyo that’s capped with Li telling Karyo what the “Kiss of the Dragon” poison he injected him with is going to do to him. It’s unpleasant.

• Best Food: Jet Li’s character hides out for part of the movie in a Chinese restaurant that makes shrimp chips. There’s a scene where Bridget Fonda eats a bunch of them with rice and it made me hungry.

• Best Song: This was an easy choice – “Lapdance” by N.E.R.D.; great fight scene music and the band rules. 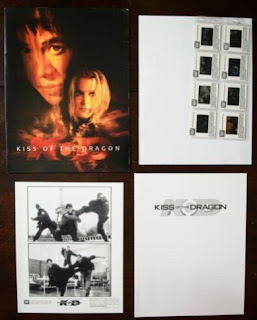 • Best Merch Available on eBay Right Now: A Kiss of the Dragon press kit for $17.99! You get a Kiss of the Dragon branded folder (I need a folder!), an 8x10” black and white production photograph, eight 35mm color production slides and a production information handbook. If you have kids, give this to them and watch them be the envy of their school’s next Show & Tell. Is that still a thing in schools?

• Director Check: Kiss of the Dragon was directed by Chris Nahon ,who IMDB writes is a “noted French commercial and music video director.” Kiss of the Dragon was his feature directorial debut, followed by a few films I haven’t seen – 2005’s Empire of the Wolves, 2008’s Blood: The Last Vampire, and 2016’s Lady Bloodfight. I’m surprised he didn’t make more Hollywood action movies after Kiss of the Dragon. He knows what he’s doing. 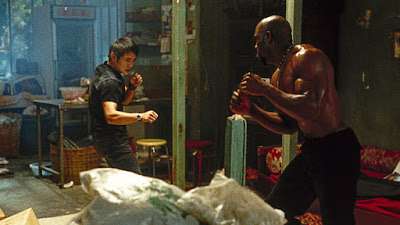 • Draft Day or Kiss of the Dragon? Draft Day

Here’s a junket interview from the time of the film’s release. Jet Li seems like a nice dude. It’s interesting that he made Kiss of the Dragon in part because his fans contacted him on his website saying the fight scenes in Romeo Must Die sucked in comparison to his older films (I still like Romeo Must Die).

• I Don’t Miss: The era (era) where many actresses had to play a stripper or prostitute at some point in their career. 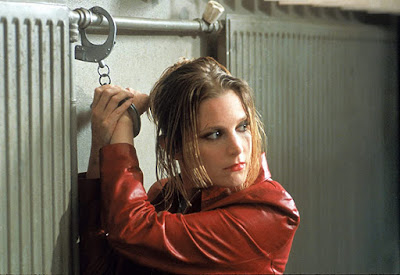 • What I Thought in 2001: I was a huge fan of Kiss of the Dragon when I saw it in theaters. I remember everything with Bridget Fonda being problematic (because of the role she’s asked to play, not because of her performance) but the action scenes (done mostly without CGI and wire work) were spectacular. Of his Hollywood work, Kiss of the Dragon was my favorite Jet Li movie back in 2001.

• What I Think in 2021: I love it. Kiss of the Dragon has aged very well. This time I was surprised how much I liked Bridget Fonda’s performance. She imbues the film with heart, which makes the action sequences in the second half more effective. I miss these early 2000s action movies that were martial arts/hip-hop Venn diagrams. This is still my favorite Jet Li movie.
Posted by Patrick Bromley at 5:00 AM