Movies is Good Looks at Books

You know, books... for when the internet is down.

I recently got my hands on Mark Harris’s terrific Mike Nichols: A Life, and it reminded me of how much I like to read. I often forget for short periods that I like to read. (I also often forget for short periods my name, my social security number, and where I am, but that is a story for another day.) Patrick and I have expressed admiration for Harris’s previous book, Pictures at a Revolution: Five Movies and the Birth of the New Hollywood, several times on previous podcasts. For his newest book, Harris spent five years interviewing more than 250 people who worked with Nichols, including comedy partner Elaine May, wife Diane Sawyer, and scores of writers and actors who collaborated with Nichols during his seventy-year career as a movie and stage director. It’s an impressively researched tome. 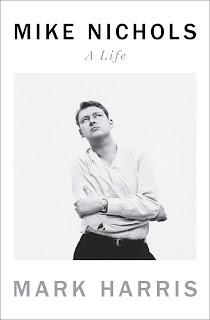 All of those facts would come to naught, though, if Harris did not possess the intellect to talk about the work of Mike Nichols in a new and surprising way. Nichols’s story is very much the story of show business in the second half of the twentieth century, from hits like Barefoot in the Park and The Odd Couple on Broadway to groundbreaking films like Who’s Afraid of Virginia Woolf? and The Graduate; from curiosities like Fools and The Fortune to downright disasters like The Day of the Dolphin and What Planet Are You From?; and from misunderstood gems like Catch-22 and Heartburn to late-career triumphs like Spamalot, The Birdcage, and his revival of Death of a Salesman with Philip Seymour Hoffman and Andrew Garfield. Has any director had a longer and more varied career?

Harris tells the tale with energy and wit. He actually got to know Nichols personally when Nichols worked with Harris’s husband, Tony Kushner, on the epic HBO production of Angels in America. The book is full of fact, analysis, and just enough show business gossip to keep the reader turning the pages. Who knew that Gene Hackman was supposed to play Mr. Robinson in The Graduate? Who could’ve guessed that Walter Matthau was such an asshole? This book is highly recommended—get it and read it before the end of the pandemic frees up your schedule for more frivolous pursuits like “work” and “family.”

For some reason (COVID) I got out of my habit of checking the Amazon machine every six months to see if BFI had published any more of their tasty monographs in the “Film Classics” series. I used to own almost every one of those delightful little books. Every semester, I would force my students to choose a BFI book, pretend to read it, pretend to see the film profiled in the book, and then write a short essay in which they lied about reading the book and seeing the film.

BRIEF ASIDE: Reading those conglomerations of lies was always a stitch. The small handful of students who actually did the assignment had their third eyes squeegeed quite clean by the magnificent verbiage in the BFI book (whichever one they chose), enjoyed a genuine classic movie, and got to spend a few hours deciding if they agreed with whatever thesis the BFI author was dishing out. Delicious! Those who chose to lie their way through things got zilch. 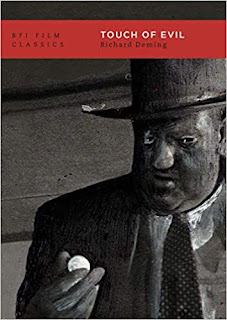 Last year’s additions to the BFI series include monographs on Touch of Evil and Near Dark, two of my favorite films. In keeping with the rest of the series, the books are a delight: they’re crammed with original thought, insight, and research. Richard Deming is Director of Creative Writing at Yale and tackles Touch of Evil. Stacey Abbott teaches Film and Television Studies at the University of Roehampton in the UK and takes a bite out of Near Dark. Both books are highly recommended. If you have ever read a single BFI monograph, you know what I mean in terms of their high bar in curating the series. You will learn things about these films you never knew and think about these films in ways you have never thought about them. Hooray! 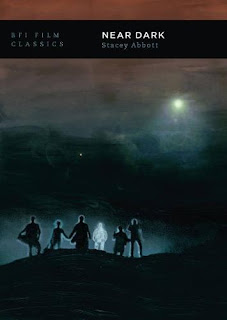 Finally, we come to the personal essay. I certainly got a belly full of those while earning my master’s degree in “The Teaching of Writing” at DePaul University in the late 1940’s. The professors there were enamored with the personal essay and favored it over all other kinds of writing, which is ironic because the death of print journalism brought about a steep decline in the availability and popularity of personal essays. Or perhaps it’s not ironic at all, given that the triumph of the internet has brought us blogs and podcasts, which are nothing BUT personal essays. 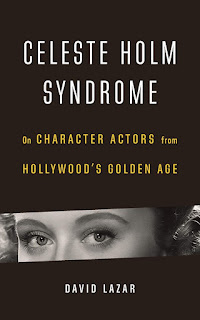 For Christmas, my wife gifted me a copy of Celeste Holm Syndrome: On Character Actors from Hollywood’s Golden Age by David Lazar because “it looked like something I would like.” She got that right. Lazar writes about character actors, yes, but that’s always just a jumping off point for other matters and other thoughts. His ruminations, tangents, and ellipses are delightful, pointed, and deep. Lazar’s writing reminds us of what writing can be when it has a higher aspiration than merely listing things or recounting a plot.

Lazar is a Professor at Columbia College in Chicago; this book makes me want to buy him lunch someday. This is the rare book where, when I finished it, I went back and read it again just to savor the style of it all. God, Lazar can write! The final essay on Martin Balsam is worth the price of the book alone (especially since my wife paid for this book.) Highly recommended.

Have any of you pixies read anything movie-related recently that you would recommend? Tell us all about it in the comments section below!
Posted by Patrick Bromley at 5:00 AM