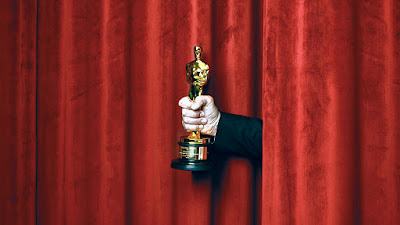 The review duo who will recut this column to draw subscribers to F This Movie Max.

Adam: Our annual Gripehouse column returns with each of us venting about two movie-related complaints. My first gripe is this year’s awards season, which is to the point of farce because the Academy Awards ceremony is in April and celebrating not just the films of 2020, but also the movies of January and February 2021. As I’ve gotten older, Awards Season is more of a curiosity for me than an active interest. It’s beside the point of saying that the wrong movies/performances are often the ones that win and a lot of the determining factors of what’s victorious are based on elements that go outside of the work (e.g. who worked the room best with voters, who is due for an award, who is the best option to take out an early frontrunner because the season is too long and we need third-act drama leading up to the ceremony).

I’ve liked a handful of the awards contenders very much (including Sound of Metal, One Night in Miami, Minari), but these choices feel weird in comparison to the Yes Day/Tom & Jerry-ification of the content world right now. I’m not saying those movies deserve to be nominated because they reflect the culture, but I’m saying that they show the stark contrast between what mass audiences accept as movies now and the art films the industry decided represent the best examples of itself this year. There has to be a return to the middle, where the awards movies are supremely well-made populist entertainment (it’s happening with TV series instead). The chasm is huge right now and the Oscars taking a longer victory lap this year only makes them seem more out of touch.

Rob: Is that return likely, though? This goes back to our discussion about the future of entertainment in which I expressed worry that it’s not just movie theaters that are dying, but actual motion pictures. As the field is diluted and media conglomerates merge, the Sure Bet is feeling more and more like the TV streaming series. The contrast you describe is only going to become more stark, with the Oscars growing more meaningless and self-serving as we enter this new era (era) in which motion pictures are the niche. Anyway, if there’s no monoculture, what’s actually being awarded? That entire machine (and I say this as a voting member of critics’ groups) has always been guided by an internal economy that far outweighed its artistic function, anyway. It’ll just become even more of a Hollywood Prom. 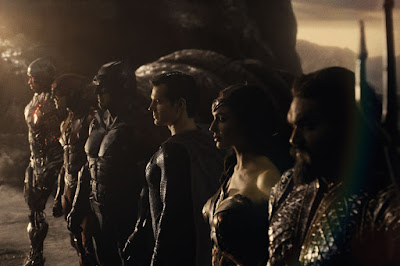 Speaking of media conglomerates, my first gripe is with WarnerMedia, LLC (a wholly-owned subsidiary of AT&T, Inc) for their involvement in the #SnyderCut debacle. And I want to be clear: I am generally not a fan of Zack Snyder’s movies. I find his politics to be reductive wank dressed-up as dudebro poetry and his movies to be loud, nihilistic schlock that many of the Worst Internet People have weaponized in a mindless culture war. My opinions don’t preclude him from making art, though, nor do I believe that his vision is entirely incongruous with the overall tone of DC Comics. My problem is not that I don’t like his takes on Superman or Batman (#BatfleckForever), it’s that his movies are incoherent nightmares that use editing tricks and false logistics to stitch together occasional flashes of genuine theme and character. They’re miserable, overwrought experiences that frequently border on unwatchable.

So, of course, I recently checked out Zack Snyder’s Justice League! Not surprisingly, I didn’t really like it. But I’ll tell you what: At least it’s coherent. At least it has character symmetry and a traceable narrative. There’s an actual voice at work! All the logical gaps and cut-corner story cheats are gone! This revelation sent me over to the Ultimate Edition of Batman v Superman: Dawn of Justice, a three-hour cut that — you guessed it — tells a far better story than the theatrical version. Again, I don’t really like either of these movies, but at least they’re frickin’ movies! Is a little more latitude all Snyder’s needed the whole time? My man has no feel for dramatic propulsion, but his big, goofy operas work a hell of a lot better if you pace them out as smaller acts (as #TheSnyderCut does) and not try to squeeze them down into a two-hour running time.

And, look: Studio executives will always meddle with creatives. That is their purpose. Good producers temper the eccentricities of auteurs who go too far off the deep end. Good producers guide the ship and inspire confidence in the crew. Directors should be held accountable for their visions, and the executives funding their productions have a right to defend their own artistic integrity. But the chopping-down of Justice League had nothing to do with integrity. It was (allegedly) greedy assholes who wanted to make their company look more profitable on the eve of its purchase by AT&T and refused to delay the movie’s release because it threatened their yearly bonuses. Snyder was apparently being ousted from Justice League’s inner circle long before the family tragedy that necessitated his departure. He was blamed for the relative failure of the DCEU (rightly or wrongly) and circumvented in favor of a more Marvel-esque retooling. The resulting Justice League was a mealy-mouthed copout by gutless middle managers who wouldn’t know a good Superman movie if it came up and punched them through a skyscraper.

And again, to be clear: Executives should intervene with troubled productions, movies are businesses, running times are legitimate marketing concerns, and I’m well aware that I just bemoaned the culture’s move to streaming while chastising Warners for trying to meet the presumed needs of theatrical exhibitors. But this was not good-faith behavior from the Hollywood Dream Factory. It was cruel, monstrous manipulation by cynical people who have no business participating in the arts. Against all odds, this whole affair has made me a Snyder apologist. Who’d have thought?

Adam: The irony of it all is Zack Snyder’s Justice League was possibly greenlit only to drive subscriptions to HBO Max, which seems to be the business/creative priority for AT&T now. In any event, I’m glad Zack Snyder got the equivalent of a film as rebate out of it. I liked #TheSnyderCut a lot more than I expected. I appreciate it as this big dork thing, like a guy who loves something so much he needed to spray paint it on the side of his van. It’s so strange because his earlier DC movies made it seem like he actively disliked the characters and wanted to take the piss out of them. Snyder’s a director that’s real hit-and-miss for me but there’s enough there where I want to give each new film of his a chance. I’m now more looking forward to his Netflix zombie movie, Army of the Dead, due out in May.

My other gripe is empty, impersonal enthusiasm. By this I mean Film Twitter/The Discourse, etc., saying things like “Frances McDormand is incredible” in Nomadland. Ok, why do you feel that way? Another is “This is the movie we need right now” to which I want to tell that person to shut up. The assumptive “we” consensus drives me crazy. The art is the art. I’m going to get what I get out of the art. I don’t want someone making declarative statements about it. The reason why is because it completely misses the opportunity for that person to say something informative, funny, personal or interesting. Your reaction to Godzilla Vs. Kong should tell me something about your point of view so don’t tell me it’s “badass,” and leave it at that or that it will “make monster kids happy.” Instead say something like “I enjoyed seeing a giant ape punch a giant lizard in the face” or “I grew up watching monster bashes that were limited by the technology of the time so it makes me happy seeing them as fully realized as I imagined as a kid.” I feel like reviewers forget that they’re writers sometimes. Tell me a story with your writing. I don’t need a consumer report for a low stakes endeavor like watching a movie. 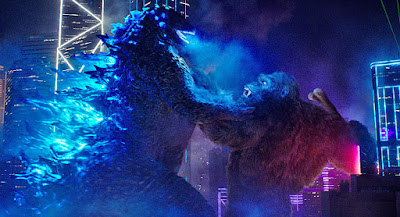 Rob: Most F-Heads know by now that I don’t really participate in The Discourse. I don’t post much of anything on social media or feel the need to weigh in on every topic as if I have some kind of following. This hurts me professionally, in a way, since personality branding is really important for writers in the social media age, but I find Twitter and Instagram to be incredibly toxic environments and am much happier keeping to myself. Any speaking I need to do comes through my writing. I write a lot. It’s really hard, and I work hard at it, as do you and everyone else on our site. That’s why I’m here. I believe we all have a passion for movies and express it because something in us needs to get out. Does this mean that you or I deserve a venue for expression more than someone else does? Not at all. But it does mean that those mindless Takes to which you’re referring — the ones that drive the larger cultural conversation — are often offensive in their laziness and make me wonder why I work so hard. If I can earn a salary tweeting “Minari is the delicate American tale we need right now,” then why the hell am I writing 800 words on SAS: Red Notice? If you’re a writer, then be a writer. Take your art seriously.

My last gripe is with big box retailers like Target and Best Buy continuing to downsize their physical media departments. I don’t just mean Blu-rays; I mean books, albums, and any other media for which there used to be entire stores. I understand that this type of media is dying — and that ordering it from online retailers actually saves collectors money on stocking fees, etc. — but it still bums me out. And this isn’t just the whole Last Blockbuster shelf nostalgia talking, either: It’s my frustration with the fundamental misconception that online streaming catalogues increase exposure for burgeoning young mediaphiles. It’s simply not true. Trust me: I’m a teacher. Most kids stay in their prescribed online lanes and rarely venture outside their curated algorithm. And it’s not that kids are less creative than they used to be. Nerds will always be nerds. But just because something exists to be found doesn’t mean that interested parties don’t need a curator (or, in this case, shelfspace) to show them the way. Those paths are disappearing, and that makes me sad. 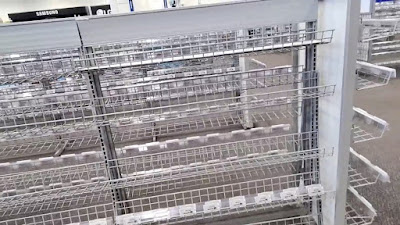 Adam: Yeah, it’s a downer for sure. I saw a poll recently on the careers kids want to have when they grow up and the top ones were Influencer and YouTuber and that made me worried. Through no fault of their own, kids seem to be more inclined to be creators than consumers, which, on its face, might not be bad, but if they don’t have any culture or experience to draw from then what are they going to create? Hopefully there are enough parents or teachers to guide younger people to older films and not rely on the algorithms entirely. I used to imagine sharing my physical media collection with a next generation of movie lovers and them excitedly discovering a world of cinema, but now I’m not even sure if they’ll want to look through what I own.

I wish I watched Speed Racer so we didn’t have to write a Gripehouse. Now I’m bummed out. Sorry, Rob.

Rob: Not at all. We all need a little time to reset. Next week, though, the Bomb Squad WILL return with 2008’s Speed Racer. Until next time…