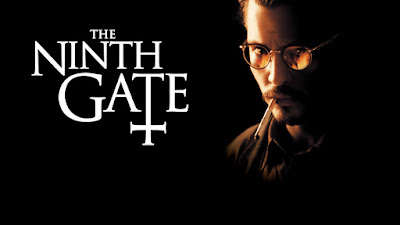 The review duo who wonder if every character’s hands smell of old books.

Adam: Our Hundos series - celebrating the 100th highest grossing film of a given year - continues with the year 2000’s horror mystery, The Ninth Gate. Let’s get the first part out of the way: The Ninth Gate was directed/produced/co-written by Roman Polanski and stars Johnny Depp. Both men have problematic elements to their off-screen lives, so that should be acknowledged and not ignored. Hopefully it won’t turn you off, as readers, to read a discussion of their film. Any praise I have for the movie is not condoning the personal lives of the film’s creators. It’s a tricky subject.

Rob: It’s essentially this: Depp and Polanski are controversial people. Everyone should take extra care when considering whether or not to consume or support their art. Us talking about The Ninth Gate is not a condemnation or endorsement of them as people. With that in mind, let’s get into the movie.

Adam: The Ninth Gate tells the story of a rare book dealer named Dean Corso (Johnny Depp), who is hired by a collector named Boris Balkan (Frank Langella, who wanted to draft Bo Callahan at #1) to verify the authenticity of his copy of a devil summoning book (titled The Nine Gates of the Kingdom of Shadows) against the other two remaining copies. Corso travels around the world meeting the owners of the other two copies and mayhem ensues. The film co-stars Lena Olin as the devil worshipping wife of one of the three books’ owners. 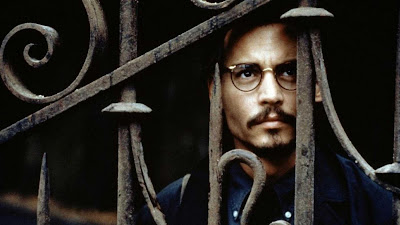 I saw The Ninth Gate when it was first out on DVD back in 2000 (it was one of my free Blockbuster Video employee rentals), but I remembered very little about it. This viewing felt much more like a first viewing. Overall, I like the movie. It’s like how I feel about Roman Polanski’s The Tenant, where it’s bizarre, paranoid quality appeals to me. I also enjoy a good horror movie about books like this and In the Mouth of Madness. For some reason, uncovering the horrific lineage of an old, crusty text evokes an atmosphere I enjoy. The Ninth Gate is what I’m going to call a “loose shoelace” movie. At first, it’s tight and then as the film progresses it begins to unravel into a shaggy, unwieldy thing. I read an essay about the movie in John Kenneth Muir’s bookHorror Films of the 1990s, that made me appreciate The Ninth Gate more. His analysis was that The Devil was basically an off-screen character guiding Depp’s protagonist to his eventual fate by appealing to his vices of intellect and curiosity. It wasn’t devout worshippers that The Devil wanted to present The Ninth Gate to, but rather an indifferent non-believer who it could clinically manipulate for its own purposes.

Rob: I was also thinking of In the Mouth of Madness quite a bit while watching this one, along with Eyes Wide Shut (which came out less than a year earlier) and, obviously, Rosemary’s Baby. I love the term “loose shoelace movie” and completely agree that it applies to The Ninth Gate. Even though it more or less consists of Depp walking in and out of private libraries, talking to hotel clerks, and having indiscriminate sex with whichever female character is currently sharing his scene, I found myself taken in by a lot of what the movie was doing and sharing Polanski’s clear tongue-in-cheek attitude toward its content. I agree with you (and Muir) that Depp’s character is unwittingly seeking the same supernatural catharsis as the more clearly devout characters and that it’s those minor vices and indulgences that let the Devil out of his cage. Cage? Shell? Underground paradise of hedonism? One of those.

Still, The Ninth Gate is an incredibly sleepy European movie that no one could be blamed for finding inert and devoid of traditional scares. It’s literally a movie about a protagonist searching for three copies of a book and contrasting the variations in their art and typeset. It’s not a barn-burner. It does, however, build a creeping sense of dread that — even though it never really pays off — can be engaging for those patient enough with its languorous pace. Ever wonder what sitting in a café next to Johnny Depp as he pounds whiskey and chain-smokes Luckys would feel like? I’ve got just the movie for you. 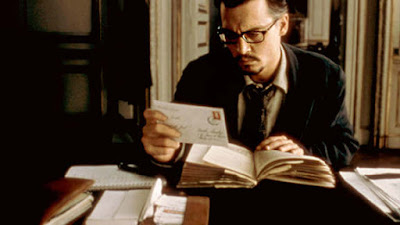 We were joking over text about how cool the job “Book Detective” must be, and it kept reminding me of Michael J. Fox’s “News Magazine Fact-Checker” job in Bright Lights, Big City — these jobs existed, at one point! You could make a career hustling WASPy millionaires out of their recently-deceased relatives’ antique books! And obviously academia does (and will, hopefully, always) exist, but the fact that a major motion picture starring a major motion picture star was produced about this subject matter makes me wish there was a shared universe of Book Detective movies.

Adam: They could easily make this movie about London After Midnight or some lost movie and a ‘Print Detective’ has to track it down. Wait, wasn’t that Masters of Horror episode called “Cigarette Burns?” (Checks: It is!). We should have gone into CineMug, asked to compare out-of-print DVD snap cases and drank espresso. I’m glad I wrote this sentence because literally only you will understand what I’m talking about.

Rob: It’s true, but it’s also my fervent hope that the entire world will soon understand the glory that was CineMug (RIP).

Adam: Did you have a favorite WTF moment or character in The Ninth Gate? I liked the climax with Frank Langella running amok and starting every sentence with “I alone…” He says it so many times! More people should speak this way. 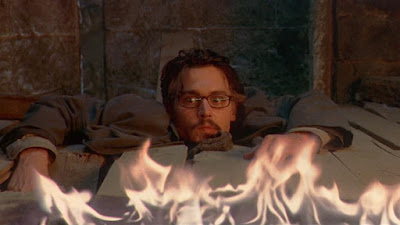 Rob: There’s a moment during a fight scene in which Emmanuelle Seigner’s character levitates down a staircase that had me rewinding at least three times because I legitimately thought I had hallucinated it. Even though the character had been coded as extra-human from the beginning, it’s a completely throwaway shot that isn’t commented on by any characters or followed-up on in any plot-specific way. It’s thematically relevant later, of course, but the movie almost dares us to blink and miss it. It’s kind of emblematic of the movie’s overall attitude toward its supernatural content: It throws it out of the corner of its mouth with a giggle and moves on.

You mentioned earlier that you enjoy the “uncovering the horrific lineage of an old, crusty text” subgenre (as do I). What movie would you double with The Ninth Gate, and what trailers would you play before it?

Adam: I would double The Ninth Gate and Angel Heart (not about books but a similar vibe), with trailers for In the Mouth of Madness, The Neverending Story, Jane Austin’s Book Club, Lemony Snicket’s A Series of Unfortunate Events and You’ve Got Mail.

It bothers me that no one in The Ninth Gate washes their hands after handling centuries old books. They would smell so bad. We’ll be back with the next entry in our Pixar series, discussing 2008’s WALL-E. Until next time...