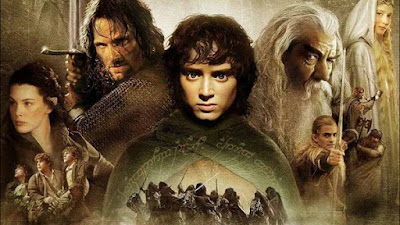 • Best Scene/Moment (tie): The whole “You shall not pass!” action sequence with Gandalf (Ian McKellen) and the fire monster or Boromir’s (Sean Bean) heroic, extended death scene. That speech he gives to Aragorn (Viggo Mortensen) is pretty spectacular.

• Best Song: The score by Howard Shore is one of the best of the 2000s, maybe ever. Putting that aside, Enya has two songs on the soundtrack – “Aniron” and “May It Be” – and “May It Be” is the banger of the two. 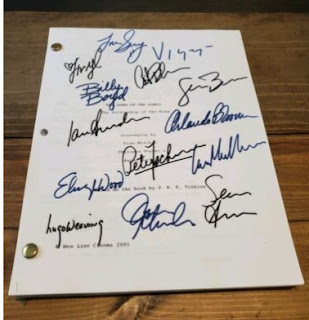 • Director Check: The Lord of the Rings trilogy was the high water mark of Peter Jackson’s career (that would be true of 99% of directors) and won him multiple Academy Awards and nominations as well as a blank check for a while to make pretty much any movie he wanted. Prior to Lord of the Rings, Jackson was known for splatter/midnight movies like Bad Taste, Meet the Feebles, and Dead Alive. He then moved onto establishing indie cred with Heavenly Creatures before making his studio mark with 1996’s The Frighteners. After LOTR, he continued the run of acclaim and box office with his mostly well-liked King Kong (2005) reboot before stumbling big time with the film adaptation of The Lovely Bones. Jackson went back to the well with The Hobbit trilogy, which was a mixed bag to be kind and now is establishing himself as one of the best documentary filmmakers going with 2018’s amazing They Shall Not Grow Old and the upcoming, much-anticipated The Beatles: Get Back. Despite not liking all his movies, Peter Jackson is a director I’m always rooting for.

• Double It with This 2001 Movie: Harry Potter and the Sorcerer’s Stone

• Year 2001 Movies to Trailer Before It: The Mummy Returns, Shrek, Spirited Away 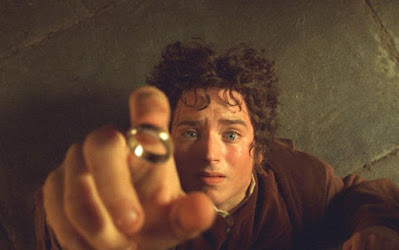 • Mall Movie? This is the rare elevated New Line Cinema Fantasy film, so it would have been at the big theater across town first and then eventually made its way to the mall theater deeper into its run.

• Scene Stealer: This is a tough call because everybody pulls their weight from the main cast. I’ll go with Sean Bean since he comes into the film around the halfway point and is a dominant focus in every scene he’s in after that.

• I Miss (tie): Christopher Lee and the days when movie studios were still trying to make blockbusters that would knock your socks off.

• I Don’t Miss: When films like The Fellowship of the Ring would take 8 months to go from theaters to being available on DVD. 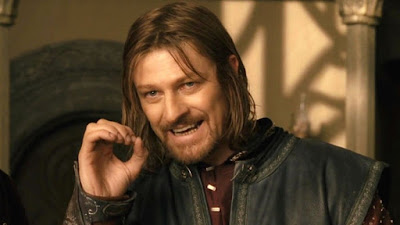 • What I Thought in 2001: I wasn’t a fan the first time I saw The Fellowship of the Ring. I got lost narratively early in the film and it felt like a 3-hour slog after that. It wasn’t until I went back a second time to see it at a dollar theater months later that I sat there, paid close attention, and came away a huge fan of The Fellowship of the Ring and The Lord of the Rings trilogy. Plus, in late 2001, I was all in on Harry Potter and the Sorcerer’s Stone and arbitrarily decided I couldn’t be both Team HP and Team LOTR.

• What I Think in 2021: I love it. I was lucky enough to get to see all three Lord of the Rings movies (theatrical cuts) in a row at the Music Box Theatre last weekend and it was an amazing day at the movies. I used to think The Fellowship of the Ring was my third favorite of the films but now I’m not so sure. This most recent watch was the best the film has ever played for me and I think it might be the best paced of the trilogy.
Posted by Patrick Bromley at 4:00 AM