Movies is Good: Ten Columns I Forgot I Wrote

The other night I was sitting in the palatial F This Movie! offices, enjoying a margarita on the rocks and re-reading some old columns. The search bar in the upper-left-hand corner of the home page is handy for this purpose, or the “Movies A-Z” tab on that same home page, or the secret archive of FTM column hard copies, printed on 100% virgin rag stock and hand-illuminated by itinerant monks. (Don’t forget to hit that donate button, we’re running low on monk chow!)

Sometimes I would notice a film that I had never heard of and/or never seen, but that sounded like something I would like. Then sometimes my click-through revealed that I had not only heard of the film in question, but I must have seen it too... BECAUSE I HAD WRITTEN THE COLUMN. I began to have a little more sympathy for Michael Stipe who, the last time I saw REM in concert, was availing himself of printed lyrics to all the songs on a small music stand. At the time, this had filled me with stupid anger: “Hey Stipe, I know all the lyrics to all of your songs, and I’m not getting PAID to sing them!”

Anyways, now I understand why my son claims that I repeat myself so much; it’s because I can’t remember that I’ve already said it. Here is a by-no-means-complete list of my favorite columns I have absolutely no memory of writing. Reading (re-reading?) them was a trip because I kept commenting to myself about “how goddamned insightful this JB fellow is.” 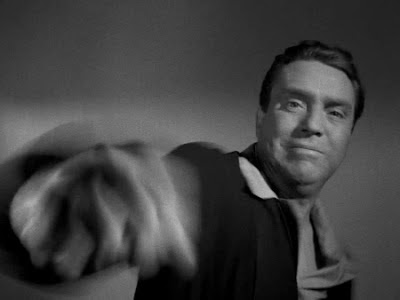 1. Man in the Dark in 3-D: The column that sent me down this rabbit hole. I do remember loading up on 3-D Archive/Ron Furmanek discs when I first bought a 3-D capable television nine years ago. This is the 3-D film noir that was completed in 11 days to cash in on the success of that year’s 3-D sensation B’wana Devil... and beat Warner Brothers’ big budget House of Wax into theaters by a full three days. Moderately thrilling, but does anyone even have a 3-D capable monitor anymore?

2. The Miracle of Marcelino: The only dim memory of this one I retain is my brother-in-law talking about it at the holidays and me going on a hard-target internet search to find him a copy. One of the most legitimately frightening films I have ever seen, Marcelino involves an orphan raised by monks (not Patrick’s monks, DIFFERENT monks) who gets a big surprise when he finally makes his way to the monastery attic where he has been told never to go. This column is notable for the great comments it received from friends-of-the-site Heath Holland and JM Vargas, assuring me that this horrifying curio was real and I did not simple dream it. 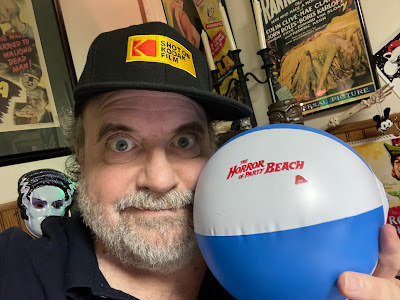 3. The Horror of Party Beach: Sure, I have had its theme song— “The Zombie Stomp” by the Del-Aires —stuck in my head for weeks at a time, but seen it? Review it? Buy the special edition Blu-ray from Severin Films that included a promotional BEACH BALL? I have no memory of this, but “it’s the living end.”

4. Three Strangers: A film re-teaming most of the cast of The Maltese Falcon, featuring my two favorite character actors of all time, Sidney Greenstreet and Peter Lorre? Well, obviously it exists, courtesy of Warner Archive. I have no memory whatsoever of this. Apparently, it involves the Irish Sweepstakes. 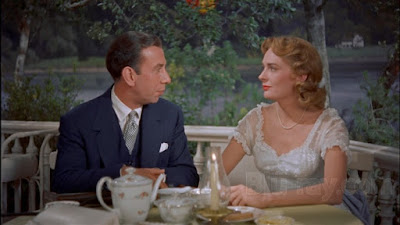 5. Deep in my Heart: Sigmund Romberg? What?

6. WHIFFS: Re-reading this one made me think that I had dreamt it. Elliot Gould in a black comedy about poison gas? Jennifer O’Neill four years after Summer of ’42? Eddie Albert ten years after Green Acres? Hilarious! 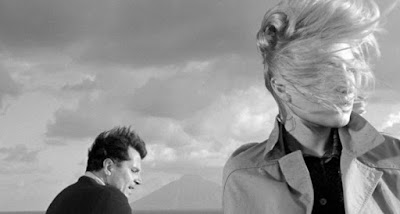 7. L’Avventura: While I remember hate-hate-hating this thing as an undergraduate film student, I did not remember ever revisiting it (shudder) or (heaven forbid) writing about it... Spoiler Alert: Life is dull and meaningless. Spoiler Alert: It’s DEEP.

8. Romance and Cigarettes: A John Turturro-directed musical starring Susan Sarandon, James Gandolfini, Kate Winslet, Steve Buscemi, Bobby Cannavale, and Mandy Moore? No memory of this, whatsoever, although I vaguely remember that Mandy Moore herself responded to our Twitter post, reminiscing about how much fun her first movie was... You might need to see this if only to say that you have seen the only film in which Oscar-winner Kate Winslet lip-synchs to Connie Francis! 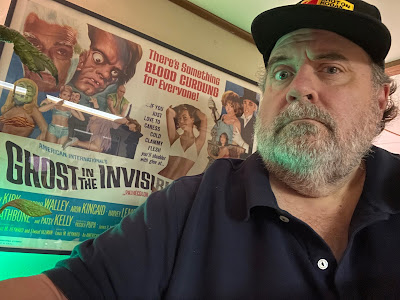 9. Ghost in the Invisible Bikini: As I explain in my article, I thought I had seen this for decades, but I was confusing it with How to Stuff a Wild Bikini. You would think I would remember any unofficial late entry in the AIP Beach Party series, especially one starring Boris Karloff and Nancy Sinatra; you would be wrong.

10. A Pistol for Ringo: This one disturbs me because, according to the site, I both saw this and wrote about it only three short years ago. Is it a pandemic thing? Is it my continued Spaghetti Western deep dive that renders all similar films interchangeable? For a short second, I thought this was the Western the Beatles almost made to fulfill their United Artists contract in 1967, A Talent for Loving.

Email ThisBlogThis!Share to TwitterShare to FacebookShare to Pinterest
Labels: a pistol for ringo, l'avventura, miracle of marcelino, movies is good, romance and cigarettes, the horror of party beach