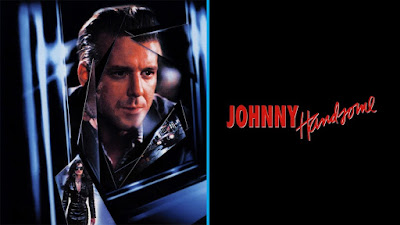 10 things about a Carolco Pictures release I finally saw after wanting to for over 30 years.

1. If you’re a fan of neo-noir, this movie’s especially for you. It has a disfigured anti-hero, a femme fatale, a committed cop, grimy locales, robberies, and more!

2. If I had to pick an actor that fascinates me the most, Mickey Rourke might be my choice. At times, I think he’s amazing and others I’m wondering what the hell he’s doing. He’s good in Johnny Handsome, especially when you consider how he underplays the title character where there was ample room to go over-the-top. He lets his villain co-stars (Lance Henriksen and Ellen Barkin) be the ones who chew the scenery.

3. Speaking of which, 1980s Ellen Barkin is something else. She’s a scene stealer in Johnny Handsome. 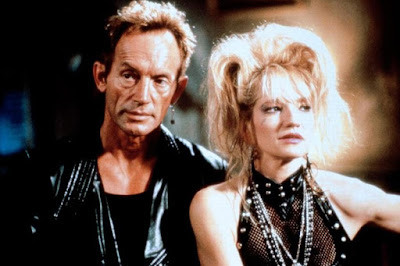 4. The makeup effects on Mickey Rourke during the first act of the movie are pretty spectacular. I like the choice Rourke and the filmmakers make to have Johnny Handsome’s speech be difficult to understand throughout the film and that it’s not entirely fixed just because his face is now movie-star Mickey Rourke.

5. This is a dirty movie. I don’t mean content either. It’s set in New Orleans and, between the locale, the cinematography and score, the whole thing feels filthy.

6. The supporting cast of this movie is unbelievably stacked – Morgan Freeman, Forest Whitaker, Elizabeth McGovern, Scott Wilson, Peter Jason, etc. It’s also neat to see some of them in earlier roles before they became stars and Academy Award winners.

7. I rented the movie on Amazon, which I wouldn’t recommend because it was a Standard Definition transfer. I’d recommend picking up the double feature Blu-ray of Angel Heart and Johnny Handsome instead. They make a great double feature.

8. I’m happy to have checked off another unseen Walter Hill movie from my list. His run in the 1980s was something else. Next up for me will be either The Long Riders or Red Heat. 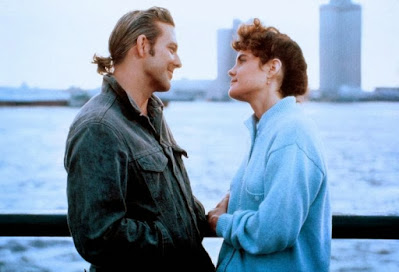 9. This is a weird statement, but part of the movie involves payroll and I really enjoy scenes of workplace payroll in movies. It feels cinematic and mundane all at the same time to me for some reason.

10. Apparently my boy Al Pacino was attached to Johnny Handsome before Mickey Rourke but opted not to make the movie because he couldn’t get the material to where he thought it transcended its B-movie roots. Pacino would have been an interesting Johnny Handsome, but I prefer the casting of Rourke, especially if it meant Pacino would need to choose this movie over Sea of Love (which is terrific) as his comeback film in the late-80s.

See you next time when we gather back around the campfire to talk about another Carolco release!
Posted by Patrick Bromley at 12:00 PM