Come with me now, as a man old enough to have collected shiny Criterion laser discs talks you through that top dog on that top rung of that ladder we call the top banana: this year’s Barnes & Noble Criterion sale-a-bration and ether frolic.

Yes, you read that right. When I was but a lad, I was dissatisfied with the VHS format. (My colleague at the time, Chuck, used to call it “Fuzzy-vision.”) I turned to the enormous spinning platter of silver for better picture, better sound, and the then-new wonder of BONUS FEATURES. Alas, laser discs were expensive (even by today’s standards) and one of the first things that the cheaper DVD format did was to kill laser disc as a format dead dead dead. Like, “as a doornail” dead. Thankfully, the fine folks at Criterion moved into DVDs and later Blu-ray discs. I think we can all agree that, although we love the archival releases of boutique labels like Shout Factory, Vinegar Syndrome, Arrow Video, Indicator Films, Severin, and Kino-Lorber, the Criterion Collection remains the king* of this particular hill. King* Disc!

And lo! It came to pass that the Movie God did smile upon film fanatics who were not in possession of trust funds or mattresses stuffed with hundred-dollar bills or even decent, well-paying jobs, and the Movie God, in his** greatness and beneficence, did declare a twice-yearly Criterion sale. Sure, if the title in question was delicious*** enough, a simple pilgrim could pay full price, but if said pilgrim were in possession of just a modicum of patience, a local Barnes & Noble taberna libraria, and twenty bucks, yea, the sacred disc in question could be HIS** as early as July or November!

Obviously, every Criterion disc is great; their quality standards for both content and presentation are quite high. You could do worse than to just pick five random discs for a blind buy this summer. (SATAN: “DO IT!”) But if you ask me (Hey, you’re the one who clicked “Read More.”) the following are the ones to pick up now. Consider it an investment in happiness. When you finally win the lottery, you can buy every single Criterion disc, from Chimpan-A to Chimpanzee. 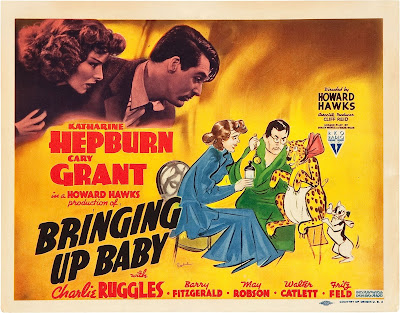 Criterion is releasing Bringing Up Baby today. This one’s an essential screwball comedy; one of Howard Hawks’s best films; and the one where Cary Grant dons a ladies’ marabou-ed dressing gown, leaps in the air, and responds to C. Aubrey Smith’s questions about his wardrobe with “I just went gay all of a sudden!”

When I was taking my first college film classes at the University of Illinois, a confluence of circumstances converged to render this film unwatchable by me. Female star Katherine Hepburn has a very high voice. The screening facilities in the basement of the undergraduate library left something to be desired. The university’s print was not in the best of shape. The projectionist may have futzed with the volume or fiddled with the treble… but I could not listen to Katherine Hepburn’s voice. It made me physically uncomfortable, made the hair stand up on the back of my neck. For years, I could not get past this. It held up my appreciation for this great film for a decade or more.

One year, in the high-school talent show I used to supervise, we did a sketch titled “Women of Annoyance” that made fun of my Hepburn-phobia. The scene was a parody of any generic scene in any MGM “women’s picture” (think The Women; Now, Voyager; Mildred Pierce; All About Eve; or All that Heaven Allows) in which my cast of high school students played Katherine Hepburn, Bette Davis, Rosalind Russell, Joan Crawford, and Norma Shearer. As the scene went on, their voices rose in both volume and pitch until they could only be heard by dogs. 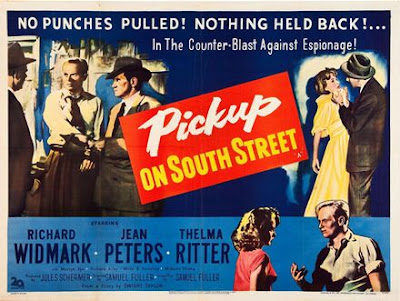 I also recommend two new discs: Pickup on South Street, the marvelous Sam Fuller film noir about pickpockets and spy secrets; and Streetwise, the groundbreaking documentary film about 1980s-era (era) youth living on the streets of Seattle. For years I thought Pickup on South Street was the film where Richard Widmark throws an unfortunate wheelchair-bound woman down a flight of steps. (I was wrong. That film, of course, is Kiss of Death.) At the start of my teaching career, I urged my film study students to see Streetwise, which actually played in suburban theaters back then. A gaggle of students returned to school the next day and reported that the theater would not let them buy tickets because the film was unrated, and they were all under eighteen. Luckily, the film was playing in a multiplex, so the next day, they returned to the theater, bought tickets to Splash, and accidentally wound up in the theater playing Streetwise. It’s a mistake anyone could make. 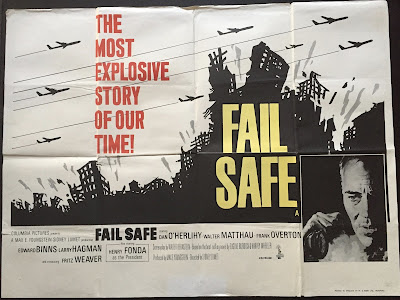 Of the Criterion discs released in the last year and a half, I would particularly recommend Fail Safe, Roma, James Whales’ Show Boat, The Grand Budapest Hotel, Memories of Murder, David Cronenberg’s Crash, The Irishman, Parasite, Moonstruck, Defending Your Life, Man Push Cart, and Nightmare Alley. I’m glad that last title is finally getting some attention since the Guillermo del Toro remake was announced; it’s one of the strangest and most twisted Hollywood film noirs ever made. Tyrone Power 4EVA.

That’s fifteen films for a grand total of $300 plus tax and license. Buy those, watch them, and then come back and I’ll give you more recommendations before July—and the sale—end. Promise. Fingers crossed.

*** “Live deliciously.” –Black Phillip
Posted by Patrick Bromley at 5:00 AM