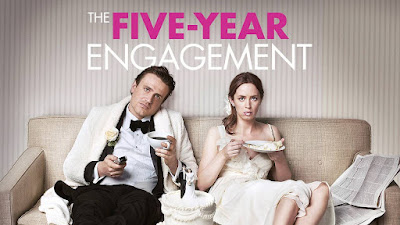 The review duo who let their friends endlessly improvise.

Adam: Our Hundos series -- celebrating the 100th highest grossing film of a given year -- continues with 2012’s romantic comedy The Five-Year Engagement, produced, written, and directed by Nicholas Stoller (Forgetting Sarah Marshall, Get Him to the Greek, Neighbors, Neighbors 2: Sorority Rising). The film tells the story of a couple (Jason Segel and Emily Blunt) whose relationship becomes strained when their engagement is prolonged by career choices, moving, and all other life events. Many Michigan and psychology jokes ensue. The Five-Year Engagement has an impressive supporting cast including Chris Pratt, Alison Brie, David Paymer, Jackie Weaver, Rhys Ifans, Mindy Kaling, Kevin Hart, Randall Park, Brian Posehn, Chris Parnell, and Dakota Johnson. They all have their moments. I sincerely mean that. The Five-Year Engagement stops cold so every character can have a line-o-rama bit that feels like part of the Blu-ray special features.

This was my first revisit of the film since seeing it in theaters. I was pretty excited for it at the time because of the cast and the reunion of Forgetting Sarah Marshall collaborators Segel and Stoller. I was also still pro-Judd Apatow productions leading into this movie, but the combination of 2012’s The Five-Year Engagement and This is 40 magnified the problems with his formula and it all started feeling pretty tired. I give The Five-Year Engagement credit for being a comedy with a lot of jokes (I laughed a bunch of times) and being a romantic film that cares about its couple, but it just goes on and on and on (especially when there’s wedding speeches). I’m not a fan of the argument moviegoers often make that a movie can be cut by 20 minutes because my counter is “What would you cut specifically where the rest of the movie wouldn’t fall apart?” In the case of The Five-Year Engagement, though, there’s definitely 20 minutes in here you could take out and it wouldn’t change much of anything structurally or story-wise. Editing is not this movie’s strong suit. 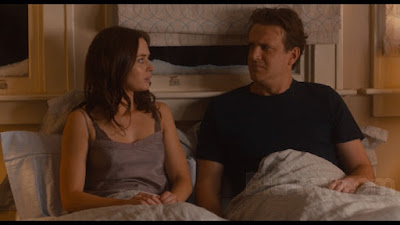 What did you think of the movie, Rob? Was there enough University of Michigan clothing on display? I thought that was done to the point of unintentional parody. It’s crazy. Also, what happened to Jason Segel’s film career? It's like he was a thing and then it suddenly stopped (especially in comedy) around 2015.

Rob: Despite being a fairly conventional rom-com, The Five-Year Engagement is truly extraordinary in one way: It’s the only movie I’ve ever seen in which the characters sit around for the first hour and complain that the movie won’t get started. The movie opens as we establish the two leads, and then it’s the aforementioned cameo-palooza, with Brie and Mindy and Kumail and Posehn and Parnell and fucking Chris Pratt and everyone else getting their improv minute to shine while Segel and Blunt nod politely. We meander along a bit, and then it’s almost exactly one hour on the dot before — as every screenwriting textbook would put it — the characters identify and start working against the problem of their titular extended, uneventful engagement. And then when hour two begins, it becomes a completely different movie, with slapstick sex scenes and a much more relaxed and relatable vibe. The movie literally wakes up and starts being a movie just in time to jam some energy in before the credits. It was so odd.

As for your second question: Jason Segel is an interesting case. I grew up on Freaks and Geeks and was a big How I Met Your Mother fan in college. I think Forgetting Sarah Marshall is brilliant. He took a wonderful risk in The End of the Tour. He’s an incredibly talented guy. But I’ll tell you what: You can always tell when he’s bored (including the latter years of Mother, which he openly admitted). I know he co-wrote The Five Year Engagement, but he seems so over the Jason Segel Character by this point that he almost feels like dead weight. It’s not that he’s bad; He and Blunt have decent chemistry. There just aren’t enough real character beats for him to shine and — again, since he co-wrote the movie — that feels intentional.

Adam: Do you like Nicholas Stoller’s other movies? It turns out I’m a pretty big fan of his and I either forgot that or didn’t realize it. The Five-Year Engagement is my least favorite of his work, but now I feel like revisiting the rest of his filmography. I remember liking Get Him to the Greek more than anyone else when it came out in 2010. Rose Byrne was incredible in that movie.

Rob: I am! I can’t say he’s the most inspiring visual stylist, but among that 2000s Apatow school of “put the camera down and let them talk,” he fits right in. 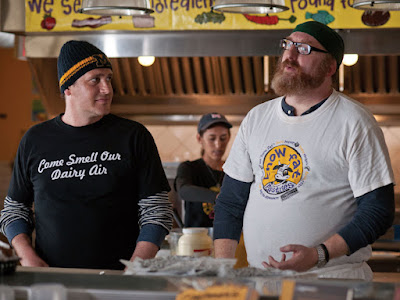 Adam: Were there any particular comedic setpieces you thought landed best? My favorite is probably when Emily Blunt and Alison Brie have a heart-to-heart while one is speaking in an Elmo voice and the other is speaking as Cookie Monster. It’s charming because their impressions are about F This Movie! level (4 out of 10 at best) and as a result becomes its own delightful thing.

Rob: My favorite bit in the movie was when — confronting Rhys Ifans after finding out he kissed Blunt — Segel’s eyes go wide and he deadpans, “Well now I have to beat the shit out of Winton!” before chasing him through an alley. It’s just goofy in a way the movie hadn’t yet been, and it’s the one time Segel seems invested. Honestly, though, there aren’t enough of those moments. The movie spends a lot of time on things like the “old doughnut” bit or the university subplot or whatever else, and that takes all the wind out of its sails when it actually wants to shed a spare theme or develop a plot point beyond a scene or two. The movie’s long enough as it is, guys! It’s like they had a list of rom-com tropes and wouldn’t stop writing pages until they’d used them up.

Rob: I’ll marry Dakota Johnson, and then Emily Blunt and Alison Brie can marry each other. That feels fair. 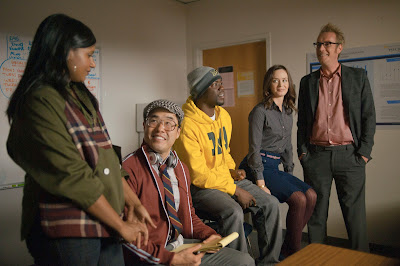 Adam: Anything else on The Five-Year Engagement? Despite my complaints, it’s not the worst. I could easily leave it on for a few minutes and enjoy hanging out with this cast. It’s just way too long and indulgent. From a nostalgia perspective, it also reminds of the time period when I was very invested in film comedy because I was simultaneously doing stage comedy in Chicago and many of the Apatow pack were then my favorite actors. Also, remember comedy being a viable genre in movie theaters? It’s crazy (depressing) how much the film industry has changed in under 10 years.

Rob: Right? At the same time, I’m glad that almost every minor character in this movie is now either a showrunner, bestselling author, or a Marvel superhero. Some are all three!

Adam: We’ll be back in a week with our Pixar series and a revisit of Toy Story 3. Until next time…
Rob: These seats are reserved.
Posted by Patrick Bromley at 4:00 AM