Review: SHANG-CHI AND THE LEGEND OF THE TEN RINGS 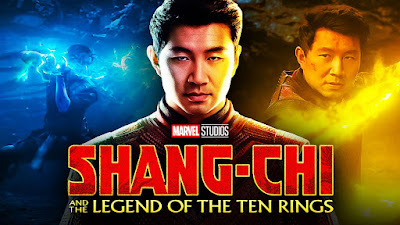 In which Tony Leung continues to be unspeakably hot.

There are bits in Shang-Chi and the Legend of the Ten Rings that recall Marvel’s 2015 marketing campaign for Ant-Man: That film’s diminutive hero is just barely visible on many of his own posters, dwarfed by more recognizable franchise characters and iconography. The goal, of course, was to convince an audience unfamiliar with Ant-Man that he is actually a bonafide member of their favorite cinematic universe. “We approve of him,” Marvel is telling us, “and so will you.” Though that was only six years ago (and others have been introduced since then), that same task feels more daunting after Avengers: Endgame. After all, Black Widow and Wandavision are victory laps. We know these people. Shang-Chi, on the other hand, is Marvel’s first real risk in what feels like forever, so it’s not surprising that they would hedge their bets by threading in a few cameos and bits of dialogue reminding the audience that — through galactic cataclysm, the death of heroes, and, it has to be said, a global pandemic — the MCU lives on. 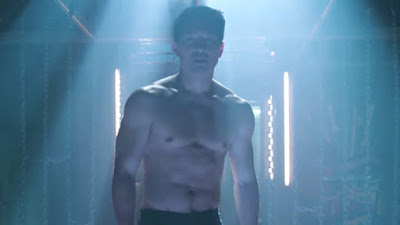 And it does! But Shang-Chi begins generations ago, as a tyrant called Wenwu (Tony Leung) seizes control of the Ten Rings, mystical weapons that fuel his lust for power. Centuries of conquest later, he travels to a magical realm protected by the poised and beautiful Jiang Li (Fala Chen). The warriors soon marry, foregoing their respective powers and producing Shang-Chi and Xialing (played as adults by Simu Liu and Meng’er Zhang). After years of peace, the sins of Wenwu’s past return for revenge, awakening his destructive wrath and tearing his family apart. Ten years later, Shang-Chi and his friend Katy (Awkwafina) find themselves pursued by his father’s agents for reasons that only become clear when they return to their mother’s homeworld, where a sect of guardians (including their auntie Nan, played by Michelle Yeoh) protect the universe against an unspeakable evil. When Wenwu’s rage threatens to unleash that evil, Shang-Chi must confront his father and find the inner strength he never knew existed.

At Shang-Chi’s core is a classic hero’s journey, a tale of hidden worlds, ancient demons, and powerful forces passed down through generations. Though the mild-mannered Shang (who has westernized his name to “Sean” since moving to San Francisco) insists throughout the first act that a “normal” life is fulfilling, artifacts of his true identity bubble up until they can no longer be denied. He follows his sister’s trail to her underground fighting ring in Macau (where we’re treated to the film’s best action scene and a very welcome Marvel cameo), through to his father’s compound (where we’re subjected to a much less welcome Marvel cameo), and finally beyond the gates of our reality for an elegantly-staged final battle that trades Marvel’s usual goop grey backgrounds for vibrant colors and textures befitting its mystical setting. Shang confronts his destiny in the usual way, tapping into a legacy of love and peace to overcome his father’s descent into chaos and darkness. Familiar, but no less satisfying. 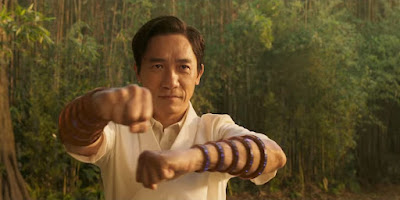 Simu Liu famously lobbied Marvel for the role of Shang-Chi before being cast, and he acquits himself well enough in his major feature debut. His is a more stoic energy than Marvel fans usually find in their leads, far from the winks and wise-cracks of Paul Rudd and Robert Downey, Jr. Truth is, he reads a bit bland for much of the film, but flashbacks gradually unravel a history of repressed trauma and anger that make his stillness more palatable. Still, we’re asked to be a bit too patient with his characterization, and audiences would be forgiven for occasionally wishing the film’s focus was instead on Xialing or even Awkwafina’s Katy, both of whom have more dynamic screen presences. And then there’s Tony Leung’s Wenwu, the film’s best performance and an easy rival for Josh Brolin’s Thanos as the MCU’s most textured villain, so far. Leung has built a career around that dashing pout of his, and he knows exactly how to mask Wenwu’s pain, loss, and resolve behind a cracking facade of evil.

Director Destin Daniel Cretton (Short Term 12, Just Mercy) calls upon iconic wuxia imagery for Shang-Chi’s martial arts scenes, utilizing gravity-defying wirework (or its CGI cousins) and long takes to grant the fights a sense of spirit and scope. Variations in camerawork give each contest a different tone — the lens sweeps dramatically over larger-scale battles and comes in close for intimate one-on-ones (Ones-on-one? My style guide failed me). There’s still some digital trickery, of course, but even the final battle — which pits father against son and kaiju against kaiju — syncs nicely with the rest of the film, retaining its focus on character and story over spectacle. There’s nothing groundbreaking here (one colorful image is even lifted right from Skyfall), but as Marvel expands its cinematic character base, expanding its genre sensibilities is the next logical step. On the strength of Shang-Chi, a budding western cinephile may be inspired to check out wuxia like Crouching Tiger, Hidden Dragon or Hero. That feels worthwhile. 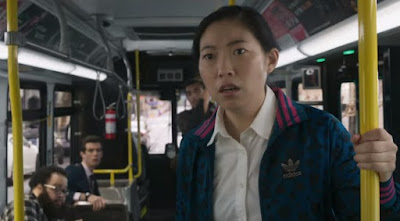 Balletic violence and soul-sucking dragons aside, Shang-Chi and the Legend of the Ten Rings succeeds as a story about what we choose to do with the pain that we feel, about the ways we often lie to ourselves in the name of “honor” and “justice.” It’s also a story about identity, about how we come to terms with the mixed legacies our parents leave behind. And sure, there are entire sequences that feel like studio notes (including the five minutes the film stops cold to apologize for Iron Man Three’s appropriation of Asian imagery), but even those are less invasive than in other MCU entries, and the perfunctory post-credit sequences serve to expand this story instead of to introduce other, unrelated ones. Overall, Shang-Chi is a good sign. It’s a sign that Marvel is able to start fresh and tell a clean, engaging story without crowding the frame with too much distracting noise. They’ve proven they can build an interconnected universe. Now, they should focus on re-populating it with more new characters we’ll actually care about.
Posted by Patrick Bromley at 12:00 PM