The Hall of Kick-Ass Vol. 4 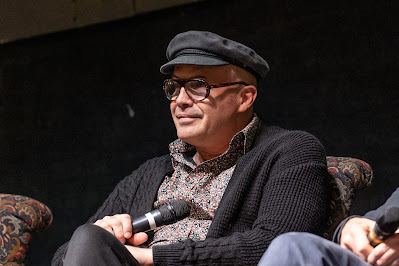 Back in 2013, I wrote a series called the “Hall of Kick Ass” where I told stories about celebrity interactions I’d had at conventions. A lot of time has obviously passed, so why not dust this one off and tell some new stories?!

Fred Dekker (Night of the Creeps, The Monster Squad) – I was excited to meet Fred Dekker because The Monster Squad was pivotal in me becoming a fan of horror movies. When I met him, I told him that and a story about how when I was in Sunday school the Rabbi threatened to kick me out of class if I couldn’t stop talking about monsters. I stood up and walked out of the room because I knew I couldn’t fulfill this request. I told this to Fred Dekker, expecting a big response and maybe a hug, and he said “Ha, that’s funny” and that was it. I was a little despondent. He was supposed to dig that story the most. 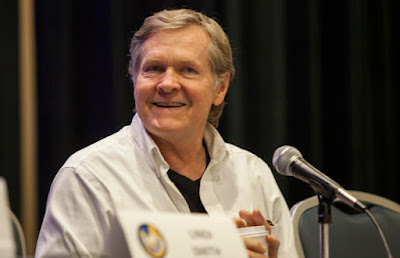 William Sadler (Bill & Ted’s Bogus Journey, The Shawshank Redemption) – Here’s one where I got tongue tied. William Sadler has been in so many movies I love that I didn’t know where to start, so out of my mouth came “I really like, um, your movies are great, hi I’m Adam.” Based on the rest of our interaction, I think he might have thought I had suffered brain damage because he was like “Hi Adam, I’m William…” etc., in a way you would talk to someone who fell off a ladder. We took a picture together where he said to the person taking the photo, “From the chest up, no need to see our guts” (or something like that) and I was sad because Sadler thinks we’re fat.

Dan Fogler (Fanboys, Fantastic Beasts and Where to Find Them) – I’m a huge fan of the movie Fanboys, especially Fogler’s performance. My big question was what he thought his character, Hutch (and the other Fanboys) would think of Star Wars Episodes VII-IX. He paused for a second and said he thinks his character would have liked them until Han Solo died. I really wanted to ask Fogler if he thought the Fanboys from his film would have grown up to become toxic Star Wars fans (my answer is yes), but I thought that would be rude. His actual signature could have been better because it starts in the upper left of the poster and ends in the bottom right. Now if I get other autographs on it the feng shui is all off but whatever. 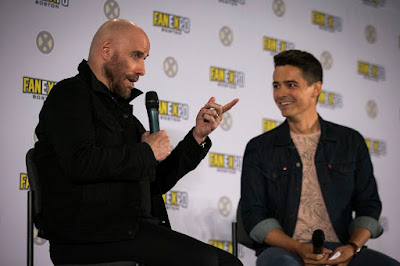 John Travolta (Saturday Night Fever, Pulp Fiction) – This was a huge moment for me since John Travolta is my second favorite actor and stars in two of my three favorite movies of all time. I was nervous when I met him and the first thing that fell out of my mouth was “Holy shit, it’s John Travolta.” He laughed but his security team didn’t. I’ll remember that part forever because I was like “Riske, course correct, you dumb bastard.” The interaction was normal afterwards. I told him how much I loved Saturday Night Fever and how the movie and the soundtrack was something I share with my mom. John Travolta replied, “It’s part of your DNA.” I remember he looked me in the eye when we talked and never have I felt the power of celebrity more than in that moment. I completely understood why he was a movie star.

Billy Zane (Titanic, The Phantom) – Billy Zane is everything you could hope for in a Billy Zane. Before I went to his table to meet him, he smiled at Rob. Rob was forever changed for the better. Then we went over and talked to him. I asked if he improvised a lot on Demon Knight or if The Collector was written that funny in the screenplay. He gave me a great, long answer about how he was trying to play it like Robin Williams in Aladdin because that was popular at the time. In my experience, actors like talking about their approach to acting when you talk to them at cons. I suppose it engages them.

The Hall of Kick Ass will return in Vol. 5 later this year. What celebrities have you met? Leave a comment and tell me about it!
Posted by Patrick Bromley at 5:00 AM