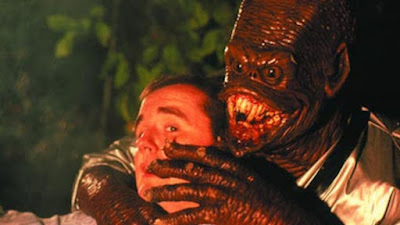 The word “charming” is an interesting one. If someone ever called me “charming” I would be flattered. On numerous occasions I've referred to people – usually men, for reasons unknown to me – as charming. “That Bob Mitchum sure is charming.” “Have you seen The Brood? Oliver Reed sure is charming in it. You know, in a forcing-a-woman-to-asexually-reproduce-monsters-in-gooey-sacs sort of way.” (Spoilers for The Brood.) Referring to someone as “charming”? Acceptable. Referring to someone's finished product after they toil away for months creating said product as “charming”? I'd venture a guess and say most creators would rather their art not be referred to as charming. Yet, here I am, writing about a “charming” movie made by a man whose entire filmography I would refer to as “charming.” 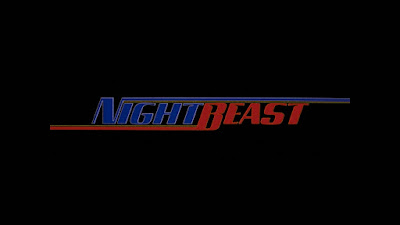 When the words “Written and Directed by Don Dohler” appear on screen, that's the indicator you're settled in for something really special. Dohler doesn't make technically sound masterpieces when speaking of cinema as a craft (or as art, for that matter). What Dohler does create is pure cinema, entertainingly speaking. Of the Dohler films I've seen, I would use that forbidden word “charming” to describe them. The charm in Dohler's work is that you can see the strings, so to speak. You can see the blood, sweat, and tears that go into these productions. A Don Dohler film will charm the pants right off anyone with a creative beating heart and force you to get up – pantsless, of course – and start creating your own work of charm – er, art. To anyone who sees a Dohler film and finds no entertainment value in it, I wouldn't trust you with my socks, let alone any opinion of art you may puke forth.

Thus, we get to Dohler's work of pure cinema, Nightbeast. A couple years ago I started working my way through Stephen Thrower's genre film bible, Nightmare U.S.A., in which I first read the name Don Dohler. So I sat down to experience (because that's what you do; you don't simply “watch” a Dohler film, you “experience it) The Alien Factor, Dohler's first of his seven-film run as a director. It wasn't great. I don't even think I'd call it good. But guess what? It was charming! And fun, and entertaining, and I never forgot it. How many movies can you say you never forgot? Not many. Jump a couple years forward, and here I was, watching another Dohler. This time it was Nightbeast, Dohler's attempt to remake his first film. He had a little more money and better equipment and, armed with a firmer grasp of the craft of directing, he set out to produce a better version of his inaugural film. And, I'm happy to report, he accomplished just that. 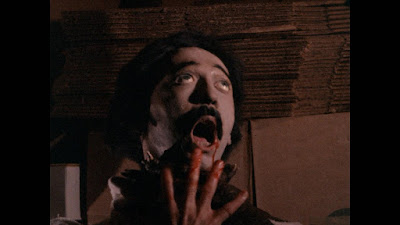 Nightbeast is a simple man-versus-alien story with sub-par acting and sub-par effects. But – and this is a big but – there's boobs and man ass and, wait for it, the movie is charming. At one point I believe you see the boom mic creep into the top corner of the frame. At another, during a rousing fist fight between two men rolling around in the dirt, we get an abrupt edit that cuts to an insert of the fight but clearly shot at another time due to the different clothes and hair styles and time of day of the fight. Rough filmmaking moments like this do not – nay, should not – ruin a film for you, dear reader. Moments like this, in a movie you already know has been made for next to no money with non-actor friends of the director, are exactly why you're watching this movie. Dohler knows his limitations, budgetary and otherwise. That's why we get action from the word “go.” Economical filmmaking should count for at least two stars.

Compared to The Alien Factor, Nightbeast is like James Cameron's jump from Piranha II: The Spawning to The Terminator. (Note: Nightbeast is NOT The Terminator.) The actual alien in Nightbeast is leaps and bounds cooler looking than that of its predecessor. As opposed to the mop creatures with bike reflector eyes in the first iteration, this monster is more penile in nature. Picture a giant, mutated, brown penis with a toothy urethral orifice in serious need of dental work mixed with the It's Alive baby. The alien is armed with a laser gun reminiscent of the guns used in Forbidden Planet that vaporizes its intended mark but not before surrounding the victim in a glowing light that first sparkles, then burns red, then turns into a shiny kaleidoscopic image. It's how I'd want to go if given the choice. 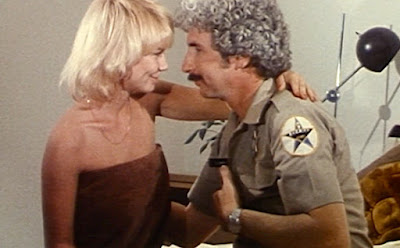 A scene in Nightbeast that I assume Dohler had to forgo in his first attempt at the story is an inexplicable sex scene between the sheriff and his deputy. Dohler cuts back and forth from sheriff to deputy, each two-second shot revealing they've lost another piece of clothing until, finally, two naked individuals are standing on either side of the room staring at each other. What's more, a Yanni-esque song scores this astonishing spectacle. It's this male/female T&A with which we're blessed that you say to yourself, “Why in the name of all that is holy is this in here?” The answer is simple I assume, and perhaps a bit sinister.

I watched Nightbeast as part of my “Good Morning, Baltimore!” mini marathon that included The Passing, Multiple Maniacs, Dohler's Fiend, and a movie called Night of Horror that caused me to lose even more hair at a faster pace than I thought possible. I could easily write 2,500 words on Dohler and Nightbeast, but I care about Patrick and you, so I'm here to implore you, Movie Lover, to watch as much Don Dohler as humanly possible this Scary Movie Month.
Posted by Patrick Bromley at 5:00 AM