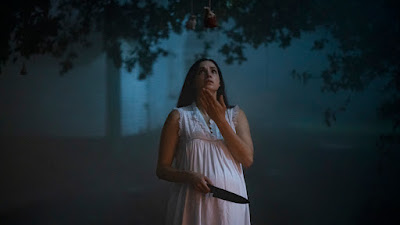 Welcome back to the Blumhouse, I guess. 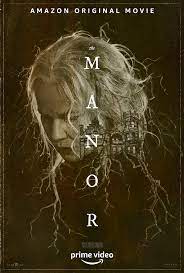 Honest question: Did anyone watch that Jordan Peele Twilight Zone? Was it any good? What about Black Mirror? Is Black Mirror still a thing? I never got into that one, either. Is American Horror Story a real show, or did I just hallucinate it? It looks like they’re still planning on remaking The Outer Limits, so that’s interesting. Anyway, I'm asking because it’s starting to feel as if more and more of these streamer horror entries are really episodic anthology ideas stretched out to feature length — thirty-minute thrillers forced by circumstance and corporate mandate to become eighty-minute slogs. That’s Axelle Carolyn’s The Manor, a movie barely held together by a few stylistic flourishes and the presence of one of America’s most celebrated actors. You know, it’s two years in, and it still doesn’t seem like Amazon knows what it’s getting with this Welcome to the Blumhouse initiative. Are the Blum folks still able to sell everything as if it’s Get-fucking-Out? God bless them. Hey! You know what was good? The Vast of Night. 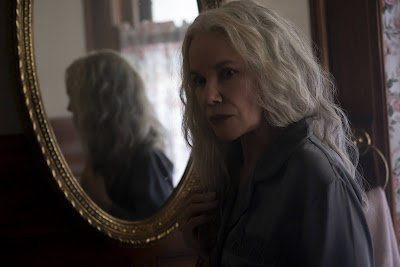 I digress. The Manor stars aforementioned legend Barbara Hershey as Judith Albright, a loving grandmother who moves into a retirement community (the titular “manor”) after suffering a stroke. Though her doting grandson (Nicholas Alexander) objects to the arrangement, Judith’s daughter (Katie A. Keane) knows that medical science will ease her mother’s inevitable descent into senility. Judith is a sassy broad, though, easily handling the manor’s stern staff and ingratiating herself with the resident cool kids, a group of septuagenarian hustlers led by Roland (Bruce Davison). Roland’s gang gets its kicks playing cards and growing jazz cabbage in their suites, but Judith soon discovers that strange vibrations are afoot at the ol’ manor: A sinister demon is haunting the residents after the lights go out, and — in what passes as The Manor’s thematic commentary — no one is listening to the patients. Judith is determined, though, refusing to let their obstinate denial get in the way of what she knows to be true. 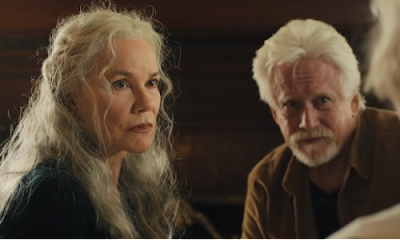 Polite and forgiving adjectives suited to describe The Manor include “patient” and “atmospheric.” Fervent horror critics hoping to retain access to press junkets and swag boxes will dub it a “slow burn” and remark on the sincerity and gravitas Hershey brings to such a subtle part after such a storied career. That’s all well and good, and genre fans everywhere who are rooting for Axelle Carolyn should continue to do so. Carolyn is a capable filmmaker who could easily bring a more developed screenplay to life with vibrance and pathos. But The Manor isn’t it. It’s riddled with awkward exposition and stretched like Play-Doh in all the wrong places. Judith’s journey takes her audience to the exact same places we’ve been a thousand times, and while the story’s resolution is a bit of a curveball, nothing preceding it gives it the revelatory explosiveness Carolyn likely intended. In short? The Manor isn’t much. It’s earnest, plain, and inoffensive. Let’s hope Carolyn’s next project has some balls. 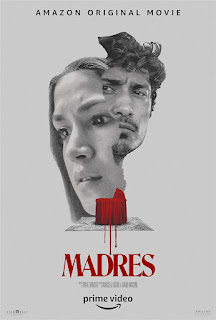 Worse than the boring Manor might be Ryan Zaragoza’s Madres, which is an Issue Film masquerading as a horror movie and failing to pay adequate enough attention to either one of its supposed identities. Ariana Guerra is Diana, an expectant mother who has moved to rural California with her husband (Tenoch Huerta as Beto), who takes on the role of manager at a local farm. As Diana feathers the nest — a creaky old farmhouse filled with spooky bits and haunted bobs — she begins having nightmares and hallucinations that the local Mexican families attribute to an ancient curse. When she develops a nasty rash, she visits the local doctors, who insist the affliction is common to the region and advise Diana to pray for comfort. Immediately recognizing this as bullshit nonsense, Diana begins investigating reports of a harmful pesticide in use by area farmers. The further into the town’s history she digs, however, the more she understands the true scale of a disease that seems to be exclusively targeting mothers.

Madres opens engagingly enough, with Diana as the outsider hoping to find family in an unfamiliar place. Early scenes highlight her difficulty with Spanish (Scolded by their American teachers for using the language, Diana’s parents refused to pass it on) and the awkwardness of being a stranger in a strange place. Beto, overjoyed to again be among his countrymen, insists they acclimate themselves with the local culture and get to know the tight-knit Mexican community around them. So far, so good: The language barrier compliments the cultural barrier, which both emphasize the gender barriers inherent to any heterosexual pregnancy. Even with the distracting pesticide plot introduced far too late in the game, we expect Madres to proceed in the usual way, with Diana’s attempts to solve a real problem complicated by her status as an interloper. Instead, Madres’ final act drops Diana headfirst into a scientific conspiracy far too complex to explore in the time remaining. It’s a jarring and atonal shift from which the film never recovers. 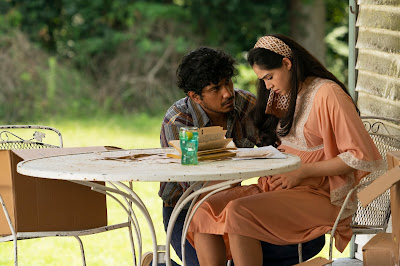 Those shifts are all over Madres because, again, it isn’t really a horror film. It lacks the cadence and rhythms of even the most pedestrian genre entries, with jump scares that other films would scatter throughout their opening scenes presented as if they should shock us well into Madres’ closing moments. Mario Miscione and Marcella Ocha’s screenplay at least succeeds where The Manor failed most egregiously, as it better understands how to layer in paranoia without relying on constant exposition. But again, that paranoia is political, not supernatural, and the film soon loses interest in the curses and occult magics it initially proposed that we explore. Most bizarrely of all, the characters’ happy ending is followed by a horrific epilogue with news clips and on-screen text pleading with the audience to take action on this issue. We’re explicitly told that those affected have not found justice. Does that include Diana? Did her community find peace? Wasn’t this supposed to be a horror movie? Whatever.
Posted by Patrick Bromley at 5:00 AM