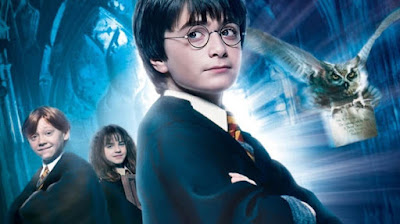 • Best Scene/Moment: This is a tough one. I love the scenes with the Sorting Hat and Wizard’s Chess, but I’ll pick anything related to Quidditch as my favorite moments. It’s cool that J.K. Rowling (who I admittedly have mixed feelings about nowadays) invented an entire sport that’s exciting and relatively easy to follow. My only gripe with Quidditch is I don’t think it’s fair you can automatically win by catching a Golden Snitch. That’s sort of bullshit, but I guess it’s no less frustrating than if you went to a boxing match where someone gets knocked out and loses despite them winning most of the fight.

• Best Song: There are no songs to choose from, so I’ll default to a selection from John Williams’ terrific score (it’s memorable in ways most scores for 2000s films are not) and pick the main theme, titled “Hedwig’s Theme.” It’s good tickling music. At least in my head it is. 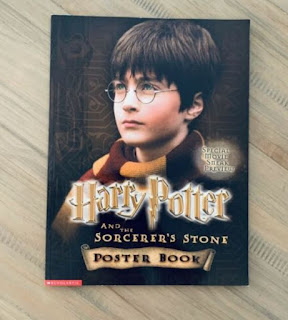 • Best Merch: I’m going with a Scholastic Harry Potter and the Sorcerer’s Stone Poster Book for $14.95. I wasn’t in grade school when the film was released but if I was, I would have totally ordered this from the Scholastic book order forms. There were few things as exciting to me in school than the days where you’d come in from recess and the teacher left all your Scholastic book orders on your desk. Good times.

• Director Check: Harry Potter and the Sorcerer’s Stone was directed by someone I would quietly consider one of “my guy” directors -- Chris Columbus -- who was an important cinematic voice to ‘90s kids like me. He started as a writer with credits on films like Gremlins and The Goonies before making his directorial debut with the entertaining 1987 comedy Adventures in Babysitting. Columbus’ big career bump came with 1990’s holiday classic Home Alone, which had a sequel in 1992, Home Alone 2: Lost in New York. Between those two movies is a favorite of mine, John Candy’s underseen romantic comedy, Only the Lonely. After Columbus’ early ‘90s success (which also included Mrs. Doubtfire), he worked consistently through the rest of the decade, directing Nine Months, Stepmom, and Bicentennial Man before reaching another career high point as the man who brought the first two Harry Potter films (Sorcerer’s Stone and Chamber of Secrets) to the screen. Columbus’ run since has been less successful, with films like Rent, I Love You, Beth Cooper, Percy Jackson & the Olympians: The Lightning Thief, and Pixels mostly underwhelming. His most recent movie was last year's Netflix sequel, The Christmas Chronicles: Part Two. I read recently that Chris Columbus wants to direct a film version of Harry Potter and The Cursed Child with the original cast. That would be cool. I hope he gets to do that. 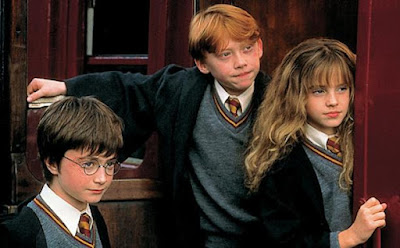 • Year 2001 Movies to Trailer Before It: The Lord of the Rings: The Fellowship of the Ring, Max Keeble’s Big Move, Shrek

• Mall Movie? It's a close call, but I’ll say no because the Harry Potter franchise was a tentpole property from the beginning despite being part of the usually mall-friendly Fantasy genre. It would play at the fancy theater first before eventually hitting the mall deeper into its run.

• Only in 2001: World-building that feels exciting.

• I Miss (3-way tie): Alan Rickman and Richard Harris. I also miss when the Harry Potter film series and spin-offs were fun and not a complete drag like the Fantastic Beasts movies.

• I Don’t Miss: The onslaught of “chosen one” movies that came in the wake of the Harry Potter series’ success. 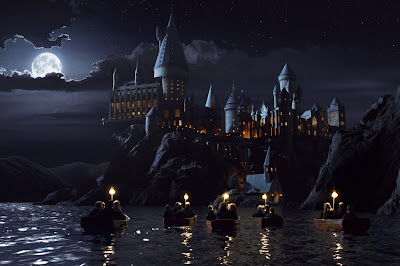 • 2001 Crush: Hogwarts. All of it from the castle to the concept of a multi-year wizarding school.

• 2021 Crush: Nobody really, but if I have to answer I’ll say Geraldine Somerville as Lily Potter. She’s probably one of Patrick’s favorite actresses because her entire performance is in a mirror.

• What I Thought in 2001: Harry Potter and the Sorcerer’s Stone was a big deal for me in 2001. I remember being over the moon excited about it after seeing the trailer before A.I. Artificial Intelligence. I was in college when Sorcerer’s Stone was released, and it was a rare time for me to go to a midnight show on opening day during those years. It was a really fun experience. I loved the movie and went back and started reading the books the next day. I remember locking myself in my room while a loud fraternity party was happening outside my door so I could read Harry Potter and the Sorcerer’s Stone in its entirety in one evening. The movie really cast a spell on me (pun intended).

• What I Think in 2021: I still love the movie, although maybe not with the chutzpah I did back in 2001. Sorcerer’s Stone is very entertaining and it’s still my favorite film of the series because this was back when the franchise was fun and less dark. I get that’s where the story was always going to go, but I would have preferred the Harry Potter movies to just be seven years of Hogwarts/Wizarding World shenanigans.
Posted by Patrick Bromley at 5:00 AM