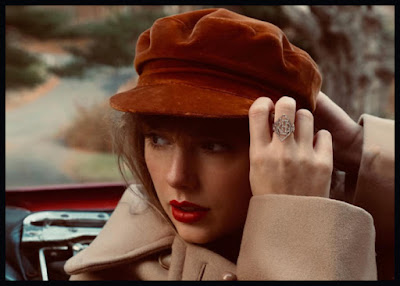 Movies to watch while listening to T-Swizzle’s latest re-release.

Discerning fans of good music across the globe were united in celebration last week as Taylor Swift released Red (Taylor’s Version), the re-recorded and expanded edition of her multi-platinum 2012 album. Swift’s music and lyrics are inherently cinematic — she even wrote and directed an All Too Well short film for this release — which got me thinking about movies that share moods and tones with its more notable tracks. Here are just a few: 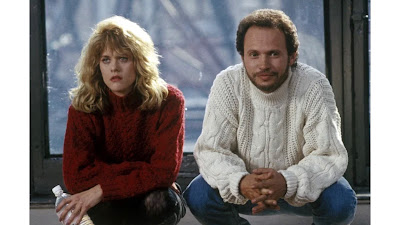 A bit on the nose, maybe, but it feels only right to begin this list with Rob Reiner’s seminal romantic comedy. Like Red, it’s an autumnal opus with a biting, sardonic wit — a story of missed connections, jealous recriminations, and overwhelming frustration with love stories as conventionally told. It’s easy to imagine Meg Ryan’s flibbertigibbet Sally bouncing to the upbeat “Stay Stay Stay” after an argument, and we’re just as likely to find Billy Crystal’s Harry humming a few dramatic bars of “Treacherous” as he wrestles with his evolving feelings for his longtime friend. Key to this pairing, though, is “Everything Has Changed,” Swift’s acoustic duet with Ed Sheeran, a lush and romantic banger perfectly suited for the revelations of the film’s final act. Swift’s always had a bit of a Nora Ephron vibe, anyway, and it’s never been more present than on Red. 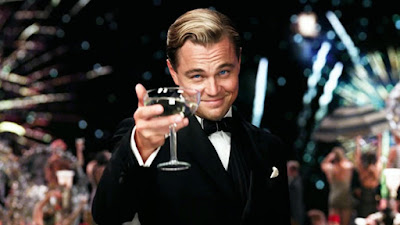 Though Luhrmann’s adaptation of the Jazz Age classic has its share of problems, the one thing it does nail is the opulence of F. Scott Fitgerald’s novel, both in its depiction of Gatsby’s grotesque wealth and of his doomed affair with Daisy Buchannan (the old-money blonde socialite who shares more than a few qualities, however superficial, with Swift herself). The staccato rhythms of “I Knew You Were Trouble” feel right for this one, as does the defiant, headstrong joy of “22.” We can almost hear Gatsby whisper the lyrics to “Starlight” in Daisy’s ear during one of their illicit getaways. That Roaring Twenties carelessness gives way to regret, of course, queuing up overwrought heartbreakers like “Sad Beautiful Tragic” or the longing “Message in a Bottle.” The title track would play here, too, as loving Gatsby must have been more than a little like driving a new Maserati down a dead-end street. 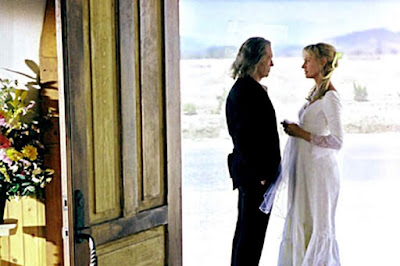 Like Red, the second chapter of Tarantino’s roaring rampage of revenge is more than just a “break-up” story. They’re both angry at their subjects, sure, but they’re also brutal, self-effacing requiems for the narrator’s own lost idealism. Things should have been wonderful, but they weren’t. Beatrix and Bill should have been a powerful force together, but the timing was wrong (“Better Man”) and the violence and chaos that defined their lives meant that moments of domestic routine just weren’t possible (“The Moment I Knew”). Despite the lingering love we know they still feel for each other, though, Beatrix deserves her revenge, and Bill deserves to die. Well, that’s the new ten-minute version of “All Too Well.” Equal parts scathing and wistful, Swift demands that her ex-lover feel the pain she carries with her every day since they fell apart. Plus, you just know Bill kept a scarf or two. He seems like a scarf guy. 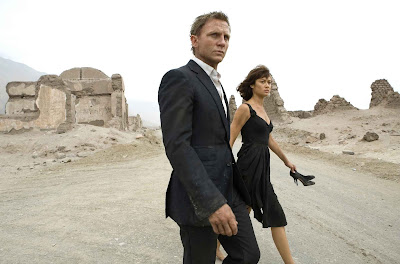 “You really blew this, babe,” goes the chorus of “Babe.” Swift continues, “I hate that because of you, I can’t love you.” Is there any better way to describe Quantum of Solace, the much-maligned second entry in Daniel Craig’s revolutionary tenure as James Bond? The first true “sequel” in the franchise, it’s a moody, uneven coda to the bombastic and triumphant Casino Royale, a tone piece about heartbreak and regret that pairs 007 with Olga Kurylenko’s Camille. She’s a kindred spirit, a platonic partner whose familial trauma rivals Bond’s own agony over the betrayal and death of Vesper Lynd (Eva Green), the would-be love of his life. The film’s snowbound climax pairs well with the steady pulse of “The Last Time,” and “Forever Winter” evokes the destructive crucible that is clinging to a taciturn lover. Quantum of Solace closes on catharsis, though, making the baby-step optimism of “Begin Again” just the right note on which to end. 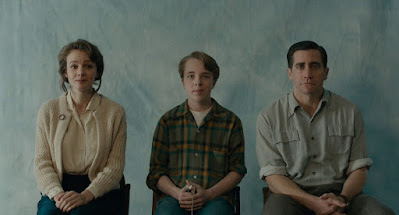 We obviously need a Jake Gyllenhaal movie in here, right? There’s a lot to choose from, and while I understand that most self-respecting Swifties would lean toward his toxic, maladjusted turns in movies like Nightcrawler, Donnie Darko, or Enemy, I’m going with the undersung Wildlife, Paul Dano’s textured and confident adaptation of Richard Ford’s novel of the same name. Gyllenhaal and Carey Mulligan co-star as a midcentury couple on the verge of collapse. Ed Oxenbould is Joe, a son whose frustration with his parents’ childish behavior has finally begun to boil over. It’s a film defined by distance (physical and emotional), making “Come Back…Be Here” a strong starter. Mulligan’s Jeanette has a tendency to step out on her estranged husband (“Girl At Home”), while simultaneously longing for a simpler time in their relationship (“The Very First Night”). Despite Joe’s aching and genuine gestures — including a stilted family portrait (“Holy Ground”) — it seems very unlikely (in the film version, anyway) that they will ever get back together.
Posted by Patrick Bromley at 5:00 AM