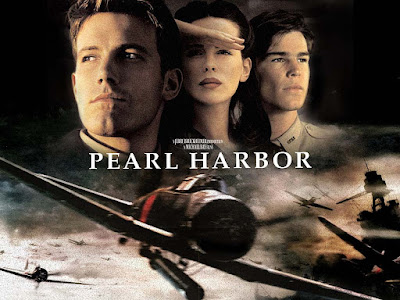 Winner of Best Translated Film at the Golden Rooster Awards.

• Best Scene/Moment: The dogfight sequence at Tom Sizemore’s airfield shortly after the bombing of Pearl Harbor.

• Best Song: “There You’ll Be” by Faith Hill. It’s calculated nonsense designed to be "My Heart Will Go On Part 2," but also a decent enough tune apart from that agenda.

• Best Merch: A set of 4 advance movie posters that are meant to look like vintage World War II recruitment ads. I think the Ben Affleck poster is the best of the group. 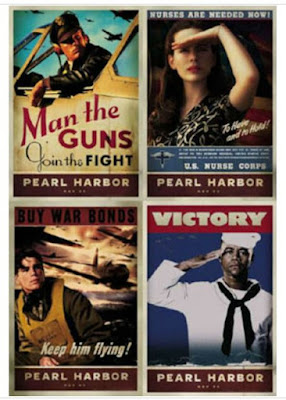 • Director Check: Pearl Harbor was the inevitable shot at being a “serious filmmaker” by Michael Bay, who began his feature directorial career with the mall-friendly Bad Boys in 1995. Following that film’s success, he attracted high-profile screen legends for his next films like Sean Connery in 1996’s The Rock and Bruce Willis in 1998’s Armageddon. Pearl Harbor was made to be both a box office hit and an Oscar contender, much like James Cameron’s Titanic in 1997, which Bay was seemingly trying to emulate. Unfortunately, Pearl Harbor failed critically and became a punchline for the rest of that year among film circles. Bay receded his high-brow aspirations after Pearl Harbor and doubled down on macho action extravaganzas like 2003’s Bad Boys II, 2005’s The Island, and the first four Transformers films. Bay has stretched here and there in the past 10 years with dark comedy efforts like Pain & Gain and the military action drama 13 Hours, which were seen by some as a return to form. Bay’s most recent work includes the Netflix mockbuster 6 Underground and the upcoming crime thriller Ambulance, starring Jake Gyllenhaal, Yahya Abdul-Mateen II, and Eiza Gonzalez. Overall, I have a weakness for the majority of Bay’s work despite having not insignificant quibbles with his worldview and manic filmmaking at times. To his credit, he’s singularly interesting enough to still pay attention to as a director and one of the best visual stylists that action cinema has ever seen. This is the very definition of a mixed bag filmmaker for me.

• Double It with This 2001 Movie: Captain Corelli’s Mandolin

• Year 2001 Movies to Trailer Before It: Apocalypse Now Redux, Black Hawk Down, Enemy at the Gates 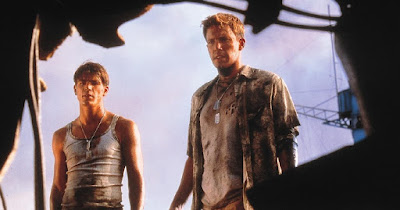 • Mall Movie? No. This was Michael Bay’s big swing. He would go back to the mall with Bad Boys II.

• I Miss (tie): Touchstone Pictures and studio filmmaking being this naive, earnest and square.

• I Don’t Miss: The deluge of war movies that came after Saving Private Ryan. I mean, there’s always war movies, but there were tons in the early 2000s. 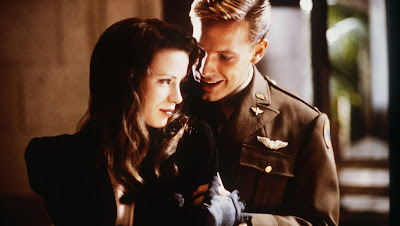 • What I Thought in 2001: I remember being really excited for Pearl Harbor based on the trailer and then going in with low expectations because the reviews were so bad. I didn’t think the movie was particularly good, but I did find things to like about it and considered it somewhat of a guilty pleasure back in 2001. I was fan enough to take a bus to buy the DVD on street date at Circuit City.

• What I Think in 2021: The first 90 minutes focusing on a dopey love triangle are tedious, but the second half (which includes the centerpiece attack on Pearl Harbor and Gen. Doolittle's raid) is fairly exciting action filmmaking. This is a problem because it should feel awful (like the opening sequence of Saving Private Ryan) but doesn’t. Pearl Harbor is well made (the cinematography and production design especially), but the script by Randall Wallace doesn’t do its leads (Ben Affleck-Josh Hartnett-Kate Beckinsale) any favors and the whole movie feels like a giant missed opportunity. When you compare Pearl Harbor to Titanic (which similarly added a love story to the retelling of a real-life tragedy), James Cameron knew to balance the fictional elements with well-researched details of the ship and the event. In Pearl Harbor, it feels like it's depicting the event only in the broadest terms, which comes across as disrespectful.
Posted by Patrick Bromley at 5:00 AM