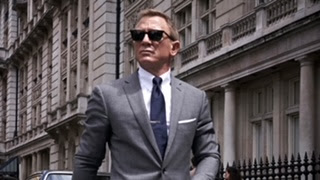 Spoilers for No Time to Die ahead.

“This may be too much for a blunt instrument to understand,” says M (Judi Dench) to her freshly-minted 007 in Casino Royale. “But arrogance and self-awareness seldom go hand in hand.” Hot off a disastrous mission in Madagascar, the young agent is in need of a good scolding. His brash disregard of operational norms has made the British Secret Service a little less secret, so M sends him on holiday to think about what he’s done. It’s a jarring start to Daniel Craig’s tenure as James Bond — Cinema’s most celebrated secret agent has always bucked convention, but it’s usually with a bit more style than this. It’s hard to imagine the bulked-up, blonde-haired Craig in the famous tuxedo at first, and we wonder if EON Productions’ usual over-adjustment to contemporary action trends has finally sunk the franchise for good. Instead, Casino Royale treats us to a far more interesting and ultimately relatable version of the character than Pierce Brosnan left us with in 2002: A blunt instrument with unusual depth, a bleeding wound searching for a tourniquet. 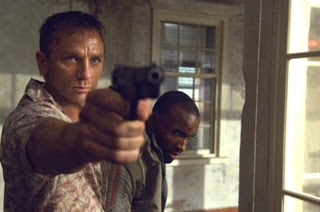 And though much has been made of the Craig-era’s (era’s) return to the literary conception of the character, even Ian Fleming’s Bond lacks the nuance Craig articulates in 2012’s Skyfall. That adventure tested Bond’s commitment to Queen and Country by introducing a foil in M’s fallen protege, Raoul Silva (Javier Bardem). The former MI6 agent failed M’s test of dispassionate decision-making, taking her willingness to give him up to a foreign government for the greater good as a personal affront. He’s a mirror held to Bond’s own trust issues, and Craig gradually reshapes Bond’s cadences to suit a more world-weary agent, someone who can’t help but hold a grudge over being treated as collateral damage. Silva’s extremism brings him back from the brink, however, and their cat-and-mouse chase through London — paired with a powerful excerpt from Tennyson’s “Ulysses” — is Craig at his Bond peak. Free from ego and fully accepting of his role as an instrument of the state, Bond charges into battle to defend M from her attackers. 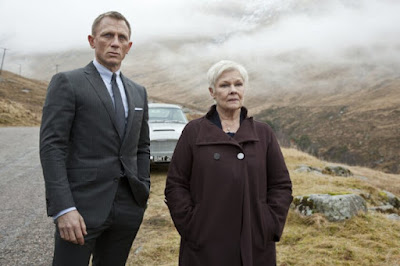 Then comes 2015’s Spectre, a film in which Bond is forced to accept that the Intelligence Complex has lost its way. Mealy-mouthed, tech-obsessed bureaucrats like C (Andrew Scott) are not worthy of his commitment or creativity, so after foiling a laughably-convoluted plot by Ernst Stavro Blofeld (Christophe Waltz), Bond takes off with Dr. Madeleine Swann (Lea Seydoux) in tow. The good doctor seems to have sanded down the remaining rough edges by No Time to Die, but when her apparent betrayal comes to light, Bond immediately regresses to the same petulant safe zone that curdled into hedonism in Skyfall’s early movements. This time, though, Craig gives us a new shade of acceptance. He’s fantastically loose in Die’s early scenes, playing pub games with Felix Leiter (Jeffrey Wright) and shedding the brooding, animalistic gait that defined his tenure with MI6. Even when accepting Leiter’s offer to hunt a mad scientist on behalf of the CIA, Craig gives Bond more charisma than ever before, as if channeling Roger Moore’s wry and playful Agent 007.

And whether it was the relief of knowing it was his last go-around, the steady hand of director (and Bond super-fan) Cary Fukanaga, or the more humanistic co-writing of Fleabag’s Phoebe Waller-Bridge, Craig delivers an almost transcendent Bond performance throughout No Time to Die. It’s hard not to laugh as he pours mid-gunfight drinks for himself and novice agent Paloma (Ana de Armas) or trades self-deprecating barbs with the new 007 (Lashana Lynch as Nomi). Even his moments of outrage and frustration lack the teeth-clenching of the dour Quantum of Solace. He’s almost unhinged when interrogating Blofeld (even dropping the line “Die, Blofeld, Die!” in a nod to Fleming’s You Only Live Twice) and flat-out brazen when accusing Ralph Fiennes’ M of drinking too much on the job. This isn’t insubordinate bad boy Bond; this is Bond as a moralistic wide-angle lens, a veteran professional finally able to articulate what was once repressed. He sees the whole board now, and any other agent in his place would be ready to take the reins as M. 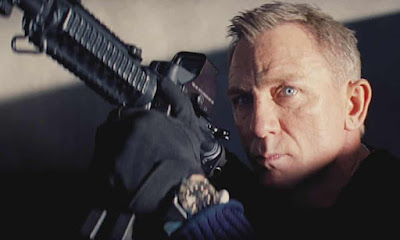 Instead, No Time to Die introduces his five-year-old daughter, Mathilde (Lisa-Dorah Sonnet), a development for which even Craig’s more enlightened Bond doesn’t seem quite ready. The actor pivots again, reapplying that familiar laser focus for a mission to save humanity from a superweapon that turns DNA into a deadly poison. The parallels here are clear: No Time to Die is about legacy, and Bond is literally fighting for a stable future with his family. Once the megalomaniacal Lyustifer Safin (Rami Malek) makes that impossible, however, Craig shifts into his final gear: Peace. It’s a different lightness than in Cuba, a serenity that no other Bond actor has ever been called upon to convey. No Bond actor has ever left the franchise better than he found it. No one has reshaped our expectations the way Daniel Craig has. After braving the controversies, critics, and audience trepidation, his Bond is, at last, fully unwound. No more wars to fight. No more plots to foil. Just the peace of knowing he’ll live on through his daughter, the peace of knowing that a blunt instrument can eventually be shaped into something real.
Posted by Patrick Bromley at 12:00 PM