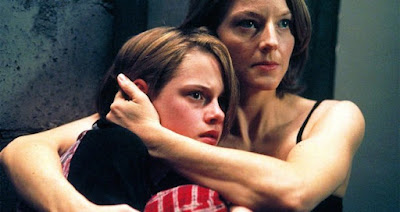 Nominated for “Best Horror/Thriller Trailer” at the Golden Trailer Awards.

• Best Scene/Moment: I guess when Dwight Yoakam’s character gets his hand crushed by the panic room door because f**k that guy.

• Best Song: This is a rare movie with only score and no songs. The music by Howard Shore is fine and somewhat understated for a thriller.

• Best Merch: A Japanese ticket stub for $16.99. These are cool. Did every movie playing in Japan have ticket stubs like this in 2002? 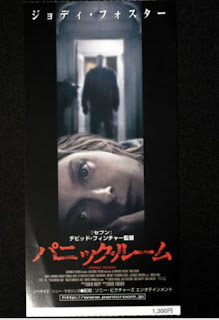 • Director Check: Panic Room was David Fincher’s much-anticipated follow-up to the cult hit Fight Club three years earlier. Up to this point, I would describe Fincher as being a “movies for guys who like movies” director based on his work to-date (which also included Alien 3, Seven, and The Game). After Fight Club, Fincher was purposely trying to make a movie at a smaller scale (with few locations) when he made Panic Room. The film was well liked by critics and a commercial success. Following Panic Room, Fincher took a 5-year break and made one of his masterpieces - 2007’s Zodiac, followed shortly thereafter with his first big Oscar play, 2008’s The Curious Case of Benjamin Button. Fincher’s work in the 2010s was very solid with the excellent The Social Network, his underappreciated The Girl with the Dragon Tattoo remake, and the very watchable Gone Girl. His most recent movie was underwhelming, 2020’s Mank, which he made for Netflix after working with them on the series’ House of Cards and Mindhunter. Fincher now seems to be toggling back and forth between film and television, including the recent series Voir. His next movie (also for Netflix) is a film adaptation of the French comic, The Killer, which will star Michael Fassbender.

• Year 2002 Movies to Trailer Before It: Dirty Pretty Things, Enough, Murder by Numbers 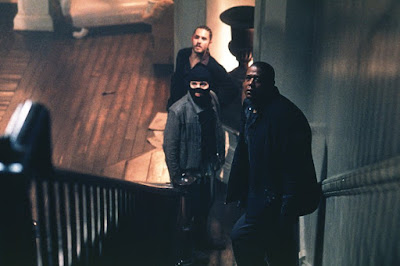 • Mall Movie? It’s mall-adjacent but would probably start out at the fancy theater in town.

• Only in 2002: Show-offy VFX tracking shots that are meant to blow your mind but just call attention to themselves.

• I Miss: Movies in the late '90s-early 2000s that made New York City’s Upper West Side seem like the greatest place in the world.

• I Don’t Miss: Jodie Foster star vehicles. She’s been very good in a lot of her earlier movies but more often than not in the 2000s she does little for me (e.g. Flightplan, Inside Man, The Brave One, Elysium, Hotel Artemis). 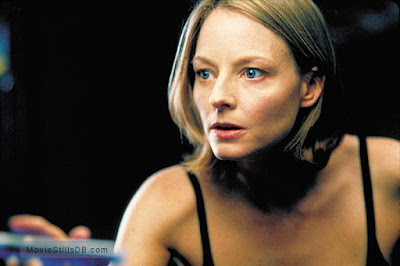 • What I Thought in 2002: I was disappointed after having somewhat high expectations based on the premise and who was directing. I remember thinking Panic Room was sort of basic for David Fincher, especially coming from something as provocative as Fight Club. I wasn’t interested in the characters much and that made me watch the movie at a distance only to be annoyed by filmmaking choices I didn’t like such as the instances of VFX camerawork and dingy lighting. Also, Nicole Kidman was supposed to star in this movie but suffered an injury and was replaced by Jodie Foster. Back then (and now), I would have much rather seen a version where Nicole Kidman is the lead.

• What I Think in 2022: I liked Panic Room this time a little bit more than I did in 2002. The movie works as a thriller and some of the performances (Leto, Stewart, Whitaker) are engaging. My main complaints have to do with how ugly the movie is to look at and Jodie Foster giving an underwhelming performance at the center (I feel bad picking on her). She joined the movie when it was already into production, so I understand why the work is maybe less layered than it might have otherwise been. Overall, the movie’s fine but not one of my favorite David Fincher films.
Posted by Patrick Bromley at 5:00 AM