Review: I WANT YOU BACK 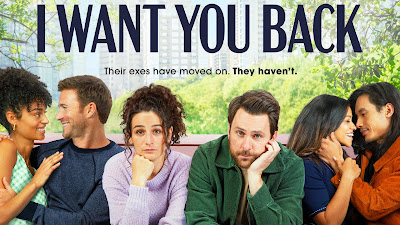 When Charlie Met Jenny…not much happened.

Romantic comedies often get a bum rap in “serious” circles, but they’re actually one of our most enduring cinematic traditions. The best of the bunch are like musicals: They’re rhythmic and colorful, giving us a heightened fantasy world of white-collar jobs and late afternoon brunches, a world in which anything — even true love between a shaggy underachiever and an uptight flibbertigibbet — is possible. They might be the genre of film that loves us the most, that most wants us to embrace their tropes and cliches: We usually meet our leads in some relatable state of transition — the day their relationship ends or that they realize (usually with the help of a quirky best friend) that their careers are so overwhelming that they need to Make a Change. A chance encounter kicks off the plot, throwing us head-first into whatever whimsical hijinks and over-the-top fairy tale gestures the filmmakers have in store. At their core, great romantic comedies are behavioral exercises. They strip us of cynicism and make us believe in charm, passion, and destiny. 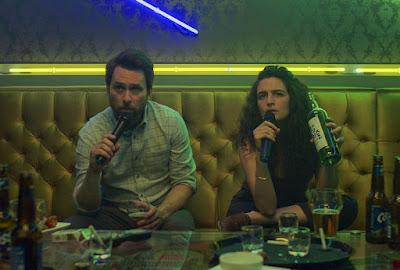 I Want You Back pulls more than a few pages from that book of rom-com Mad Libs, opening as Peter (Charlie Day) and Emma (Jenny Slate) are being unceremoniously dumped by their formerly-significant others. Bear with me for a second: Emma’s fitness trainer ex Noah (Scott Eastwood) has fallen for pie shop owner Ginny (Clark Backo), while Peter’s ex Anne (Gina Rodriguez) is shacking up with middle school faculty colleague Logan (Manny Jacinto). After sharing a good cry and some much-needed drunken karaoke, Peter and Emma resolve to help each other recover their lost loves. Emma will seduce theater director Logan by volunteering for his production of Little Shop of Horrors, while Peter will befriend Noah — Emma doubts Peter’s ability to draw Ginny — and encourage him to take Emma back. Wouldn’t you know it, though? The more time they spend in their respective pairings, the more Emma and Peter realize that they’re both holding onto something that is gone forever. Their real future is with each other, if they can just come to their senses in time.

Jenny Slate and Charlie Day make for a great pair of unlikely rom-com leads, as both of them have long-since cultivated a reputation for offbeat humor. They’re also prime examples of the classic Cute Hollywood Nerd — objectively attractive people whose hotness is tempered because they’re so often asked to share the frame with supermodels. The early scenes of them getting to know each other and building their rapport are by far the film’s best, and it’s a real shame that plot mechanics force them to pair off with their blander exes. Movies need things to happen in them, though, so we follow Emma on a mission of seduction that includes a performance of “Suddenly, Seymour,” a botched three-way with Logan and Anne, and an unexpected friendship with a 7th grade delinquent named Trevor (Luke David Blumm). Peter, on the other hand, goes clubbing with Noah and ends up fleeing an under-age pool party (crashed by Pete Davidson, no less), accidentally inspiring his new friend to propose to Ginny and squashing any and all hope Emma had of reconciliation. 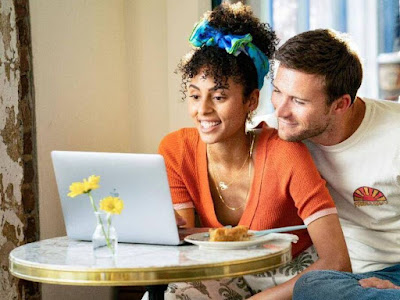 There are some fun bits, here — Slate and Rodriguez share a wonderfully awkward striptease for Jacinto, who plays a cultured cad light years removed from The Good Place’s loveable dope, Jason Mendoza — but I Want You Back doesn’t give us nearly enough time with our leads together to make their individual missions interesting or endearing. What’s really at stake between them? What are they learning about each other? Aside from Emma’s insistence that Peter is a “slow burn” guy and not a “one-night bang,” we’re not given enough reason to believe they wouldn’t just hook up. The genius of a good rom-com is that the leads have some inherent incompatibility that prevents them from coming to the conclusions that are obvious to us until the end. We have to want them to get together while also understanding why they don’t. This movie forgets that part, giving us the old “They’re too hung up on their exes to notice each other” excuse while also having them constantly notice each other. That leaves us with what, human plain yogurt Scott Eastwood? Yuck. 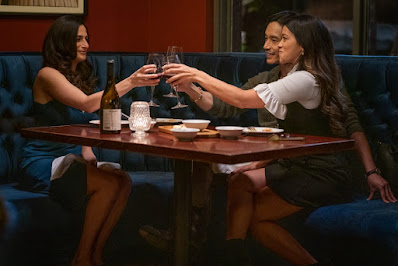 I Want You Back’s only other bit of intrigue is its Second Act Misunderstanding (which oddly comes at the beginning of the third act), in which all six of the characters meet at a social function and discover that they actually all know each other (“I guess we didn’t really think this part through,” says Peter). Other than that, it’s little more than the aforementioned rom-com Mad Libs. Is there anything wrong with a cliched romantic comedy? Not really! They’re reassuring! People like them! Kissing, and all that! But it’s hard not to feel like Charlie Day and Jenny Slate are wasted on such pedestrian material, that their sensibilities and comic personas would have been better served in something a bit more biting or satirical (David Wain’s They Came Together comes to mind). At the very least, veteran TV writers Elizabeth Berger and Isaac Aptaker could have crafted a screenplay that gave these two very charming people more opportunities to be charming with each other and fewer scenes of them moping over a human sleeve of saltines like Scott Eastwood.
Posted by Patrick Bromley at 5:00 AM