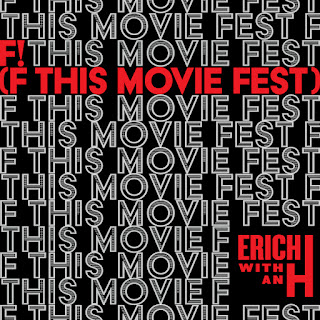 F This Movie Fest (STILL the world's only all-Twitter film festival) is the best. It's like if every holiday was rolled into one. All of them, even the ones you don't get off as an adult but your kids do. The ones where you have to figure out what to do with a six-year-old all day because it's something called "Flag Day Observed."

While Twitter seems to get a little worse every year, for one day each March it fulfills its true potential, playing unwitting host to a swarm of movie lovers from across the globe, loving movies and talking about them together online.

This year's fest celebrates 6 films from 1996. I was in college back then, and everything seemed possible. Except driving places. I didn't have a car. But I still managed to get to the movies on occasion, sharing firsthand in the big-screen awe and majesty of flicks like The Rock, Independence Day, and That Thing You Do. Other movies had to wait for VHS and the relatively new DVD format. The first time I saw Mars Attacks! was because my friend got the DVD for free with the purchase of his disc-drive enabled, chunky plastic laptop.

Life seemed simpler in the mid-'90s, but even with with complexities and anxieties of the modern age, watching movies with friends makes life feel simple again. That's why I spend several weeks each year writing and recording songs that only appeal to a limited audience of people. The best people. People like you.

Lyrics
F This Movie Fest!
The years roll back
It's 1996
We're feeling good
I hope this feeling sticks
The movies take us
To another time and place
A quarter century or so, to

When Mars attacked Nic Cage and Connery
That thing we did while Zane made comics history
Vampires raised the stakes
And UFOs obliterated Paris, London, Bill, and Hillary

No one knew then what would happen next
Y2K, election drama, war, the plague, and "Thanks Obama"
No one tweeted way back when
'Cause Twitter hadn't been invented
To talk about the tapes we rented
Then it was
And all because of

Hear more of Erich's music and buy his songs on his official Bandcamp page!
Posted by Patrick Bromley at 2:00 PM