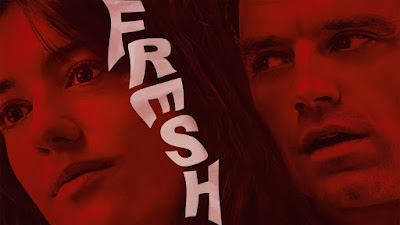 Dating mistakes can really bite you in the ass. That’s funny if you’ve seen this movie.

Mimi Cave’s Fresh begins with a first date from hell. Actually, it’s the prelude to a first date from hell, as Noa (Daisy Edgar-Jones) is already commiserating with best friend Mollie (Jonica T. Gibbs) over the phone: Tonight’s suitor reminded Noa beforehand that the restaurant he’s chosen is cash only, a not-so-subtle hint that they’ll be splitting the check. With a love connection firmly out of the question, Noa now just needs to decide if she’s hungry enough to put up with this chump for an hour. Every date seems to go this way for Noa — She can’t even send one innocuous response on a dating app without getting a wave of unsolicited dick pics — so much so that she’s tempted to give up on the whole thing altogether. Still, she decides to take one last chance on Steve (Sebastian Stan), a charming surgeon whose wry smile and self-effacing humor disarm her enough for a few Manhattans and a roll in the hay. This isn’t like her, Mollie protests, but the alluring Steve is such a refreshing change of pace from the usual dreck that Noa agrees to a weekend getaway. 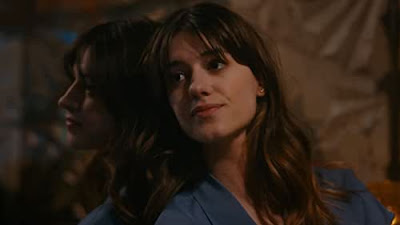 Waking up hours later, groggy and chained to the floor of Steve’s subtle and modernistic murder dungeon, Noa starts to wonder if she could have paid a bit more attention to some of his more prominent red flags: His lack of social media presence, his insistence that their destination should be a surprise, and the generally enigmatic, Patrick Bateman-y energy with which he seems to slither from place to place. We in the audience certainly knew this would happen — Steve all but sneers right down the barrel of the lens in his early scenes — but we also understand that people make silly decisions in moments of desperation and vulnerability. We want to take risks with our hearts. We want to believe that the world isn’t as cold and unforgiving as our decades of life experience have led us to believe. Noa’s a romantic, despite it all, which makes the fact that she’s trapped in the aforementioned subtle and modernistic murder dungeon all the more disappointing. Turns out Steve runs a kind of human Hello Fresh, a service that delivers boxed meals to rich cannibals.

It’s then — after we finally get the opening credits — that the movie really begins. Noa adjusts to dungeon life and makes friends with cellmate Penny (Andrea Bang), while Mollie follows Noa’s breadcrumbs from the bartender who last saw her with Steve (Dayo Okeniyi as her former hookup, Paul) to Steve’s vapid Stepford wife, Ann (Charlotte Le Bon). Meanwhile, Steve lets his freak flag fly, flaying up co-eds and tanning hides so savory they’d make Hannibal Lecter shake in his sleek, Lithuanian boots. Despite some strong adorkableness from Edgar-Jones (star of the excellent Normal People), Sebastian Stan is Fresh’s clear standout performance. His gleeful narcissism is really no different than that of all those Chads that Noa’s been shuffling through for years, and any woman who has ever been called a bitch will recognize the ways she plays on that ego to craft her escape. He may have movie star good looks, but Stan also has a bit of menace about him, and Fresh takes it to its logical conclusion. He’s a nice guy, he assures Noa. Why not give him a smile? 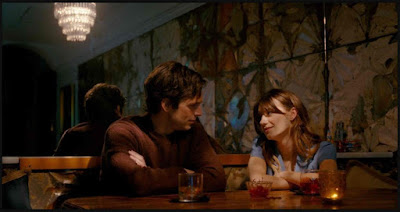 Lauryn Kahn’s breezy screenplay draws clear parallels between dating culture, human trafficking, and the marginalization women face in pursuit of a stable and coherent life, and there’s a certain deftness with which it balances its black comedy. It even attempts a bit of pathos for Steve: When pressed about his cannibalism, Steve confesses that he admires its intimacy, that giving yourself over to someone — by merging with them through ingestion — is love’s one true form. There’s something really juicy and longing to that character beat, both its patriarchal tone and the way Noa manipulates it in the film’s best sequence, but Fresh never takes as much time to interrogate it as it might have. Instead, it leans on easy stereotypes like Gibbs’ Black Best Friend and Le Bon’s self-hating accomplice wife to string together a muddled tapestry of feminist themes that never quite land. You’d be forgiven for wishing the cannibalism had been excised entirely, or at least that more time had been spent building relationships between the diverse cast in which the film asks us to invest.

So it might be best to applaud the ambition in Mimi Cave’s feature debut while also recognizing its limitations, the shortcuts it takes to force thematic resonance without really doing the legwork to earn it. Take, for example, an incredibly intimate scene in which Le Bon’s Ann reveals the painful origins of her marriage. It’s silent and subtle. Agonizing and tragic. But it’s never paid off, never integrated into the larger narrative other than as a clumsy punchline in the film’s violent climax. That’s Fresh, really: Entertaining in the moment, sure, but infuriating upon further reflection. It’s full of fun performances and clever, elliptical editing flourishes that highlight the haze of early infatuation, but the net it casts is far too wide to capture anything of real, detailed significance. Cave and Khan are making typical freshman mistakes, rushing through themes and motifs like the garage band that worries they might never get to make a second album. There’s talent there, sure, but it needs focus and discipline to produce something truly special.

Fresh is available on Hulu now.
Posted by Patrick Bromley at 5:00 AM