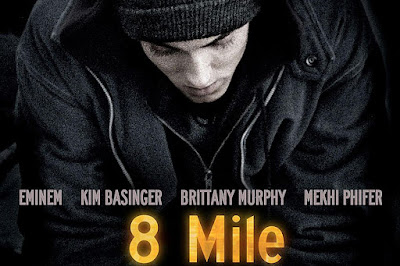 • Best Scene/Moment: The rap battles that bookend the movie.

• Best Song: “Lose Yourself” of course. It didn’t win an Academy Award for Best Original Song for nothing. This is one of the best tunes ever put in a movie. It’s timeless. 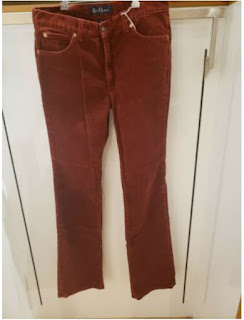 • Best Merch: You can buy Kim Basinger’s screen-used pants from 8 Mile for $1,200.00. They come with a certificate of authenticity.

• Director Check: 8 Mile was directed by the underrated Curtis Hanson. Hanson began his career making B-movies and teen comedies (such as Losin’ It) before making the leap to entertaining, character-driven mainstream thrillers like The Bedroom Window, Bad Influence (which I need to see), The Hand That Rocks the Cradle, and The River Wild (both very ‘90s and fun). Hanson’s biggest career success was the critically adored 1997 cop drama L.A. Confidential, which made Hanson a prestigious, in-demand director for a period in the late-90s’-early 2000’s. The run that began with L.A. Confidential continued with the terrific comedy Wonder Boys and 8 Mile. Hanson coming on board to direct an Eminem starring vehicle was mutually beneficial in 2002, lending the rapper the instant credibility of being in a film directed by an auteur and giving Curtis Hanson a film in the popular zeitgeist. After 8 Mile was a solid hit, Hanson directed the well-reviewed Cameron Diaz-Toni Collette comedy-drama In Her Shoes and the maligned Eric Bana gambling flick Lucky You. Both were box office disappointments. His final film was the 2012 surfing biography Chasing Mavericks (which he co-directed with Michael Apted). Sadly, Curtis Hanson passed away in 2016 at the age of 71.

• Year 2002 Movies to Trailer Before It: 24 Hour Party People, Brown Sugar, Queen of the Damned 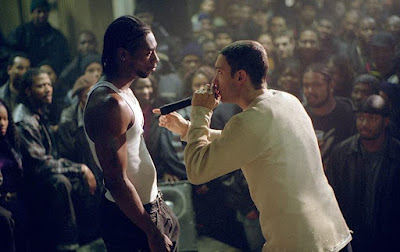 • Mall Movie? Yes, because it’s about a rapper. 8 Mile toes the line between mall movie and something that would be playing at the fancy theater solely because it’s directed by Curtis Hanson. 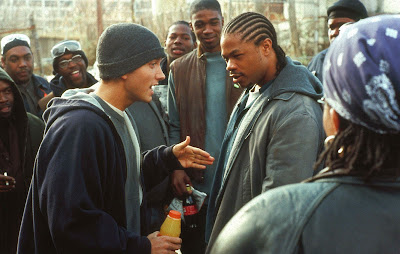 • What I Thought in 2002: I loved 8 Mile. This caught me somewhat by surprise because I wasn’t the biggest fan of Eminem’s music or persona leading up to 8 Mile, but everything about this film worked for me. It’s very entertaining and closes in a joyous cinematic endorphin rush with the rap battles between Eminem and Free World (led by Anthony Mackie’s Papa Doc). My favorite memory about 8 Mile from 2002 was I had to wait four days to see it because every show in my college town was sold out for its entire opening weekend. My anticipation was through the roof and the film met those expectations.

• What I Think in 2022: It’s still fun. Even though I’m still not the biggest fan of Eminem, most scenes he’s in have at least 2-3 other actors I like. The music is great and the story’s compelling. I was happy 8 Mile held up so well. Curtis Hanson was a damn good director. Compared to other movies meant to launch a musician’s film career, 8 Mile is near the top of the heap.
Posted by Patrick Bromley at 5:00 AM