Kick off your summer movie season right with these double features!
Double Feature 1:

Patrick: I know that theme is going to rankle some Braveheart fans, but I’m a big believer that Apollo 13 is the better movie and should have won the Oscar in 1996. In fact, I half suspect the only reason A Beautiful Mind won a few years later was as a makeup for him losing out on Apollo 13. Raging Bull hopefully pairs well, too, because it’s also based on a true story. And Jake LaMotta went to space.

Adam: This is a solid double bill with two really good movies. Nowadays, I agree that Apollo 13 should have won Best Picture that year. I probably would have gone Braveheart or even Babe back in 1995. Jake LaMotta in space is chilling. Talk about one of the worst people to be trapped in a spaceship with. He’s just punching the side of the shuttle crying “Why? Why? Why?” and throwing bags of astronaut ice cream at you because he thinks you f***ed his wife.

Adam: Wow! James Spader was in two movies released in January 1985. This pairing was a no-brainer. How are these movies? I’ve never seen them. Looking at the January 1985 releases, this was a pretty good month! I need to see The Falcon and the Snowman and especially Fandango for my boy Costner.

Patrick: I love Tuff Turf and like The New Kids, so this double feature rules. I love Spader. I love the trailers, too. This might be the one I do first.

Patrick: There’s a case to be made that every Walter Hill movie is a western, but for the purposes of this double feature I opted to program only those that are actually set in traditional western settings. Geronimo is the one Walter Hill I’ve still never seen, so this would be a good chance to right that wrong. Are we showing it in 70mm?

Adam: I’m excited for this one. I’ve never seen Geronimo or The Long Riders, so this is a good excuse to check both off my list. Yes, Geronimo is in 70mm. I’m going to try to make it to the Music Box that day to see Lawrence of Arabia, Geronimo and Flatliners back-to-back-to-back all in 70mm. 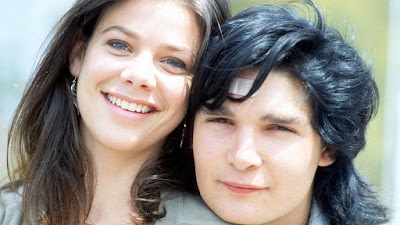 Adam: This pairing is cutesy, but I couldn’t resist. I really like Patton Oswalt and Meredith Salenger as a couple. I feel like if we programmed this there’s a 75% chance they would show up for a Q&A after the movies. I’m not sure if the two movies will play together well but they both have to do (at least in part) with high school, so that was my logic.

Patrick: Not only is this theme ADORABLE, but I feel like the movies would play together well for some reason. Matt Singer recently named Dream a Little Dream as one of the worst movies of the ‘80s and I just can’t get down with that. I love it. 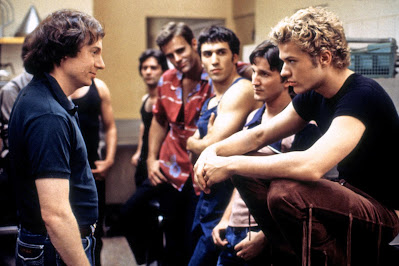 Patrick: I’ve seen the “director’s cut” of 54 and can’t exactly argue that it was “ruined” by the typical Miramax meddling, but it’s definitely a more interesting movie than the one that went to theaters. I think both Erika and I were hoping for a new Boogie Nights when it came out in 1998. This is…not it. At least it would play well with OUaTiA because it’s pretty short and the second movie is super long. It’s also one of the best movies ever made in its uncut form.

Adam: Friday Night Double Features constantly exposes all the movies I’ve never seen but need to get around to. Case in point, both 54 and Once Upon a Time in America. This might be the double feature I watch first from our list.

Adam: I love theme parks just as much as I love movies so I couldn’t resist programming an old school theme park double feature based off you programming the original King Kong. I wish the Jaws attraction was more eventful but it’s also something I gladly go on over and over. Do you remember those Universal Studios TV spots from around when the park opened? I remember being legit scared to go there because there’s a moment in the ad where the Hanna Barbera ride flips upside down and a kid falls out into a canyon. He lands on a Nickelodeon trampoline but still.

Patrick: Amazing. I totally remember that ad too! What’s up with Brundlefly jumping out of the pod? What kind of fucked up stuff is happening at this theme park? 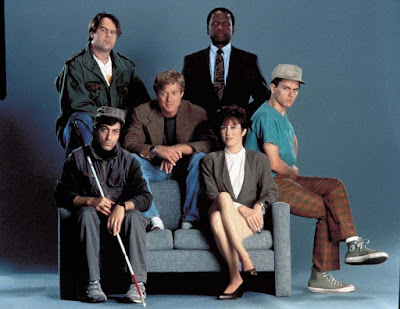 Patrick: The movies we programmed here are better than any of the trailers. Sneakers in particular is one of those movies I forget exists and then I’ll see it (or part of it) and be reminded of just how rock solid it is.

Adam: I’m really into this double feature because both Sneakers and WarGames are movies I’ve caught bits of on cable over the years but know mostly just from reputation. The people who like Sneakers seem to really like Sneakers. As for the trailers, those movies are definitely best in that form as opposed to watching them as features. Except maybe The Net because I love floppy disks. People used to say, “back it up on my floppy” and no one would bat an eye. Now we say, “Peacock crashed my Roku.”

Adam: I revisited Panic Room for its 20th anniversary earlier this year and thought it was decent. I just wish it didn’t have such murky cinematography. It’s obviously a deliberate choice of David Fincher but it’s not my jam at all. I decided to pair it with the darkest (not thematically, but lighting) movie I’ve ever seen, which is The Relic, a good movie ruined because you can’t see shit. Spider-Man: Into the Spider-Verse has blurry animation that we all just decided was groundbreaking. I don’t get it. Don’t Tell Mom the Babysitter’s Dead looks like it was shot on VHS. Battlefield Earth is a canted angle smudge nightmare. I don’t know if I’d want to experience this evening at the movies. It would probably turn me into Sam Neill at the end of In the Mouth of Madness.

Patrick: I like the specificity of the theme. I love The Relic (#HyamsLife) but you’re not wrong about it being way too dark. I remember liking Panic Room in theaters but I’m never inclined to revisit it. Sometimes I think I’m not much of a Fincher guy even though he’s made some incredible movies.

Patrick: Not an ambitious theme, but I wanted to program a double feature specifically for you so I went with Batman Forever as the second movie. You’ve got a birthday coming up. You deserve some Chase Meridian.

Adam: I appreciate this. I think Spider-Man 3 is a disappointment but still has a lot of good scenes and interesting material in it. And Batman Forever…I mean…with every passing year it solidifies as MY Batman movie more and more. Dr. Chase Meridian is good for my mental health. Also, I can’t wait for this trailer block!

Adam: I’m happy you programmed The Conversation. I finally watched it for the first (and second) time this year and think it’s phenomenal. The final moment of Hackman playing his saxophone while his world has fallen apart has stuck in my brain and provided the inspiration for this double feature. I decided to follow it up with New York New York, a Scorsese movie I started watching but never finished. Robert De Niro is A LOT in this movie, like maybe even more than Jake LaMotta.

Patrick: You had me at the trailer for The Devil’s Honey.
Posted by Patrick Bromley at 5:00 AM