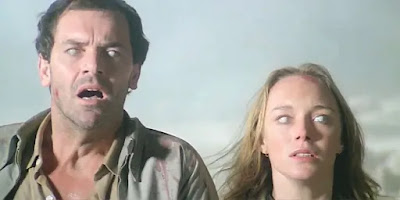 Niente sonno per noi!
I love programming movie marathons, so for Junesploitation's Italian horror day I thought it would be fun to put together 24 hours of one of my favorite subgenres of horror. My love of Italian horror is well-documented on this site, so let's get right to the movies! 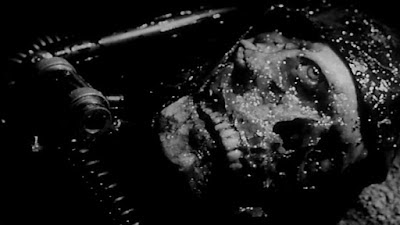 We should start here because it's pretty much the first movie ever directed by Mario Bava, the father of Italian horror, who took over when original director Riccardo Freda left the production. It's essentially an Italian riff on The Blob, only darker, scarier, and gorier. It's also less fun than The Blob, but that shouldn't stop us from beginning our marathon here: ground zero for one of the wildest and most prolific of all horror subgenres.
Noon - A Blade in the Dark (1983, dir. Lamberto Bava) 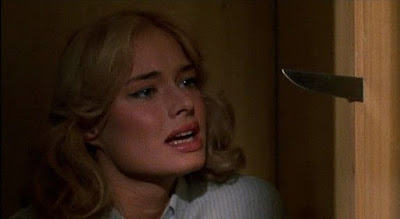 I'm not really interested in going chronologically for this marathon, because that means we would just be frontloaded with a lot of Mario Bava. And since there's no logical other real logical way to structure this thing, let's just go from Bava to his son Lamberto, a very talented director in his own right. I know Demons is probably the more obvious choice, but it's too early in the marathon for that one. Instead I'm going with L. Bava's 1983 giallo A Blade in the Dark, about a horror movie composer being stalked by a killer. Like a lot of gialli, there's a psychosexual component to the murders that date the film, but it's got some good setpieces and I like the world of film scoring in which the movie is set. It's a pretty underrated giallo.
2 pm - The Black Belly of the Tarantula (1971, Paolo Cavara) 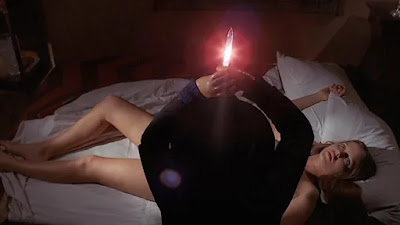 I'm not super familiar with the filmography of director Paolo Cavara, but this is a really solid giallo starring Giancarlo Giannini investigating a series of murders that may involve drug trafficking and blackmail. Red herrings abound. Barabra Bouchet and Barbara Bach co-star, which alone makes the movie worth seeing. The movie subverts some of the tropes of gialli by dealing with masculinity and impotence in a way most others don't, making it stand out within the genre.
4 pm - Cannibal Ferox (1981, dir. Umberto Lenzi) 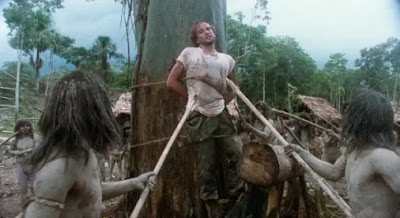 It's probably way too early in the marathon for this one, but fact is that a) we need a break from gialli and b) there's never really a "good" time for one of these cannibal movies, but we need to have them represented if we're doing a marathon of Italian horror. Ruggero Deodato's Cannibal Holocaust is the far superior movie, but it's almost too good to watch in this slot; we'd wind up sad and depressed the rest of the day and night. Instead, let's revel in the sleazy stupidity of Umberto Lenzi's Cannibal Ferox, an indefensible film that's only for the most hardcore fans of Italian genre cinema. I want Lenzi represented somewhere, and while this is far from his best movie, it still demonstrates his abilities as a filmmaker and as a provocateur. Lenzi rules, even if this film doesn't.
6 pm - The Black Cat (1989, dir. Luigi Cozzi) 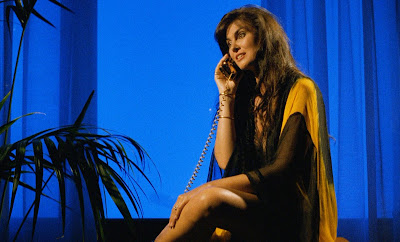 The first movie in the lineup I haven't yet seen. I was originally going to program Lucio Fulci's Black Cat here because I think it's underappreciated, but then I remembered Luigi Cozzi made a film of the same name that comes highly recommended by the people at one of my favorite podcasts, Destroy the Brain, and recently screened at their 12-hour marathon. Severin sells a Blu-ray that I don't own, so this would be a good excuse to pull the trigger and order it.
8 pm - Phenomena (1985, dir. Dario Argento) 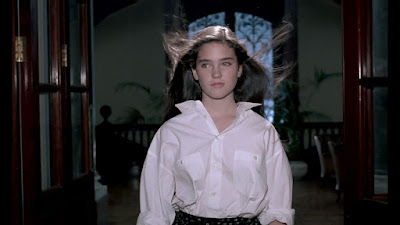 I know Suspiria probably makes the most sense as the Argento film to program in the primetime slot, but I'm on a little bit of a Jennifer Connelly kick no doubt inspired by Top Gun: Maverick. Plus, Phenomena moves up in my Argento rankings every time I see it. There's just something about the hazy atmosphere of the whole thing that I deeply love. And that ending! So many Italian horror movies have holy shit endings, but this one ranks among the best.
10 pm - The Beyond (1981, dir. Lucio Fulci) 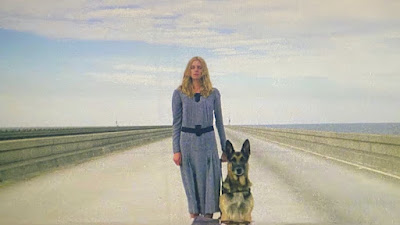 My favorite movie from my favorite of the Italian directors. This one is a no-brainer.
Midnight - Strip Nude for Your Killer (1975, dir. Andrea Bianchi) 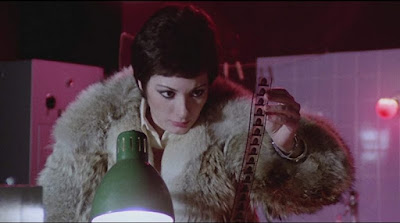 For most of these 24 Hours of Movies marathons, I start programming crazy Italian horror in the midnight-to-6 am block, but there's no way to start getting crazy when the whole marathon is crazy Italian horror. Instead, let's double down on the sleaze with what might be the sleaziest movie ever made. Plus, we finally get some Edwige Fenech in the lineup. The final scene of the this movie has to be seen to be believed.
2 am - Cemetery Man (1994, dir. Michele Soavi) 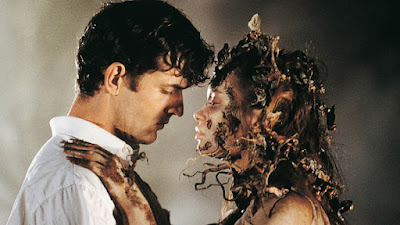 We need to have a Michele Soavi somewhere in this lineup, and seeing as Cemetery Man (aka Dellamorte Dellamore) is his dreamiest film, it makes the most sense to place it at 2 am. Rupert Everett plays a cemetery worker tasked with killing the dead when they rise from the grave as zombies. This is a great movie and showed just how promising a career Soavi had as a director before his career was cut short by tragedy (he's directing again, I believe, but I haven't seen any of his newer stuff). Plus, pivoting from Edwidge Fenech to Anna Falchi is one of my best creative decisions ever.
4 am - House on the Edge of the Park (1980, dir. Ruggero Deodato) 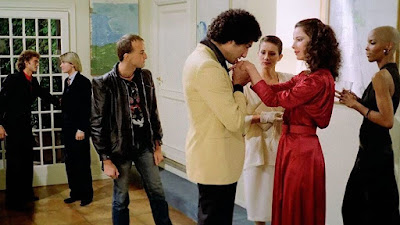 This one's a little ways down the list of my favorite Deodate films, but it's a perfect fit for the overnight slot. David Hess and Giovanni Lombardo Radice play criminals who invade an upscale party and hold the guests hostage -- The Desperate Hours by way of Last House on the Left. Typically depraved Deodato fare, elevated by the presence of Hess giving a characteristically wild performance. Worth watching just for the face he makes at the end.
6 am - Black Sabbath (1963, dir. Mario Bava) 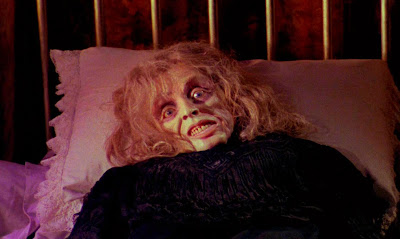 I planned to avoid repeating any filmmakers through the course of this marathon, but the truth is that there's no other Italian horror movie I'd rather wake up to than Mario Bava's anthology Black Sunday. For ur purposes we'll be watching the Italian cut of the film, though if I'm being honest I kind of like the AIP version.
8 am - The Fifth Cord (1971, dir. Luigi Bazzoni) 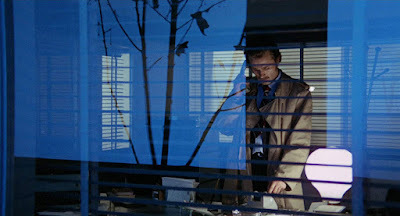 The second movie in our lineup that I've never seen, although at least we already own this one. It's a giallo in which Franco Nero plays a journalist investigating a murder while being a target of both the killer and the police. I've been wanting to see this for a few years ever since becoming aware that it was shot by the great Vittorio Storaro and is reportedly one of the best-looking gialli ever made. Our Italian horror marathon is a great excuse to finally check this one of the list.
10 am - Wild Beasts (1984, dir. Franco Prosperi) 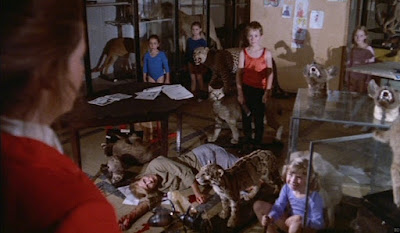 We need to end this marathon with a banger, and that's exactly what this movie is. PCP gets into the water supply and turns all the city's animals into rampaging murderers. Is it the best premise ever for a movie? It is. Does it live up to that promise? It does. Is it the best way to wrap up 24 hours of Italian insanity? Of course. After all the crazy we've seen, we need to see some new and even crazier shit. Wild Beasts more than fits that bill.
Posted by Patrick Bromley at 5:00 AM