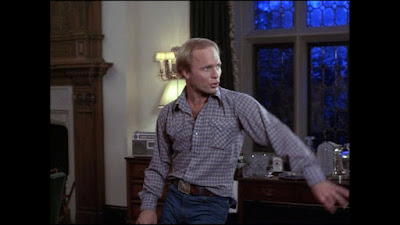 Some tunes to listen to before you do something ‘80s – like watching Stranger Things.

I should probably rewatch Cat People (1982). I was mixed on it the first time (I’m convinced Malcolm McDowell wasn’t acting) but I’m always in the mood to revisit it. This song (which I, like many people, found through Inglorious Basterds) is one of the greatest things I’ve ever heard. What a way to start a mix! Good job, me.

I know this song is sort of a gag in Creepshow (Ed Harris dance!), but can I also say it’s one of my favorite disco songs??? It’s groovy. Those horns!

Deadtime Stories is a very bad movie. I’m convinced the events depicted really happened and it’s not a movie (like Spookies). The theme song (and opening credits) sequence are hypnotic though. This must be the #1 song involved in crime globally. I fear it and yet am equally drawn to it.

Every time I watch Elvira: Mistress of the Dark (so 6 times) I stop and think to myself how great this song is. I don’t often want to party anymore but when I see Lori Chacko, I feel young again. She looks like the first time someone gave Kelly Lynch a Red Bull. If I were in the audience at a Lori Chacko concert, I would clap along to this song. That’s not faint praise.

I love music videos from movies where the band is thrown into the world of the film. And that guitar riff! It’s so perfect. One of my favorite things about Killer Klowns from Outer Space (and this song) is everyone involved decided not to phone it in based on the goofy presence and instead give their all to making the best Killer Klown movie/song that they could. The ending of the video makes me wonder if The Dickies are still locked up in Killer Klowns jail. I hope not.

Song: “Rock Until You Drop”
From: The Monster Squad
Artist: Michael Sembello

I like how the song/video for this starts with Andre Gower jumping out of bed because this is song totally has “The alarm went off and I gotta get going, lots to do” energy. This song is super ‘80s. Michael Sembello understood the assignment, as the kids would say. P.S. I like that I now recognize at the 0:45 mark that the poster in the background is for Vampire Circus. It’s like a little achievement I unlocked. If children’s birthday parties at Showbiz Pizza were a song, it would be “Rock Until You Drop.” It’s the Robin to Wang Chung’s “Everybody Have Fun Tonight’s” Batman.

Full disclosure: I don’t love this song (the chorus is catchy), but I love a memory I have that includes this song. I was at a Flashback Weekend horror convention panel for NOES 4 and one of the draws was that Tuesday Knight would sing “Nightmare” live. She did. Over a boom box. And we all had to clap while she sang the song. And Lisa Wilcox danced awkwardly. People do things for their friends sometimes. I wanted to run away but I stayed because manners.

I dig this one. It’s spooky. Who are all these people hanging out at the pet sematary? It’s a busy day over there! Oh no! Ramones got buried at the end…that’s exactly what they didn’t want to happen! Is it bad that this is my favorite Ramones song?
Posted by Patrick Bromley at 5:00 AM