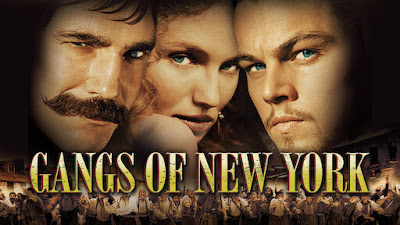 • Best Scene/Moment: The climax with the Civil War draft riots which is just harrowing, sustained chaos.

• Best Song: “The Hands That Built America” by U2. I used to think it was a song reverse engineered to win an Oscar, which may be the case, but it’s a pretty good one regardless.

• Best Merch: Ever want to get into Jim Broadbent’s pants? Now you can for only $425.00! You can buy his character’s (Boss Tweed) screen-worn trousers! I love the seller’s description: “William Boss Tweed is the secondary antagonist of the movie and turns out to be arguably the meanest character since he has no code of honor. Hero Pants worn in multiple scenes. Cool Bad Guy Stuff. Vote Tammany!” 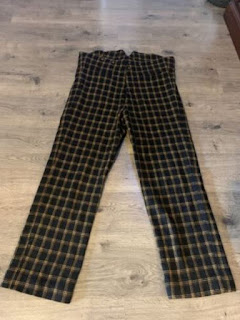 • Director Check: Gangs of New York was directed by one of the greatest filmmakers ever: Martin Scorsese. This was his first film of the 21st century after 35 years making classics including Taxi Driver, Raging Bull, and Goodfellas, to name just a few. Leading up to Gangs of New York (which was a project he was working on for many years), Scorsese pivoted from films starring his frequent collaborator, Robert De Niro, to some interesting off-shoots like Kundun in 1997 and the amazing Bringing Out the Dead in 1999. Gangs of New York started Scorsese’s collaboration with actor Leonardo DiCaprio, which was mutually beneficial for Scorsese (DiCaprio is a bankable movie star) and DiCaprio (he gets to be the lead in Martin Scorsese films). The film was a critical hit (however, it rudely was nominated for 10 Oscars and won none) and modestly successful financially. Following Gangs of New York, Scorsese and DiCaprio worked together multiple times on films such as The Aviator, The Departed, Shutter Island, and The Wolf of Wall Street. Scorsese’s most recent film was 2019’s The Irishman, which reunited him with frequent collaborators Robert De Niro and Joe Pesci. Scorsese’s next is expected this November: Killers of the Flower Moon, a period crime drama starring DiCaprio and De Niro as well as Jesse Plemons and Lily Gladstone.

• Year 2002 Movies to Trailer Before It: Catch Me If You Can, City by the Sea, Road to Perdition 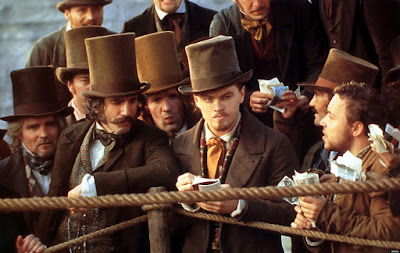 • Mall Movie? No, this was a prestigious holiday release from a big star and a marquee director. It would play at the fancy theater.

• Only in 2002: A Touchstone Pictures/Miramax Films co-production.

• Scene Stealer: This is a tough one. The obvious answer is Daniel Day-Lewis, who overwhelms every scene he’s in (by design) but he’s a lead so giving him “scene stealer” seems odd. I’ll go with Brendan Gleeson, who brings a heft and gravitas to all his moments.

• I Miss: Cameron Diaz, who I hear is coming out of retirement! 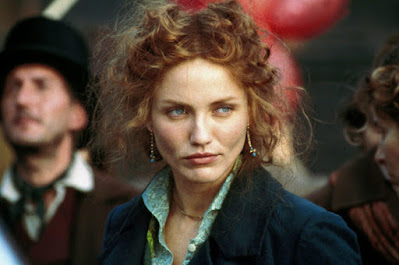 • What I Thought in 2002: I liked Gangs of New York but didn’t love it back in 2002. I thought it was a bit disappointing, but I was judging it from very high expectations. Anything short of the best movie of the year was bound to seem like a letdown.

• What I Think in 2022: I think it’s even better now than when I saw it 20 years ago. All my quibbles are gone and what remains is another Scorsese masterpiece with an incredible Daniel Day-Lewis performance at its center. The film feels so specific, thought-out, and lived in and it culminates in such a pulverizing and masterful way. To borrow one of my favorite phrases (from the great Elric Kane), this is pure cinema.
Posted by Patrick Bromley at 5:00 AM