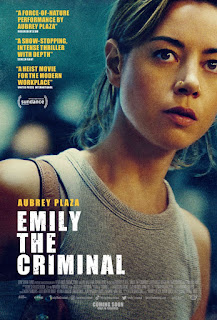 Capitalism is no match for Aubrey Plaza.

Why do outlaw stories make for such great cinema? There’s the power fantasy, for one thing, the thrill of watching an enterprising gangster expand their empire through savvy and ruthlessness. There’s the romance of rebellion, as well. It feels good to break the rules, to expose the hypocrisies of a society built to help the powerful stay prosperous and keep the rest of us on our knees. Americans, in particular, have always been drawn to the outlaw hero, whose unique code of fairness and justice sends our usual indifferent, bureaucratic systems into chaos. It’s cathartic. It’s freeing. Rules are meant to be broken, says the child within us, and an ideal world would make enough room for everyone to do whatever they want. But these outlaw stories often double as morality plays, cautionary tales of corruptive ambition or sociopathic greed. The center cannot hold, and sooner or later our hero will pay the price for their deviance. But what if it wasn’t our hero who was deviant? What if it was the system itself? Who pays then? 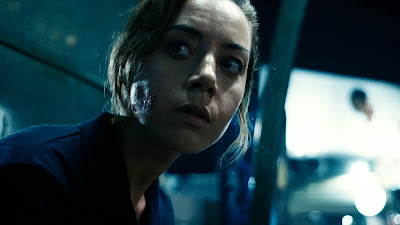 Enter Emily (Aubrey Plaza), who’s in a rut. Barred from gainful employment by a felony conviction and sinking under thousands of dollars in student loan debt for a degree she never completed, she’s bouncing from one menial job to the next with no hope of reprieve. While friends like Liz (Megalyn Echikunwoke) scale corporate ladders — promising, of course, to hook Emily up with interviews that never seem to materialize — Emily settles for the odd extra catering shift until coworker Javier (Bernardo Badillo) connects her with Youcef (Theo Rossi), who promises her and a group of fellow ne'er-do-wells two-hundred dollars cash for a few minutes’ work as a dummy shopper. All Emily needs to do is pick out a flat-screen TV, pay with the fake credit card Youcef provides her, and collect. It is illegal, Youcef admits, but who’s really getting hurt? Emily’s in, and it’s not long before two-hundred for a TV becomes two-thousand for a sports car. A few weeks later, she’s making her own cards and running her own scams.

Things get complicated, of course, as Emily doesn’t serve the most reputable clientele. They try the usual tricks and intimidation schemes, with one pair of grifters even breaking into her home and robbing her at knifepoint. Undeterred, Emily simply follows them back to their pickup truck and introduces them to her taser. Because while Emily may have her back against the wall, no one — and this is important — no one fucks with Emily. She’s been fucked enough. By her friends. By her managers. By banks. By prospective employers who dangle her conviction over her head for the fun of it. By the ex who got her the conviction in the first place. Emily is done. She knows what she’s worth and will do what it takes to get it. “You’re a bad influence,” says Youcef when the new lovers decide to take down his unsavory partners. But she’s not. She’s standing up for herself. She’s standing up for Youcef. Emily and her peers made a deal with the universe: Hard work gets rewarded. And she’s tired of being stiffed on the bill. 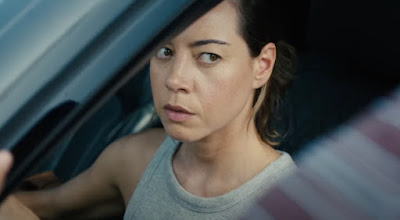 The feature debut of writer/director John Patton Ford, Emily the Criminal is a grimy and gorgeous portrait of Millennial ennui, the story of a person so deeply betrayed by the system into which she was born that the old ethics and hierarchies are starting to feel laughable and obscene. At first, Emily sees her venture as a bridge to a legitimate gig. She tries to get one, and then another, before finally scoring that vaunted position with Liz’s trendy firm only to walk out when she realizes it’s an unpaid internship. “You’re a little bit spoiled,” Liz’s boss tells Emily during a long diatribe about the virtues of Grind Culture and the gender politics of yesteryear, a time when women could only be secretaries. “Yeah, but secretaries are still paid,” Emily shoots back, hammering home the essential lie of an economy that demands endless supplication and sacrifice for a fleeting chance at a living wage. Emily may be a criminal, but how else can she earn honest pay for honest labor? How does an unpaid internship help keep the lights on?

And that’s the whole point: Emily isn’t Henry Hill. She’s not breaking the rules for fun. She’s not jonesing to get back at those who said she’d never succeed. Emily is a Good Person. She works hard. She’s an artist. A friend. A lover. But the unforgiving world that Ford builds for her is sure to feel familiar to anyone who’s long since abandoned the dream of pensions and summer homes, of corner offices and 2.5 children. That Boomer shit isn’t feasible for people like Emily, so why should she keep fighting for it? Aubrey Plaza — building on star turns in indies like Ingrid Goes West and Black Bear, and co-producing under her Evil Hag banner — perfectly balances Emily’s earnest ambition with an indignant rage that gradually boils over as she comes to these realizations. Ford’s handheld camera follows closely as she sweats and bleeds for every cent, capturing the panic and isolation of extra-legal entrepreneurship. Emily the Criminal is an anthem for a lost generation, a stirring reminder that no one gives it to you. You have to take it.