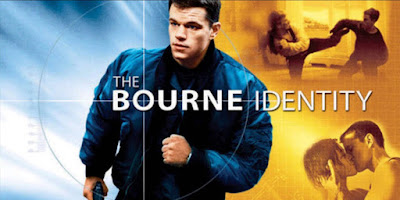 Winner of the Taurus Award for “Best Work with a Vehicle” at the World Stunt Awards.

• Best Scene/Moment (tie): The Mini Cooper car chase through Paris and when Jason Bourne (Matt Damon) jumps/falls from a high staircase at the end.

• Best Song: “Extreme Ways” by Moby. My options were limited. It’s usually not Moby for the win.

• Best Merch: A 20” x 60” French Door Panel movie poster for The Bourne Identity for $89.00. I love the French title for the film: La Memoire Dans La Peau. This would look good in a college dorm room in Paris where you will then have disagreements with your roommate all semester over if Valerian and the City of a Thousand Planets is or isn’t essential Luc Besson. 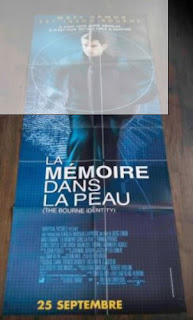 • Director Check: The Bourne Identity was directed by Doug Liman, who has had an eclectic career over the years. Liman’s debut was 1994’s Andrew McCarthy black comedy Getting In, but his breakout came from his second feature, Swingers, which was an indie classic of the 1990s. He followed up that film with another cult hit of the decade, the crime comedy Go. The Bourne Identity was a departure at the time for Liman but an indicator of his skill as an action director. Despite many production issues, The Bourne Identity was a critical and commercial hit and spawned a long-running franchise. Liman didn’t return for the sequels and next directed two action films: 2005’s Mr. and Mrs. Smith, starring Brad Pitt and Angelina Jolie, and 2008’s Jumper, which is a film that might only be liked by me. Liman has continued directing since on such films as Fair Game (not the Cindy Crawford one), the terrific Edge of Tomorrow (which I will never call Live Die Repeat), The Wall (which I haven’t seen), a re-team with Tom Cruise on (which is underrated) and the (recently removed from HBO Max) pandemic dramedy Locked Down, starring Anne Hathaway and Chiwetel Ejiofor. Liman’s most recent film was 2021’s Chaos Walking, which was another troubled production and long-delayed. It’s not one of his bests. Liman has a couple of interesting projects on the horizon; one is a film SHOT IN OUTER SPACE starring Tom Cruise and a Jake Gyllenhaal led remake of the already perfect 1989 action flick Road House. 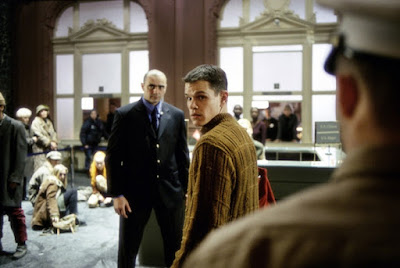 • Mall Movie? No, this would play at the classy theater instead of the mall. The mall screens would’ve been used up by Scooby-Doo, which opened on the same day.

• Only in 2002: Everyone surprised that Matt Damon can hold his own as the lead of an action film.

• Scene Stealer: Franka Potente, who I’m convinced is the glue of this movie. Her scenes together with Matt Damon give everything a rooting interest.

• I Miss: Franka Potente, who still shows up in things but not as much as her post-Run Lola Run early 2000’s heyday. 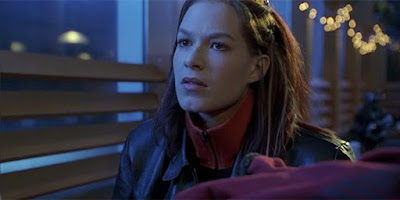 • I Don’t Miss: The Bourne franchise. Boy, did that get tedious fast imho.

• What I Thought in 2002: The Bourne Identity was a pleasant surprise in the summer of 2002. I saw it with friends on a lark because it was a new action movie starring Matt Damon with no expectation it would launch a long-running franchise. It was fun, appealingly small-scale, character-driven, and entertaining.

• What I Think in 2022: I still enjoy the movie but not as much as I used to before seeing all the sequels. The Bourne Supremacy made the huge mistake of (SPOILER) killing off the Franka Potente character (who was so good in The Bourne Identity) and all that was left were occasionally exciting action sequences that were choppily edited and shot and far too many scenes of bureaucratic bullshit in control rooms. The original doesn’t have as much of that, which is why it’s my favorite in the series.
Posted by Patrick Bromley at 5:00 AM