Review: THE BANSHEES OF INISHERIN 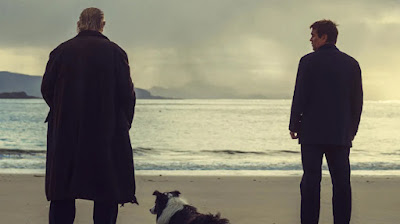 Martin and his Bruges boys are back.

Relationships end for any number of reasons. Sometimes, it’s one of those knock-down, drag-out fights, the really bad ones that force us to say things we can’t take back. Distance is also a killer, whether it’s of the physical or emotional variety. Living things need tending, of course, and those left neglected and alone will eventually fade and die. Throw in a litany of external stressors — career opportunities, family opposition, catastrophic forces majeure — and we start to understand what we’re up against when we decide to care about someone. The worst endings, though, are the ones that feel totally unmotivated, the ones that seem to come out of nowhere at all. They challenge our perception of reality and throw our sense of self completely out of whack. We were this person, we think to ourselves, and now we’re not. A part of us has simply vanished into the aether. At that point, we have two choices: Accept this new state of affairs and move on, or fight with every frayed fiber of our beings to get the old one back.

Pádraic Súilleabháin (Colin Farrell) has chosen the second path. Until this morning, he’d been quite content tending to the farm he shares with his sister (Kerry Condon as Siobhán) on the small island of Inisherin, a stone’s throw from the Irish mainland. Until this morning, Pádraic’s days had a tendency to run together: Feed the animals, deliver the milk, trade barbs with the local simpleton (Barry Keoghan as Dominic), and trod down to the pub for a few rounds with his best friend, a crusty, bookish fiddler named Colm Doherty (Brendan Gleeson). Until this morning, things were fine — well, if you exclude the civil war raging over on the mainland, the one dragging on longer into this Year of Our Lord 1923 than anyone expected. This morning, however, Colm has decided that he doesn’t want to spend any more time with Pádraic. He simply doesn’t like him anymore, he says, citing no reasoning and offering no apology. Pádraic is confused, offended, and more than a bit devastated. What did he do? How can he make it better?

Colm’s answer is simple: Nothing. There is absolutely nothing Pádraic can do to mend these fences, nor was there any particular offense that brought them down to begin with. Colm doesn’t hate Pádraic; he’s just finding him frightfully dull of late, and given his advancing age, he can no longer sanction his tepid buffoonery. Colm wants to spend his remaining days composing pieces on his aforementioned fiddle and staring tranquilly at the sea. Fair enough, you might think, but not Pádraic. He’s not one for introspection or ennui. For him, life is a series of pints with some good deeds strung in between. “But I’m nice,” he tells his ex-friend. And he is! He’s very nice. But the more he pushes Colm to reconcile — or, at the very least, explain himself — the more rigid Colm becomes, eventually vowing to remove a finger from his fiddling hand each time Pádraic bothers him. Pádraic — and really, all of Inisherin — remains doubtful, though, and it takes more than a few bleeding digits before everyone accepts that Colm means business. 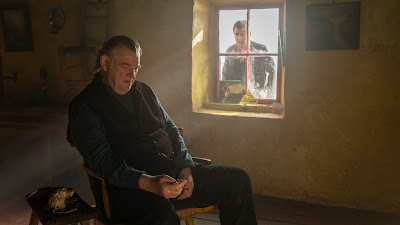 And so The Banshees of Inisherin becomes a war of attrition, a brilliant and calamitous parable of needless conflict that reunites writer/director Martin McDonagh with the cast of his 2008 masterpiece, In Bruges. Like that film, Banshees is equally hilarious and overwhelming, the cinematic equivalent of the first chuckle that follows a long, ugly cry. We want poor Pádraic to accept defeat, to realize that he’s bigger than his relationship with Colm, but we also understand why he clings to his friend so tightly: His sister is too intelligent and beautiful to stay on Inisherin forever, and his prospects for rewarding friendships with the likes of Dominic and his ilk are too grim to dwell on for long. McDonagh exploits his skills as a playwright to dazzling effect here, emphasizing the warmth of Inisherin’s daily routine as much as its suffocating claustrophobia, the fear that there’s a much more fulfilling life passing them all by on the mainland. Colm feels it the most, and his final stand against irrelevance makes for heartbreaking storytelling. 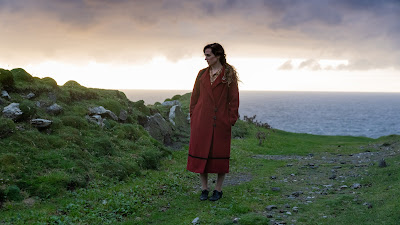 Farrell and Gleeson are predictably, welcomely glorious in their respective roles, neither too indistinct from their In Bruges counterparts. Farrell’s Pádraic is the lost puppy dog nipping at Gleeson’s obstinate heels, a wide-eyed — it has to be said — simpleton who sings McDonagh’s provincial melodies with more verve and (often unintentional) wit than anyone else on the island. Gleeson is, again, the perfect foil; his stout posturing is never so cold that we believe him to be heartless. On the contrary: We plainly see the conflict bubbling within him, and the stray moments in which he comes to Pádraic’s aid are all the more satisfying because we know that they’re relieving at least a little pressure for him, as well. That doesn’t mean they’re not fleeting, though, and audiences expecting The Banshees of Inisherin to come to an amicable conclusion may come away a little frustrated. Instead, Banshees argues for the complexity of its characters’ resolve, their willingness to literally cut off their noses to spite their — and their friends’ — faces.

The Banshees of Inisherin hits theaters on October 21st.
Posted by Patrick Bromley at 5:00 AM