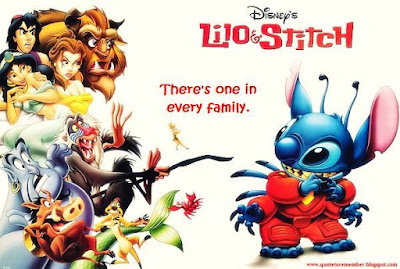 Nominated for “Best Official Film Website” at the Online Film & Television Association Awards. It lost to The Lord of the Rings: The Two Towers.

• Best Scene/Moment: I really love the final sequence that rolls into the end credits where we see that Lilo (and her sister) have formed a surrogate family with Stitch and some of the other characters (even former CIA agent Cobra Bubbles is there for Thanksgiving!). The “Ohana” theme of the movie is very sweet and always gets to me.

• Best Song: Lilo & Stitch is full of Elvis Presley originals and covers with my favorite being “(You’re the) Devil in Disguise.”

• Best Merch: A “Dean Deblois Hand Drawn Lilo & Stitch Cartoon Sketch 11x14…” for $499.00. This is super pricey but the item itself (signed by one of the film’s co-directors) is pretty sweet. It looks like something you would see at one of those Disney art galleries at the mall. 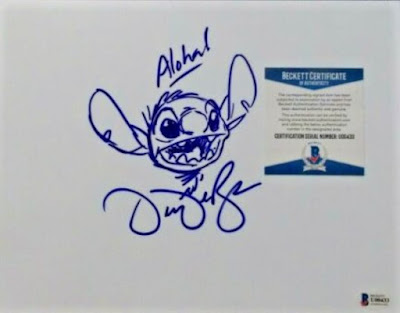 • Director Check: Lilo & Stitch was directed by the directing team of Chris Sanders and Dean DeBlois. Both men had worked at Walt Disney Feature Animation in a variety of different roles (production designer, character designer, and storyboard artist just to name a few) before getting the chance to direct their first feature - Lilo & Stitch. The movie was a success at the box office and with critics and has gone on to become a favorite of the 2000s Disney catalogue over time. Sanders and DeBlois directed together again on 2010’s How to Train Your Dragon, which was their follow-up to Lilo & Stitch. After that, the two went solo ,with Sanders directing The Croods and most recently the Harrison Ford adventure flick The Call of the Wild from 2020 (which I like but have never heard anyone else talk about). DeBlois stayed with the How to Train Your Dragon series, helming both sequels: 2014’s How to Train Your Dragon 2 and 2019’s How to Train Your Dragon: The Hidden World. Both filmmakers are attached to projects currently, but nothing imminent on the directing front.

• Double It with This 2002 Movie: Treasure Planet

• Year 2002 Movies to Trailer Before It: The Country Bears, The Santa Clause 2, Tuck Everlasting 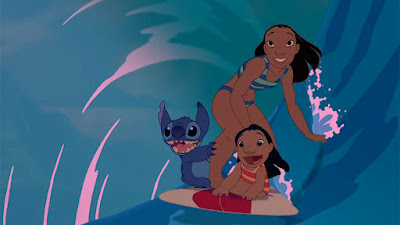 • Mall Movie? Disney animated films don’t play the mall unless they’re real damaged goods. This would play at the fancy theater in town. 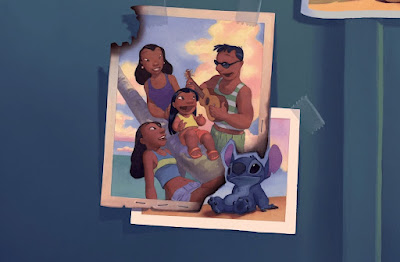 • What I Thought in 2002: Forgive me while I get schmaltzy here. Lilo & Stitch was super important to me in the early 2000s because I met my college girlfriend the night we went to see the movie with mutual friends. It kind of became “our movie” together. That aside, I really dug that Lilo & Stitch had a misfit energy to it and felt like it was getting away with something compared to other Disney animated films. It didn’t hurt that Lilo & Stitch wears its giant heart on its sleeve and I find that difficult to resist.

• What I Think in 2022: I’m no longer dating the same woman (which was the reason I didn’t revisit Lilo & Stitch for years), but that hasn’t made me enjoy the film any less. I still love how silly and weird it is (Disney movies aren’t usually allowed to be this odd) and Stitch as a character is one of Disney’s best. It’s become a movie I’ve shared with younger members of my family over time, which has made it just as personally meaningful as it was in 2002 but in a cool, different way. I love the watercolor animation style too (which was a throwback to early Walt Disney Studios animation). I’m a big enough fan of this movie that I almost got a Stitch tattoo pre-pandemic. I think I’m gonna do that in 2023!
Posted by Patrick Bromley at 5:00 AM