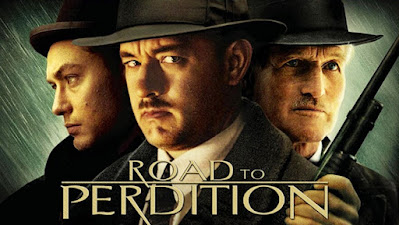 Winner for a “Best Intergenerational Film” at the AARP Movies for Grownups Awards.

• Best Scene/Moment (tie): The diner scenes (any movie is immediately better when there’s a diner scene) and the sequence where Tom Hanks ambushes Paul Newman and his bodyguards in the rain.

• Best Song: There’s a bunch of period specific (circa 1931) music played in the background during scenes, but instead I’m going to go with a selection from Thomas Newman’s incredible score called “The Farm.”

• Best Merch: A “Liam Aiken…Signed 3”x 5” Index Card” for $99.00. Liam Aiken played Tom Hanks and Jennifer Jason Leigh’s youngest son in Road to Perdition. I think this piece of merchandise is funny because a) it’s so plainly an autograph from a kid and b) it’s on an index card. I’ll never understand why there’s so many autographed index cards out there in the memorabilia market. Who wants a signed index card??? 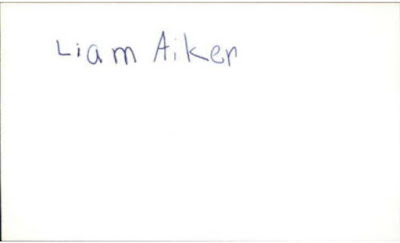 • Director Check: Road to Perdition was the second feature film directed by Sam Mendes, who won an Academy Award for Best Director with his debut film American Beauty (1999). Road to Perdition was well-liked but not the major award winner that Mendes’ first film was (though it got many end-of-year nominations). Mendes went on to direct a hit-and-miss selection of studio dramas afterwards, including 2005’s Jarhead (a movie I want to like more than I do), 2008’s Revolutionary Road (one of two movies where I passed out in the theater…don’t ask), and 2009’s Away We Go (which I haven’t seen). Mendes got a career bump on the coattails of the James Bond franchise, reuniting with Road to Perdition’s Daniel Craig and directing one of the best Bond films (Skyfall) and following it up with one of the worst (Spectre). In 2019, Mendes directed the long take/continuous shot war epic 1917, which I remember resisting at first but wound up really enjoying when I saw it. His latest is this fall’s Oscar-bait drama, Empire of Light, starring Olivia Coleman.

• Year 2002 Movies to Trailer Before It: Analyze That, Catch Me If You Can, Deuces Wild 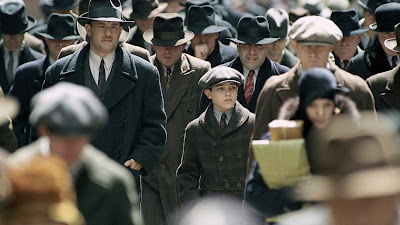 • Mall Movie? No, this is a movie you would see with your grandparents so it would play at the fancy theater in town instead of the mall.

• Scene Stealer: There’s a bunch to choose from since Tom Hanks underplays his part. I’ll go with Jude Law, who creates a memorable, creepy character playing a freelance killer/photographer.

• I Miss (tie): Movies with this much care put into their production design and Paul Newman.

• I Don’t Miss: The trope in the movies where someone gets shot and then a normal person (who’s not a doctor) performs surgery and cleans the wound perfectly. I’m sure this still happens in movies, but I feel like it happened all the time back in the day. 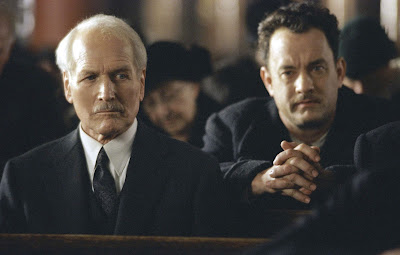 • What I Thought in 2002: I liked Road to Perdition when it was originally released (I remember seeing it twice in theaters) but I was slightly disappointed on my initial viewing because I thought Tom Hanks + gangster movie was going to = The Godfather and it didn’t. Once I removed that expectation, I really enjoyed Road to Perdition.

• What I Think in 2022: I’ve seen Road to Perdition probably a half-dozen times over the years and it always plays well for me. I think Tom Hanks and Paul Newman are miscast as ruthless gangsters/killers (more intimidating but also vulnerable actors like Ray Liotta or Jack Nicholson would’ve been better) but Hanks & Newman nail the father-son conflict which is most central to the movie’s success. Road to Perdition is just a capital GOOD movie. It’s easy to put on and revisit every few years.
Posted by Patrick Bromley at 5:00 AM