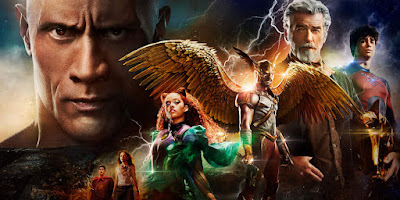 Brief Thoughts on some of October’s non-scary fare. 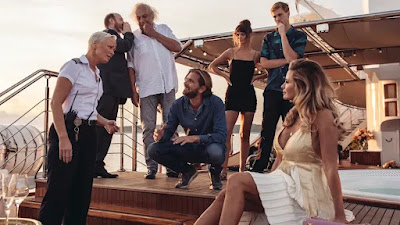 The thing about rich people is that they are irredeemably awful. There are nuances, of course, as some billionaires have been known to dabble in philanthropy and others make such massive investments in doomed enterprises that their pigheaded narcissism approaches a kind of inadvertent nobility, but as Force Majeure’s Ruben Ostlund reminds us, the One Percent will always be the enemy. His Triangle of Sadness is a biting and languorous satire that sets the upper crust — a litany of industry tycoons, old money debutantes, supermodels, and influencers — on a megayacht cruise helmed by a socialist captain (a giddy Woody Harrelson) and an overworked staff doing its best to keep composure during each compounding temper tantrum (One crusty heiress insists that the motorized vehicles’ alleged “sails” are not as white as shown on the brochure and demands that they be cleaned). When the ship crashes and things go Lord of the Flies, however, Ostlund’s overlong but very funny film starts firing on all cylinders. 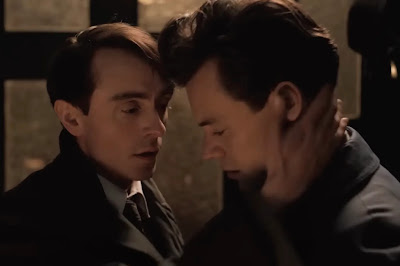 A handsome midcentury drama destined to sit atop awards voters’ DVD players until the very last minute, My Policeman finds Harry Styles’ Tom caught in a torrid affair with art dealer Patrick (David Dawson), much to the chagrin of Tom’s wife, Marion (Emma Corrin). Bookended by flash-forwards to an older Tom and Marion’s caretaking of the invalid Patrick, My Policeman is exactly the kind of staid and starchy theater piece we come to expect around this time of year. Pop star Harry Styles fares better here than he did in his last trip to our screens (remember Don’t Worry Darling?), possibly because director Michael Grandage understands that his Tom is simply a handsome vessel through which Patrick and Marion exercise their repressed emotions. Dawson is the standout here, perfectly underplaying all the rage and sadness that comes to a boil when we keep our inner truths in the closet for too long. Though sharply made, My Policeman will likely earn little more than a few production design nods before fading from collective memory forever. 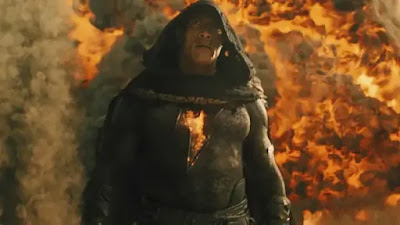 The cinematic equivalent of buying an officially-licensed graphic t-shirt at Target, Black Adam is a dull, noisy, and uninspired superhero origin story so heavily weighed-down by Dwayne “The Rock” Johnson’s focus-grouped swagger that it’s hard to believe director Jaume Collet-Serra once brought us such gleeful genre schlock as The Shallows and Run All Night. He’s sanded off his killer instincts since joining up with The Rock on 2021’s tepid Jungle Cruise, and Black Adam’s massive box office take leaves little hope that we’ll ever get it back. Like so much of The Rock’s recent work, Black Adam feels like it was made in a boardroom by an algorithm set to maximize four-quadrant saturation in all markets, foreign and domestic. Overqualified thespians like Pierce Brosnan and Aldis Hodge pose for their paychecks while winning youngsters Noah Centineo, Quintessa Swindell, and Bodhi Sabongui do their best Avengers impressions in the background. It’s a grating and cynical movie that thinks you’re dumb. Don’t let it beat you. 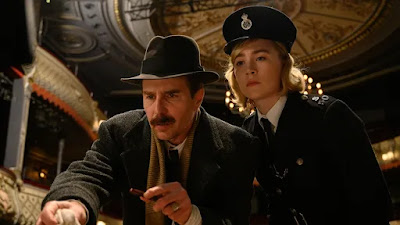 You’d be forgiven for confusing Tom George’s See How They Run with this fall’s other star-studded comedic thriller, David O. Russell’s Amsterdam. While that film was a bloated but earnest mess that saw fit to crush Taylor Swift with a sedan (spoilers for Amsterdam’s best .gif), See How They Run is a lean and mean ninety-minute send-up of Agatha Christie whodunnits that finds London cops Stoppard (Sam Rockwell) and Stalker (Saoirse Ronan) investigating the murder of Hollywood director Leo Kopernick (Adrian Brody), who was poised to start production on a film adaptation of Christie’s The Mousetrap. Kopernick was murdered on a West End stage, in fact, and the prime suspects are the stage Mousetrap’s cast and crew (including Harris Dickinson as Richard Attenborough and Reece Shearsmith as producer John Woolf). Though undoubtedly a B-tier mystery, See How They Run is a burst of empty calories, an airy and delightful romp that makes for a decent palate cleanser between green-screen epics and torturous melodramas.
Posted by Patrick Bromley at 5:00 AM

Email ThisBlogThis!Share to TwitterShare to FacebookShare to Pinterest
Labels: 2022 movies, black adam, harry styles, my policeman, see how they run, the rock, triangle of sadness