Songs I Love from November Movies 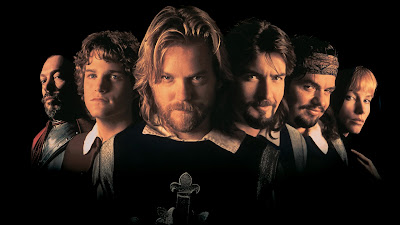 Some tunes to enjoy while you drive to your relatives' house for Thanksgiving.

Song: “Be Our Guest”
From: Beauty and the Beast (1991)
Artist: Jerry Orbach, Angela Lansbury and Chorus

I love this sequence from Beauty and the Beast because it’s basically a restaurant that’s really impressed with itself in their element. I always find that charming. Equally impressive is the French-accented singing voice of Jerry Orbach. You get a look at that guy on Law & Order and it looks like he’d be unable to do voices, but nothing could be further from the truth. Have you been to the “Be Our Guest” restaurant at Disney World? That place is cool! You know what’s not cool? Animation being for adults (according to Disney CEO Bob Chapek). Shouldn’t you not have that job if you believe that?

Song: “I Have Nothing”
From: The Bodyguard
Artist: Whitney Houston

The season of Whitney is upon us with The Bodyguard 30th anniversary re-release in theaters this November and the Whitney Houston biopic I Wanna Dance with Somebody coming out around Christmas. That trailer is…not great, but I’ll still see it. The Bodyguard soundtrack has so many great songs that it’s hard to pick just one to highlight but I went with this one because the 1:00-2:05 mark is like something sent from heaven and then at 1:32 she takes it up ANOTHER LEVEL. Whooo! Did you know that Kevin Costner suggested to Whitney Houston that the opening of “I Will Always Love You” should be sung acapella? The fact that Costner is so savvy even on things that are none of his business is just one reason he’s the best. If you disagree, take a walk! Sorry, that was mean.

This song is such a jam. I loved the 2000 film adaptation of Charlie’s Angels when it was released but I go back and forth about it now on almost every revisit. Kind of the same thing with Apollo 440. I thought they’d be around forever (looks it up…they’re still around). Research is important.

Song: “Thieves in the Temple”
From: Graffiti Bridge
Artist: Prince

Graffiti Bridge is the only movie featured in this column that I haven’t seen. I’ve wanted to see it for many years but have never gotten around to it or Under the Cherry Moon. Are they worth watching? I saw the trailer for Graffiti Bridge before Arachnophobia last year at the Music Box of Horrors (both are 1990 movies) and it looked like the greatest movie ever made from that preview. P.S. If you’re running a horror marathon, program some non-horror trailers. They’re not only fun but also serve as breathes of fresh air in the flow of a marathon.

Man, I love how corny this video is. I’m so ready for the holidays now that I’ve heard this again. One question: why does this video look so bad? Weren’t NSYNC huge already by late 1998? Where’s the budget, son? This song gets bonus points because it’s from the I’ll Be Home for Christmas soundtrack, which is one of the best bad Christmas movies ever made. I remember working a shift at Office Depot on its opening night and wanting to talk to customers and my coworkers about it (like “Who’s excited for maturing J.T.T?”) but I couldn’t because it was a secret I could never share with anyone for fear of derision.

Adam Levine is the worst, but this song is still kinda the best. I heard a funny joke about him recently that his tattoos are so bad it’s like he went to a tattoo artist and said, “Make me look like a bag from Chipotle.” This song is so good that I got mad at the characters in Love Actually for talking over it in the scene it was featured. I’m afraid to revisit Love Actually. I used to really like it but everything I’ve heard in the past few years is it holds up poorly.

Song: “The Measure of a Man”
From: Rocky V
Artist: Elton John

This is the song that plays over the end credits montage of the underrated Rocky V. I love that Stallone movies from this era (era) like Rocky V and Lock Up had Lorimar Television montage credits recapping your favorite moments from what you just watched. This one’s even better because it spanned the Rocky franchise to-date. Have you seen the Creed III trailer? OMG, does it look great. I can’t wait until March. I wish it didn’t get pushed back from Thanksgiving, though. November is the time for Rocky, not spring.

Song: “All for Love”
From: The Three Musketeers (1993)
Artist: Bryan Adams, Rod Stewart, and Sting

Let’s close with one of the greatest songs ever put in a movie. These three are such a perfect trio. I can’t get enough of them just chatting and teasing each other for the first minute of the video and then they’re like “No more mucking about, let’s do what we came here to do” and it’s fucking bliss. Some highlights: the 1:57 mark is made for holding up your lighter (not your cell phone, c’mon) and 4:07 when there’s the classic “down low, too slow” missed high-five. P.S. Solo Sting is better than The Police.
Posted by Patrick Bromley at 5:00 AM