Notes on Film: THE CHALLENGE OF TÁR 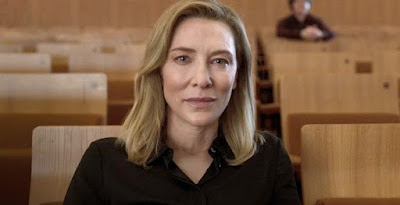 Congratulations to all for another successful Scary Movie Month! In total I watched 62 spooky features and shorts, and even though life seemed extra busy and SMM burnout reared its ugly head a couple times, I finished strong with a Hitchcock, a Fulci mini marathon, and a longtime watchlist mainstay. Between two box sets I own upwards of 30 Alfred Hitchcock films. One set includes many of his early silent films and the other includes most of his classics (Rebecca still eludes me, though). According to Letterboxd only three Hitchcocks could be considered horror films: Psycho (1960) and The Birds (1963), both of which I've seen numerous times and love, and Frenzy (1972), a first-time watch for me this week. Whereas Hitchcock's six big films – Vertigo (1958), Rear Window (1954), North by Northwest (1959), Rope (1948), and the two aforementioned – are set in the States, Frenzy is British through and through. Jon Finch plays Richard Blaney, a recently unemployed ne'er-do-well jumping between two women. Concurrently London is being haunted by a Jack the Ripper-type killer who is strangling women with neckties. The women in Blaney's life are knocked off and he becomes the main suspect. While Hitchcock rarely has a bad-looking film, Frenzy might be one of his most beautiful. From spectacular crane shots to sweeping tracking shots through busy London streets, I was taken aback several times while watching. Frenzy drags in a few spots, is thrilling for the most part, and also surprisingly hysterical. 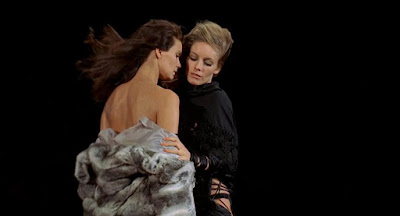 The final Saturday of SMM gave me one more opportunity for a director-specific mini marathon with Lucio Fulci. Regrettably, I began with Devil's Honey (1986), a straight up soft core porno flick. Since Severin put this out years ago people have been talking it up and, while I was expecting the sexy saxophone parts, I didn't realize how explicit this movie was going to be. I watch golden age adult films frequently, so I'm no prude, but this was exploitative in the worst ways, and I had a hard time finding any redeeming qualities about the film. I followed that up with Fulci's most beautiful and most competently made film – A Lizard in a Woman's Skin (1971). I say most competent not because I don't enjoy Fulci (I do!), and not because he's a bad filmmaker (he's not!), but because Lizard shows just how masterful Fulci could be behind the camera and in the cutting room. The lighting and colors pop as if we're watching Bava or Martino; the camera floats as if we're watching Argento. The story is still cloudy and logic is out the window, but that's expected, and none of that matters because we're treated to sheer beauty. A Cat in the Brain (1990) was my favorite out of the bunch. A meta story where Fulci plays himself making a movie, he's haunted by the horrific acts and gore his movies are known for. Is he really seeing these terrible things in real life or are they hallucinations? Out of the 20 Fulcis I've seen, this is by the goriest, which translates to “fun.” Finally I watched The Psychic (1977), about a woman who is haunted by images of a murder that happened years before. Jennifer O'Neill is fine as our protagonist, and it's a solid film, but ultimately it's forgettable. 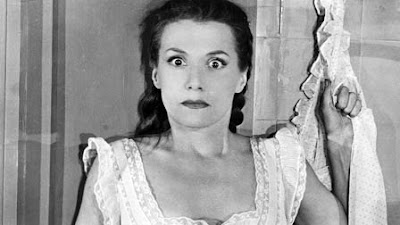 My final movie of SMM was Henri-Georges Clouzot's Les Diaboliques (1955). Having just watched Frenzy, it was a treat seeing the movie that would inspire Hitchcock and the films he made for the next 20 years (even if it was out of spite). It's a story of a woman killing her husband, hiding it, and living with paranoid regret. This type of story has been done to death, and while Ben Affleck tries to do new things with it – Gone Girl (2014), Deep Water (2022), one of which I liked – it's always a pleasure to see the original inspiration for such things. 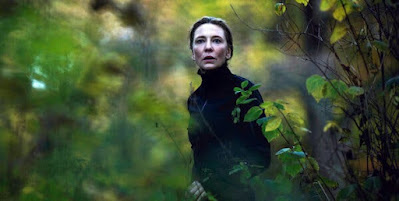 But what we're really here to talk about is the return of Todd Field and his film Tár (2022). After a 16-year absence from behind the camera, Field returns with the best film of the year, and my favorite thing I've watched in 2022. To sum up briefly, Tár is about renowned conductor and composer Lydia Tár, played brilliantly by Cate Blanchett, and how the pressures of one's own genius can lead to a God complex where presumed invincibility shrouds poor choices and monstrous behavior. The film opens with Lydia at the New Yorker Festival being interviewed on stage. Her genius is apparent, the way she thinks and views the world is different than many of us, and as this opening portion of the film goes on for 15 minutes, some may grow to hate Lydia in this brief introduction. She comes across as arrogant, and the way she talks about how she is the one in control of the orchestra in front of her, we realize this is how Lydia views everyone else in her life. She keeps the time. When she stops keeping time, everything falls apart. I knew right away, and it was confirmed after the prolonged opener, that I felt something for this woman. I'd like to think I could connect with or relate to her, but I'm not as brilliant as her. Unlike my wife, who despised Lydia Tár from the get go, I loved her. This posed a major problem as I knew something darker was lurking beneath the surface of Lydia, and I'd have to reconcile my feelings come credits. 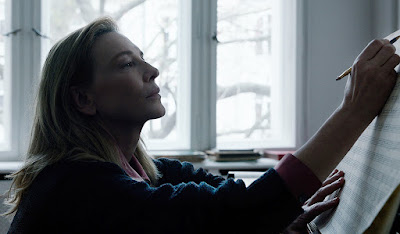 For the past few months, I've been trying to have this conversation. How can I excuse my love for movies and art made by very bad people? Do I need to excuse myself? The first few times I tried broaching the subject, the people with whom I was speaking were very uncomfortable. Some completely shot down the idea of ever watching anything made by “canceled” artists ever again. That's a very dangerous attitude to take, but a big thing I've learned in Alcoholics Anonymous is that I don't have to worry about other people. It's not my job to convince someone else to believe what I believe or think how I think. I'm not here to make you change your mind about people like Woody Allen or Kevin Spacey or fictional characters like Lydia Tár. I'm here to say that I'm starting to grow comfortable living in the gray areas of life where there are no clear answers. If you're living in the black and white, more power to you. Maybe I'm writing these things because I'm still struggling with my own feelings. In the film, Lydia Tár's life begins to fall apart, yet by the end of the film, my love and admiration for her had grown. Some reviewers have admonished Field for taking a stance against cancel culture. I'd like to ask what film these reviewers watched, because there is no stance taken in Tár. While I agree people who do bad things need to be punished accordingly, it's a very dangerous game when one goes out of their way to destroy someone else's life. Our legal system is not great (to say the least), but, and especially if you weren't affected personally, taking to social media and spreading hate about someone else is not the proper direction to take. Field has given us a movie where we see a human being who let her power take control of her life. This doesn't excuse the things she does or the words she says. We see Lydia Tár as a human being, and this has helped me in just five short days come to terms with the fact that human beings can make very bad decisions. Just because one's brilliance in a certain field is unparalleled, this doesn't excuse the bad things one does. This also takes nothing away from their brilliance. At the end of the day, Lydia Tár is still one of the greatest conductors and composers in the world. 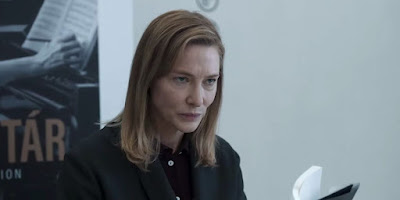 On the way home from the theater my wife said, “I saw you crying.” I didn't know how the conversation was going to go. While she loved the film, Bobbie hated Lydia Tár. Bobbie saw, though, that I didn't hate Lydia, and maybe understood a little why I didn't hate her. We talked it through and by the time we pulled into the garage we were astonished that two people could love a movie as much as each of us did, yet come away with completely opposite feelings about the main character. There's a scene early on where Lydia is teaching a class at Julliard. She asks a queer BIPOC character their opinion about Bach. “He was a white, cis, male. I'm just not into that,” Lydia scoffs and says, “The narcissism of small differences leads to the most boring kind of conformity.” Throughout that scene I could hear my wife groaning, and during the ride home I asked her about it. Surprisingly, Bobbie said, while harsh, she agreed with everything Lydia says there. In the same way I'm reconciling my own feelings, someone in that black and white area has to admit just because someone doesn't look like or act like you (including straight, white men), their art is not rendered null and void. Yes, representation matters. Good art is good art.

I'm still living in the gray because that's how I like it. Humans aren't perfect, and sometimes we do bad things. We need to reckon with those things, but through it all, we're still just human beings. Tár is, as they say, not for everyone. For one, there is a lot of inside baseball talk about orchestral music. At nearly three hours, it's about as slow burn as a movie can get. But Field's sure hand with direction and story is on full display here and it's breathtaking. I want to keep having these difficult conversations about art and artist because it's extremely important, and I hope I can find more people who will have those conversations with me, who are also living in the gray, or living in the black and white, and why, who are also struggling with reconciliation.
Posted by Patrick Bromley at 12:00 PM