For only the second time during my tenure here, I have tried not to sound like a miserable old coot... and failed.

Two weeks ago, I had occasion to see Ridley Scott’s Blade Runner in IMAX at the TCL Chinese Theater. To show my gentle readers just how jaded a mere four months in California has made me, I balked. I wavered. I wasn’t sure I wanted to go. This was a Wednesday. What the hell else would I be doing: counting flowers on the wall? I was wishy-washy, and I dilly-dallied. Did I want to make that drive? (Take the 101 to Cahuenga Boulevard! We live here now!) To paraphrase Winston Zeddemore in the original Ghostbusters, “If someone asks you if you want to see the Final Cut of Blade Runner in IMAX, YOU SAY ‘YES!’”

I had another compelling reason to go. It was my lovely wife who snagged the tickets, and Blade Runner is her favorite film. She even wrote a book about it! 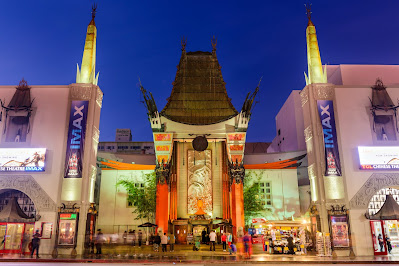 So I went. We picked up our son on the way. The three of us had a hell of a time. The film began—in one of the most ornate and beautiful theaters on Earth—and, as it had dozens of times before, revealed its wonders to us and to the large and appreciative audience. I have seen Blade Runner many, many times in many, many circumstances, from opening night in 1982 with uncomprehending friends thru numerous classroom screenings back in my days teaching Film Study. This most recent TCL screening was one for the books, clearly one of the Top Five screenings of this title ever. At the Chinese Theater that night, I saw things you people wouldn't believe. Attack ships on fire off the shoulder of Orion. I watched c-beams glitter in the dark near the Tannhäuser Gate... 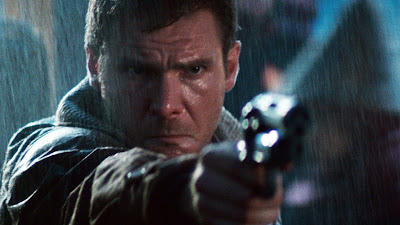 Besides the many pleasures of the film itself and the utter size and perfection of that projected image, the idea I could not stop entertaining that night was that the film would never be made today. It’s too big. It’s too complex. It’s too quirky. It’s not for everyone. Hell, it wasn’t even a success when it was first released forty years ago. Would today’s theatrical marketplace embrace it? I think not. That made me sad... like tears in the rain.

One week ago, I had occasion to visit Disney World in Orlando with my godchildren. To show my gentle readers just how jaded a mere four months in California has made me, I balked. I wavered. I wasn’t sure I wanted to go. This was a Wednesday. What the hell else would I be doing: smokin’ cigarettes and watchin’ Captain Kangaroo? I dilly-dallied, and I was wishy-washy. Do I want to make that flight? (Take the PCH to LAX. Sit on a plane for four hours or so then cab it to the resort, baby. Don’t forget your special magic bracelet and your wallet! I know the routine!) To paraphrase Winston Zeddemore in the original Ghostbusters, “If someone asks you if you want to go to Disney World, YOU SAY ‘YES!’”

So I went. I spent quality time with the people I love the most. It was groovy. Riding the Jungle Cruise and the Haunted Mansion reminded me for all the world of my Blade Runner screening. These rides would not be built today. They are too special. 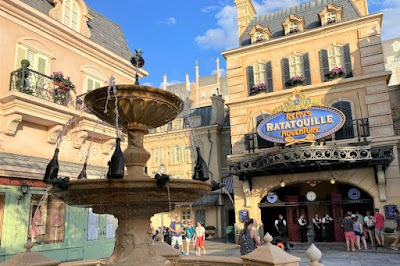 Before the trip was over, I received ample proof that I was correct in my assumptions because of two new Disney World “attractions” we chose to sample: the new Ratatouille ride (#RatChef) and the new Space 220 restaurant in EPCOT. Both were crushing disappointments, the nadir of this particular trip. In Ratatouille, you are shrunk to the size of a mouse. You are not told how this was achieved or why it was desired. You then ride in a hollowed- out mouse (Wait? I thought I was a mouse. Am I riding in the desiccated husk of another tourist who was turned into a mouse and, perhaps like me, was vocal about not liking the ride? This is confusing. I’m a mouse, riding in a mouse, following other mice? Or am I merely the SOUL of the mouse in which I ride? What is the soul? What are these husks in which they ride?) We are then chased all over the restaurant that was the location of the original animated film. We wear 3-D glasses because the largely screen-based ride is in 3-D. (Jungle Cruise and Haunted Mansion don’t require glasses because, using real props and reality, THEY ARE AUTOMATICALLY THREE DIMENSIONAL.) After barely four minutes, the ride is over. We have been chased around. That’s it. Remy doesn’t cook. We don’t help him achieve anything. There is no mention of the very cool “Don’t ever let other people define you” subtext of the original film. We are chased around a restaurant kitchen by men with knives. I could stay back in LA if I wanted to do that. We live here now!

Space 220 was even worse. A fine-dining restaurant that pretends to be in space, patrons are ushered aboard an elevator that simulates a flight to the stratosphere. The doors open... into a largely grey space with black carpets and tables and huge video screens meant to look like windows to outer space. Occasionally, CGI spaceships and astronauts float by. Our server asked us if we wanted “space water.” Yes, this is the height of Imagineering Cleverness in this restaurant: “space water.” I’ll let that sink in. 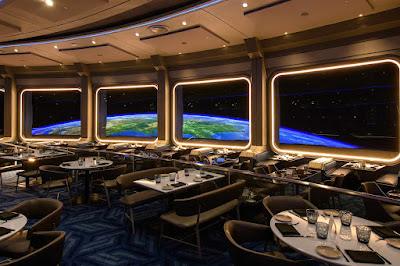 The meal was uneventful. No characters showed up. We were told and taught nothing about space. Nothing very exciting happened out the windows. Our space water was replenished. The children were polite. My wife made a joke better than anything Disney had to offer when she ordered a “Coke Zero… Gravity.” I’m convinced our waitress will use that line with future patrons. The food was good, but it wasn’t freeze dried or served in anti-gravity packets or anything interesting that might have to do with space. The check for eight of us was more than $500. The best (worst) Dad Joke I could come up with to describe Space 220 is that IT LACKS ATMOSPHERE. The Unofficial Guide to Walt Disney World calls Space 220 “an utter disappointment.”

Here’s the thing: in movies, in rides, in restaurants, I don’t think it’s asking too much to say, “Show me something new.” It’s not always easy for me to say YES. I said YES to Blade Runner and was rewarded with an embarrassment of riches because of the nature of the original film. I said YES to Ratatouille and Space 220 and received what seems in retrospect to be THE BARE MINIMUM one would need to call something a ride or a restaurant. 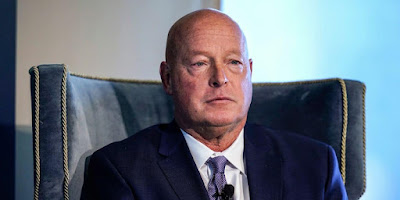 This story has a punchline. The day we flew home, the Twitter machine was abuzz with the news that Disney CEO Bob Chapek had been fired. Former Disney CEO Bob Iger was returning to get the company back on track. Since his retirement 14 months ago, Iger had publicly complained that Chapek was KILLING THE SOUL OF THE COMPANY. (I guess if corporations are people, as our Supreme Court has ruled, then they can also have souls. We’ve already established that mice have souls, right?) Speaking to Walt Disney World News Tonight’s Tom Corliss, a retired Imagineer summarized Chapek’s embattled tenure with the simple statement, “You don’t innovate by raising the price of hot dogs.”