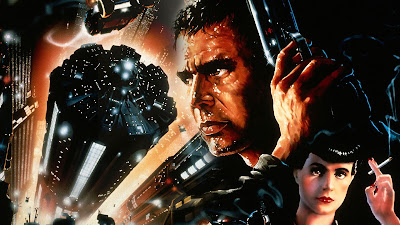 The necessary works of a master filmmaker.
Ridley Scott is one of the best filmmakers of the last half century. Both stylist and journeyman, he's able to work in basically any genre and, with few exceptions, shape something excellent. Like any director with this long and impressive a filmography, there are obviously going to be more than 15 "essential" films (and we will differ on which films we consider to be essential), so don't take offense if your favorite doesn't appear here. It just means we'll have to do a Part Two someday.
1. The Duellists (1977) 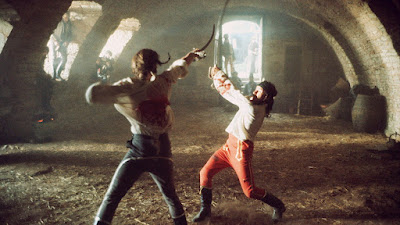 Scott's first film, set during France's Napoleanic era (era), chronicles two rivals engaging in a series of duels over a number of years. While not as narratively strong as some of his later films would be, The Duellists is stunning to look at, with Scott drawing on his aesthetic expertise as a commercial director to make a film inspired by Kubrick's Barry Lyndon in its austere beauty. Harvey Keitel and Keith Carradine, both great actors, feel a little out of place in this sort of period drama because they're both so contemporary. It's a very good debut film, albeit uneven. It would take Scott only until his next movie to make his first masterpiece. 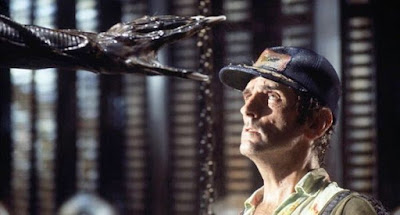 In just his second film as a feature director, Ridley Scott made the definitive science fiction horror film of all time. Not bad. Everything about the movie is first-rate, from the screenplay to the production design to the cast, demonstrating Scott's ability not just to execute a vision but also to surround himself with the best possible craftspeople, which he would continue to do throughout his long and impressive career.
3. Blade Runner (1982) 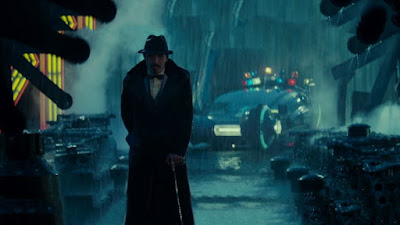 Chasing one science fiction masterpiece with another, Ridley Scott made what is not just one of the five greatest sci-fi movies of all time, but my personal favorite sci-fi movie ever made (and our own Jan B.'s favorite movie period -- she even wrote a book of poems about it!). Often imitated, never duplicated, Blade Runner is an uncompromising vision of the then-future and one of the best neo-noir stories ever told. Its impact has been diluted a little by the multiple versions -- my Blu-ray set offers five different cuts -- but that's just evidence that Ridley Scott's ideas were ahead of the technological and commercial possibilities of film in 1982. 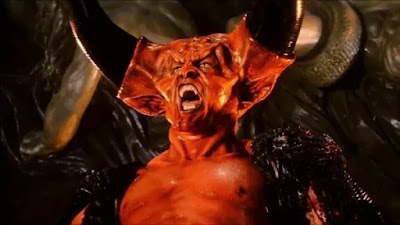 Scott's follow-up to Blade Runner attempts to do for fantasy what the filmmaker had already done for science fiction, only with mixed results. The movies is impossibly gorgeous and Rob Bottin's makeup creations are unparalleled (including the definitive devil makeup in Tim Curry's Darkness), but the narrative comes up short at times. There are things I've always preferred about the shorter theatrical cut -- like the score by Tangerine Dream -- but a recent rewatch of both confirms that the director's cut is the superior version and irons out some of the shorter cut's problems.
5. Thelma & Louise (1990) 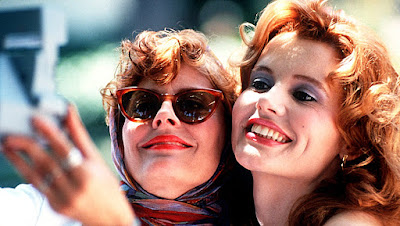 While a truly great movie, Thelma & Louise feels like the least likely Ridley Scott film at this point in his career of muscular, often masculine films -- particularly coming off Black Rain, his most dick-swinging masculine film of all. Proof that a great filmmaker can work in any genre, Scott brings Callie Khouri's brilliant road movie screenplay to life as one of the Great American Westerns of the early 1990s. Susan Sarandon and Geena Davis both give Oscar-nominated performances as best friends on the run after a sexual assault leaves the attacker dead. While it's now remembered in large part because of its ending, Thelma & Louise is much more than that final shot: it's a beautiful story of friendship, a portrait of America, and a cautionary tale about what happens when society marginalizes women and refuses to listen to them. It's neither the first nor the last time Scott would explore these themes.
6. Gladiator (2000) 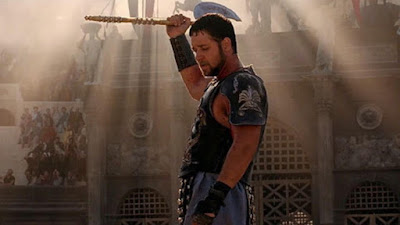 After a mostly disappointing '90s consisting of decent-at-best films like White Squall and G.I. Jane, Scott came roaring back like a man with something to prove in the 2000s, beginning with the historical epic Gladiator. It's a very good B-movie -- a top 5 All-Time Dad movie -- elevated to A status thanks to its performances, its production design, and, most of all, its direction. Unfortunately, it got swallowed up by Oscar prestige, which put it on a pedestal which some argued it didn't belong. This is the closest Ridley Scott ever got to winning his long-overdue Oscar. In retrospect, he should have won; I love Steven Soderbergh and all, but Best Pictures do not direct themselves. The biggest downside to Gladiator is that it made Scott one of the go-to guys for historical epics in the 2000s, eventually leading to Exodus: Gods and Kings, probably my least favorite of the director's films.
7. Hannibal (2001) 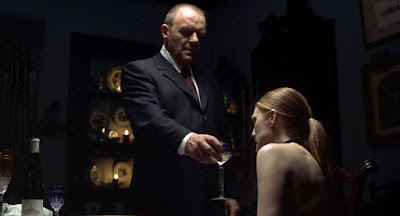 The very next year after Gladiator, Scott took on an impossible assignment, directed the much-anticipated sequel to Jonathan Demme's The Silence of the Lambs. The film's inclusion on the list is undoubtedly going to rub some people the wrong way, as it is very, very hated in some circles. I find it messy but brilliant, mostly because Scott wisely backs away from Demme's humanist tendencies and leans into making a Grand Guignol black comedy. Hannibal is a freakshow of the highest order. I mean that as a compliment.
8. Black Hawk Down (2001) 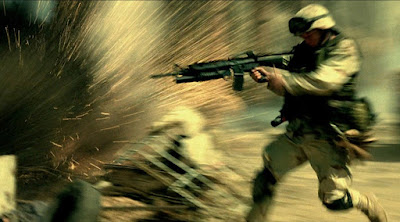 Ridley Scott directed this movie the same year he made Hannibal, proving he is never to be fucked with. One of the most visceral and harrowing combat films ever made, Black Hawk Down tells the true story of a 1993 U.S. military raid on Mogadishu in which things did not go as anticipated. The all-star cast features a lot of famous faces early in their careers (like Eric Bana and Tom Hardy), but it's the technical achievement of staging the chaos of combat that's the star here, not any single performance. I have a really hard time revisiting this movie because it shook me so badly the first time I saw it. 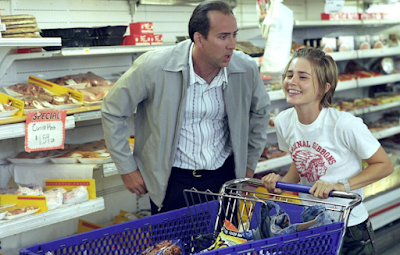 A total swerve for Ridley Scott, and probably the closest he's come to making an outright comedy -- though it's full of dark drama and pathos as it tells the story of an OCD-afflicted con man (Nicolas Cage in one of his best performances of the 2000s) whose long lost daughter (Allison Lohman) appears in his life and throws his routine into chaos. Sam Rockwell gives a great supporting performance because Sam Rockwell, but really it's the relationship between Cage and Lohman that gives Matchstick Men a big, beating heart beneath its slick, glossy exterior. Another director probably could have made this one, but there's no guaranteeing he or she would have made it this well.
10. Kingdom of Heaven (2005) 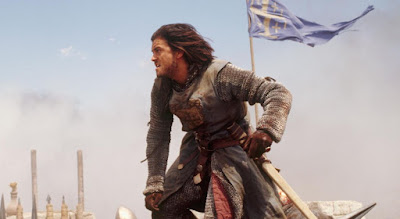 Like a lot of Ridley Scott films, Kingdom of Heaven exists in multiple cuts and versions. And, like a lot of Ridley Scott films, that leads to some confusion when it comes to the movie's legacy. Considered a disappointment when it was released in theaters in a truncated, 144-minute version, the movie was restored by nearly an hour on home video and the director's cut was widely declared a masterpiece. This is one of my least favorite films on the list (to be fair, I've only seen it once), but that's mostly because I'm slightly less interested in Ridley Scott when he's in Historical Epic mode. There's no denying the incredible scope and scale of it all.
11. American Gangster (2007) 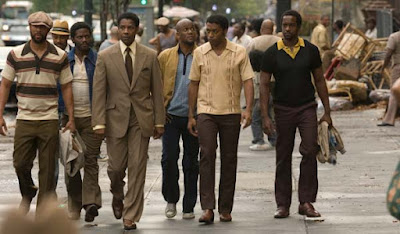 Not the most underappreciated entry in Ridley Scott's filmography (that's probably Matchstick Men, followed by 1492: Conquest of Paradise), but certainly among his most overlooked. If anyone else had directed American Gangster, I feel like we'd be championing it as a masterpiece; instead, it's just another great movie from a director with a lot of great movies. Denzel Washington is a drug dealing gangster in the 1970s and Russell Crowe is the cop out to catch him, but that's just the vaguest sketch of what this based-on-a-true-story film is really about. Like a Michael Mann film, even the smallest roles are filled out with great actors you're happy to see show up. A word of advice: stick to the Theatrical Cut, which ends on a perfect note, and not the Extended Cut.
12. Prometheus (2012) 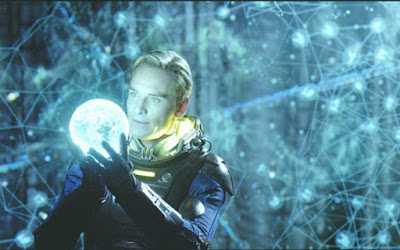 A movie I still grapple with, but one I think is worthy of inclusion on this list for the things that work about it, for the big swings it takes, and for being an absolutely gorgeous and spellbinding science fiction film -- the kind only Ridley Scott can make. I'd like the movie a whole lot more if it were just a standalone sci-fi film and didn't have to tie in to Alien, but that's how movies get made in the 2000s. Michael Fassbender's David is as compelling a character as the genre has seen -- arguably made even more so in the sequel -- and alone makes Prometheus worth seeing. I'm putting this one on the list instead of Alien: Covenant because it's a better original film than it is an Alien sequel, whereas it's the other way around with the follow-up.
13. The Counselor (2013) 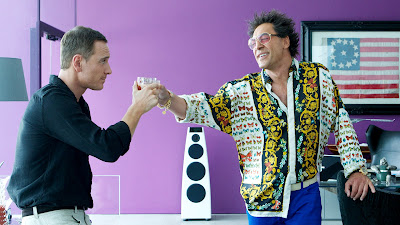 Just in case he hadn't divided audiences enough with Prometheus, Ridley Scott directed this adaptation of a Cormac McCarthy novel that's seemingly devised to piss people off. Michael Fassbender leads a first-rate ensemble in a movie that's as bleak, mean-spirited, and darkly funny as they come. What might be considered a minor work from another filmmaker is Essential Ridley Scott because it demonstrates just how well he's able to make so many different kinds of movies. Had he chosen to, he could have made an entire career directing blacker than black films like this one and we still would have been better for it. It's the logical conclusion of the nihilism present in his 2000s movies like Hannibal and Prometheus.
14. The Martian (2015) 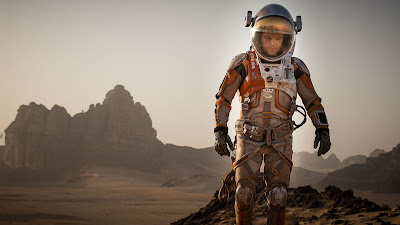 Like with Thelma & Louise 25 years earlier, this is Ridley Scott flexing that he can direct anything well. Though known for a long time as a stylist -- probably because so many of his movies are so stylish -- Scott is able to step aside and service the material as well as anyone since Michael Curtiz. And while a lot of The Martian depends on Matt Damon's winning, movie-star performance, it's Scott who finds the tricky balance of tones and generates suspense even as we know how things will resolve. A good story, well told.
15. The Last Duel (2021) 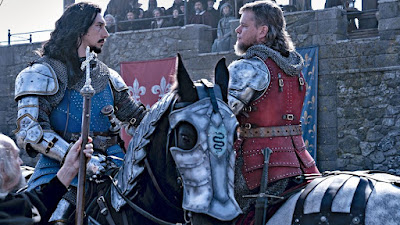 One of two movies Scott released within months of each other in 2021, The Last Duel is Scott's best movie in years. An adaptation of the novel by Eric Jager (with a screenplay by Matt Damon, Ben Affleck, and Nicole Holofcener), Duel tells the Rashomon-like story of a sexual assault from three different perspectives -- the masterstroke being that none of the details of the assault are all that different. Going all the way back to Alien, Scott has been interested in what happens when we deny women a voice and rob them of any power or agency. This is his best distillation of that theme, another great film in a career full of great films. Plus, I like the idea of bookending a list that begins with The Duellists with this movie. 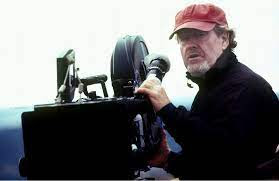