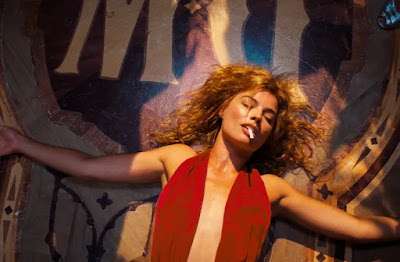 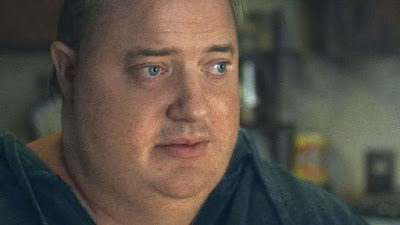 The internet’s favorite boyfriend is back! The Brenaissance is finally upon us! It’s all very exciting, I suppose, as few in Hollywood deserve the redemption arc that Brendan Fraser is currently enjoying. Darren Aronofsky’s The Whale is just the right vehicle for his return to mainstream attention, too: The tale of a gentle giant and his broken dreams lathered-up by prosthetic transformations and a life-affirming message of hope. It’s everything an awards voter could possibly ask for! But despite Fraser’s warm and compassionate performance — and a ferocious one from Sadie Sink as his estranged teenage daughter — The Whale is an overwrought catastrophe that often borders on cruel and unintentional (?) comedy. Aronofsky continues to struggle with tonal control, stranding his adaptation of Samuel D. Hunter’s stage play in a bizarre limbo between empathy and contempt for his subject. Far from a dignified parable of perseverance, it’s an exercise in condescension redeemed — if only in part — by Brendan Fraser’s inimitable grace. 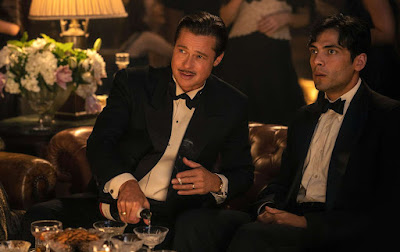 Speaking of brash and unwieldy, it’s a three-and-a-half hour odyssey into the glitz and glam of Silent Age Hollywood helmed by La La Land’s own Damien Chazelle! Brad Pitt and Margot Robbie lead a pack of showbiz rabble-rousers scrambling to survive the industry’s transition to talkies with their star power, marriages, and livers intact. Chazelle dollies and whip-pans his way through the melodrama with all the glossy verve we’ve come to expect, and his cast (including Diego Calva as a production assistant-turned-development executive and Samara Weaving as a starlet — yes, Weaving and Robbie in the same movie) bring the noise as manic-depressive caricatures living too boldly to live long. It all goes precisely as badly for them as you’d expect, but as Chazelle’s thesis builds to its audacious, almost arrogant conclusion, he reaffirms the transcendent power of cinema and those who create it. Steven Spielberg does this in one camera move in The Fabelmans, of course, but Chazelle doesn’t exactly do subtlety, does he? 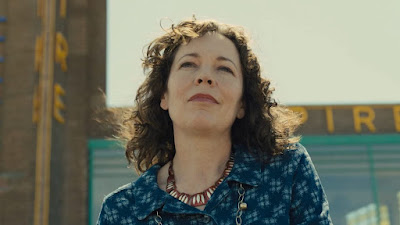 Speaking of unsubtle — Leave me alone; my brain is melting — Sam Mendes is back with a navel-gazing drama starring Olivia Coleman as a woman learning to cope with the disquieting emptiness of middle age (Can you imagine?). Her Hilary checks tickets at a storied beachfront cinema in Thatcher-era (era) England that seems to be easing hazily into its twilight years (Because symbolism). Stuck in an unhappy affair with her manager (a spectacularly sleazy Colin Firth), Hilary becomes enraptured by the carefree Stephen (Michael Ward), a young black man with whom she seems, at first, to have little in common. Penning his first solo screenplay, Mendes handles their May-December romance, Stephen’s uphill battles with racial prejudice, and Hilary’s alleged “female hysteria” with all the penetrative insight you’d expect from a sixty-year-old white man, a kind of passing curiosity conveyed in head bobs and stifled silences. It’s not that Empire of Light is bad, really. It just wants credit for work it has very little interest in doing. 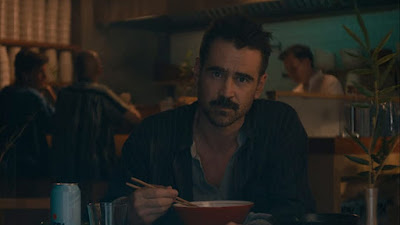 However, if one does happen to be in the market for some higher-calibur head bobs and stifled silences — Man, I’m nailing this — Colin Farrell’s second best of four stellar 2022 performances is in director Kogonata’s After Yang, an understated family drama set in a near future in which “technosapiens” like Yang (Justin H. Min) provide eager company to humanity’s loneliest hearts. But when Yang goes on the fritz and suddenly leaves young Mika (Malea Emma Tjandrawidjaja) without an older brother, her father Jake (Farrell) embarks on a quiet odyssey through his adopted son’s memory banks hoping not only to uncover his cause of death, but the ultimate meaning of his — and maybe his own — life. After Yang unfolds with a low hum that often borders on soporific, but the emotional subtext at its heart is as wild and potent as rowdier, more action-packed cousins like Ex Machina and Blade Runner: 2049. Kogonata’s film is a patient and often uncomfortable investigation of who we love and — more importantly — why. 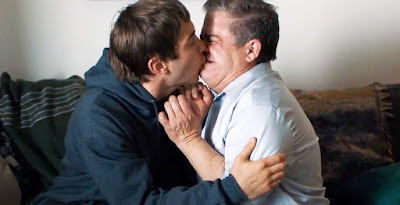 This last one is for the indelible Adam Riske, who tipped me off to James Morosini’s irreverent indie comedy about a father (Patton Oswalt) who attempts to reconnect with his estranged son (Morosini) through the adopted persona of a beautiful girl on social media (Claudia Sulewiski). The two hit it off and, wouldn’t you know it, Oswalt’s slippery huckster Chuck soon finds himself inadvertently dating his son. Though I Love My Dad has an appropriately raunchy streak — one scene finds Chuck struggling through a sext exchange while Morosini’s Franklin masturbates in the next room — it foregrounds the pathos enough that we never lose track of the very human hopes and insecurities that make up its core. Sulewiski is the unexpected standout, though, personifying the non-existent Becca with an infectious charm that doubles every time the real Chuck slips through the facade. I Love My Dad is a welcome bit of palate-cleansing fun for those of us — me; I mean me — trudging through self-important awards season fare.
Posted by Patrick Bromley at 5:00 AM

Email ThisBlogThis!Share to TwitterShare to FacebookShare to Pinterest
Labels: 2022 movies, after yang, babylon, brendan fraser, empire of light, i love my dad, the whale