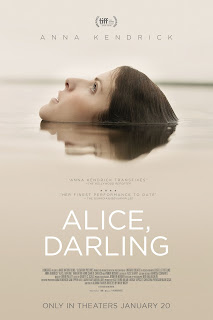 In which Anna does her best.

Some January movies belong in January because of their unique palate-cleansing qualities: A nice slice of 88-minute genre schlock goes down easier after the five-course behemoths of Prestige Season, something like Plane, last year’s The 355, or 2021’s The Marksman. They’re buffets of empty calories with very little to prove; the more brainless, in fact, the better. But then there are festival qualifiers like Alice, Darling, thoughtful indies that seem to have been orphaned in January because they never gained enough traction for awards consideration. They were crowded out. Abandoned. They’re eventually released quietly, with little support or expectation from their studios. Mainstream January releases occasionally hit, of course — your Takens, Cloverfields, and 27 Dresses…es — but most of these smaller offerings lay bleeding in ignominy until it’s time to make year-end “Also Ran” lists again. The well-intentioned debut of Mary Nighy (daughter of Bill), Alice, Darling is sure to be the first such casualty of 2023. 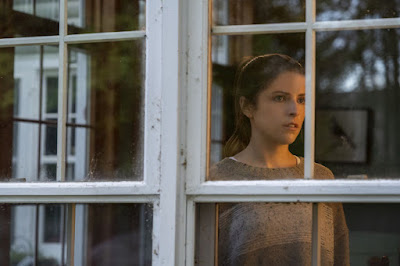 Alice (Anna Kendrick) is in love with handsome artist Simon (Charlie Carrick). She thinks she is, anyway. No, she’s sure of it. Simon is kind and successful. He’s intelligent. Creative. No, he is. Alice is very lucky. But her best friends (Wunmi Mosaku as Sophie and Kaniehtiio Horn as Tess) aren’t so sure: Alice has grown uptight since meeting Simon. She’s jittery. She’s always bailing on their plans. Simon is a little arrogant, they think. He talks down to her. He’s possessive. Well, it’s Tess’ thirtieth birthday, and Sophie has arranged a weekend getaway for the three of them that will get things back on track. Rather than relishing an opportunity to let loose, though, Alice is coming up with excuses that Simon will find acceptable. She has to go on a work trip, she tells him. They need her. But it’s not long before the secret’s out and Simon finds his way — unannounced — back to Alice. Alice is always doing this, he tells her stunned friends. Always lying. Always misbehaving. He’s here now, though. He’ll straighten her out.

You can see where this is going. Alice, Darling paints a portrait of emotional abuse that will feel familiar to anyone who’s ever dipped their toes in the codependency pool or been gaslighted — a term now so pervasive that it’s lost all cogent meaning — by a partner. Alice presents all the telltale signs of psychological distress: She picks at her nails and yanks out her hair. She rocks in place and starves herself. Her friends protest in the usual way, with Sophie playing the mediator through Tess’ more aggressive confrontations. To its credit, though, Alanna Francis’ screenplay is careful not to portray Alice as naive or, worse, too feeble-minded to understand Simon’s influence. As any codependent can tell you, there is an element of Alice’s personality that invites manipulation, a need to be needed that almost thrives on it. This doesn’t make Simon’s narcissism any less damaging — nor does it make Alice more deserving of his mistreatment — but it does grant her a refreshing agency for this brand of melodrama. 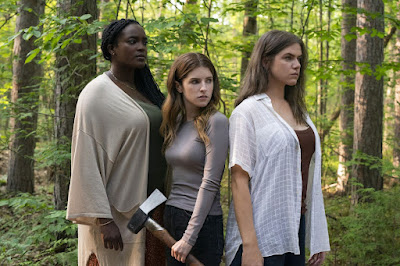 Credit should also go to Anna Kendrick, who has made a career playing self-conscious neurotics in films and TV shows like Up in the Air, Noelle, A Simple Favor, The Accountant, Pitch Perfect (geez, she does do this a lot, huh?); Let’s see...those Swanberg movies, Love Life. Oh! Dummy. (Did anyone else watch Dummy? On Quibi? It’s good!) Anyway, whereas those projects played up the cutesy goofball aloofness of it all, Kendrick brings a more subdued conflict to Alice, an inner panic that no amount of snarky asides could possibly deflect. There isn’t quite enough for Kendrick to do here — an undercooked subplot involving the search for a missing girl ultimately goes nowhere — but she’s right for the role in theory and fosters her reliably strong chemistry with her co-stars. While my beloved scrappy little nobody certainly knows how to take over a frame, Kendrick’s strength remains in her ability to defer to other actors in the scene, to play off their energies and adapt her own performance as theirs come into focus. 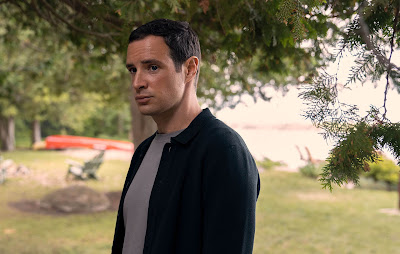 Alice, Darling sinks, however, for a curious reason: It doesn’t have a third act. Typically, Simon’s unexpected arrival would herald a series of complications, a raising of stakes that would test Alice’s devotion to the new sobriety that her friends worked so hard to mold. Maybe they fight about Simon spoiling her girls’ weekend. Maybe Simon crosses a line and gets physically abusive. Maybe Alice decides that she’s had enough of her controlling beau and strikes him down with the maul (not an ax, but a maul) — that the film takes two full scenes to establish. That’d be fun, right? There could be a whole cover-up — drawing in the subplot about the missing girl — that would also serve to renew Alice and Tess’ strained relationship. But none of that happens. Not a thing. Instead, Alice simply gets out of Simon’s car and returns to her friends. Sophie smashes his rear windshield, which is kind of cathartic, I guess, but that’s it. What would have made for a juicy Lifetime Channel revenge story — a tale of female friendship and triumph over masculine aggression — instead fizzles out before it even gets started.