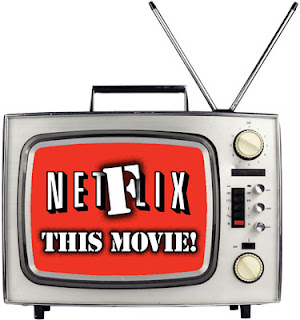 Summer is winding down, and nothing good is coming to theaters. Stay home and watch these instead.

Erich: Instead of turning you on to brand new movies, this week I’m going to make sure you know about a couple of movies you may already have seen, but are worth watching again: 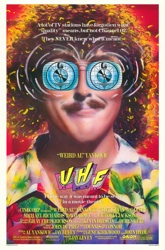 UHF (1989; dir. Jay Levey) I have already professed my love for this comedy classic on the site, but I’ll do it again. In the late ‘80s, Weird Al Yankovic translated his twisted brand of parody to the big screen with this story about a loser who turns a struggling UHF station into a ratings powerhouse with shows like “Wheel of Fish” and “Conan the Librarian.” The movie probably isn’t for everybody. Just people who are awesome.

Wet Hot American Summer (2001; dir. David Wain) Another movie that has been covered extensively on the site, I can’t think of a better way to spend the last few precious days of the summer than watching this one over and over. 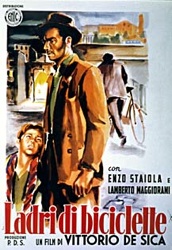 Erika: Bicycle Thieves (1948; dir. Vittorio De Sica) I love the father and son in this movie. I'm also a sucker for all things Italian, and this is one of the most Italian movies ever made (right behind Corky Romano). It's a classic! You've already seen it. 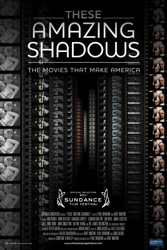 JB: These Amazing Shadows (2011, dir. Paul Mariano & Kurt Norton) I so appreciate that one of our readers recommended this documentary. If the sight of the original nitrate negative of Citizen Kane sitting in a vault at the Library of Congress would give you a boner, this is the film for you. 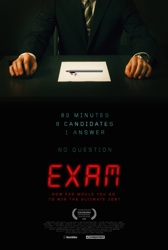 Mark Ahn: Exam (2009; dir. Stuart Hazeldine) 8 people are in a room, all finalists for a job at a prestigious firm. They have 80 minutes to complete the final task. However, the ambiguity of the final task and the pressure of time leads to problems. A fairly well-done mystery that feels more like a play then a movie (including some overwritten dialogue), but the pressure drives the plot forward into some unexpected (but not twisty) results. 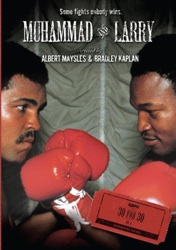 Mike: Muhammad and Larry (1980; dir. Albert & David Maysles) You don't need to be a sports fan to enjoy ESPN's fantastic 30 for 30 series of films. I could recommend almost any of them, but Muhammad and Larry always stuck with me the most. Comprised of footage shot by the Maysles brothers during Muhammad Ali's training camp for his fight with Larry Holmes, Muhammad and Larry is the sad account of Ali being unwilling to hang up his gloves despite his failing health, and a group of hangers-on that rely too much on Ali financially to let him quit. 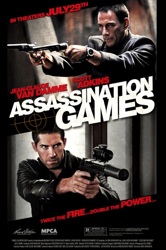 Patrick: Assassination Games (2011; dir. Ernie Barbarish) With the disappointing specter of The Expendables 2 still looming large, it seems like a good time to recommend a better action movie starring two of the same actors. Jean-Claude Van Damme (the best part of Expendables 2) and up-and-coming action star Scott Adkins team up to kick ass and kill a lot of people. Nothing new, but it does the old stuff well.
Posted by Patrick Bromley at 6:08 AM