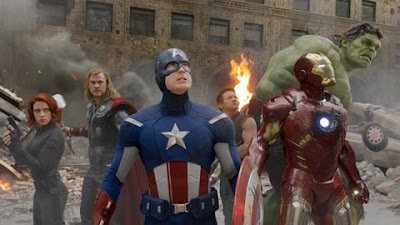 Happy Thanksgiving from F This Movie! Here's what we're thankful for this year.

Erich:
As a husband and father with very little free time to do anything but work, do the chores, and make excuses, I am thankful for the hi-def home video that allows me to see the movies I want without having to leave the house or interact with strangers. I am also thankful that studios seem to have figured out that bringing classic films to Blu-ray requires little more than a careful eye and an understanding that digital tinkering is bad, and that grain, for lack of a better word, is good.

I look forward to a Thanksgiving in the near-future when we can roll our eyes at Uncle Frank's tired jokes about "DNR" and "edge enhancement" instead of cringing at the way he works the term "Chinaman" into general conversation. I am thankful for the gorgeous Blu-ray releases of films like Jaws, E.T., and the Universal Monster series. Mostly, though, I am thankful for friends and family. Especially the ones who buy me Blu-rays for Christmas. ...Only 32 shopping days left, people. Just sayin'.

Mark Ahn:
1. Martin McDonough
2. That they pulled off The Avengers.
3. That people like Rian Johnson are still making original science fiction movies, and he released a director's commentary for Looper that you can listen to as you watch it in the theater.
4. There will be more Star Wars films, and even though it probably won't happen, I can always dream about people like Tarantino or Spielberg or Brad Bird or J.J. Abrams or Joss Whedon doing them. Because, hey, SOMEBODY will. Because there's more Star Wars movies!
5. George Lucas donating billions of dollars to education.
6. That Skyfall was an awesome Bond.
7. Even though I didn't totally love Cloud Atlas, I'm happy that people like the Wachowskis are still making ambitious films like it.

"I thought they smelled bad...on the outside!" - Harrison Ford as Han Solo, The Empire Strikes Back

"They should have put you in a glass jar on the mantelpiece." - Daniel Day-Lewis as Daniel Plainview, There Will Be Blood

"Are we still going out?" - Bill Murray as Dr. Peter Venkman, Ghostbusters

"How, in the name of Zeus' BUTTHOLE, did you get out of your cell? I only ask because in our current situation, well, it could prove useful information MAYBE." - Nicolas Cage as Stanley Goodspeed, The Rock

JB:
1. My wife and son
2. Skyfall, the new James Bond film
3. The fact that I am not David Petraeus, Lindsay Lohan or Mitt Romney
4. The inevitable death of 3D movies in 2013 or 2014 PLEASE
5. My ability to twist young minds for evil
6. Blue Monster Energy Drink
7. The Universal Monsters Blu-ray box
8. Netflix Instant
9. The Music Box Theatre (probationary status)
10. Shrimp cocktail

Patrick:
Here are some things I'm thankful for in 2012 (in no particular order):
1. Joss Whedon stuck the landing with The Avengers.
2. James Gunn was hired to write and direct Guardians of the Galaxy.
3. The Cabin in the Woods finally saw the light of day.
4. Scream Factory.
5. My baby girl.
6. My little man.
7. The love of my life.
8. Jean-Claude Van Damme back on the big screen.
9. Both Tim Burton and Adam Sandler had box office bombs.
10. The rise of Channing Tatum.
11. New movies from Quentin Tarantino, Paul Thomas Anderson, Steven Spielberg, Christopher Nolan, Wes Anderson, Ridley Scott, Kathryn Bigelow, William Friedkin, Rian Johnson, Ang Lee, David O. Russell, Andrew Dominik, Peter Jackson and two from Steven Soderbergh.
12. The Wachowskis.
13. Everyone who writes for F This Movie!
14. Everyone who reads F This Movie!

Doug
I'm thankful for Twizzlers and popcorn. For fixed seats in theaters (i.e., seats that don't flip up, thereby giving you an extra FOOT of legroom) and Patrick and Erika's ridiculously comfortable basement screening room (the NEW New Beverly). I'm thankful for Center Stage-era Amanda Schull and Idle Hands-era Jessica Alba. For huge multiplex cinemas (where they can't tell/don't notice if you see, say, four movies in a row) and old, historic movie palaces with Art Deco design details, artificial "twinkling stars" in the ceiling and a passionate, dedicated staff (looking at you, Patio, Portage and Music Box theaters in Chicago). I'm thankful for George Bailey and Johnny Rico. For wonderful arguments (let's call them "spirited dialogues") and learning something new about film EVERY DAY (especially from Patrick and JB). Lastly, I'm thankful for the awesome group of fans/friends of F This Movie! Thanks!