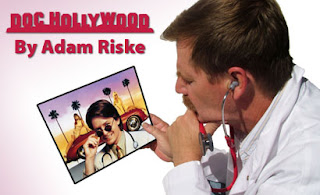 Hi, Nicole! Come on in and have a seat.

How are Keith and the kids?  Good?

OK.OK.OK. Let’s see here...I’m looking at your file, and the news is not good.

How about this? Instead of futzing around like a couple of Australian schoolgirls, let’s just come out with it, yeah?

You hit rock bottom. You pissed the Efron. I think you have absolutely no interest in entertaining me.  You have also evolved into an actress that is about as fun as cleaning a garage. Why so serious?

The good news is this can be fixed. You have the tools at your disposal.

I think my friend Seal said it best when he used to compare you to a kiss from a rose on the gray. I want to get you back to that! You have become the graying tower alone on the sea. The more I get of you, the stranger it feels…yeah.

First, I want to go back to 1999, because I think this is where your Golden Age began. It was a great year in your career. It was the year of Eyes Wide Shut, which is the perfect cocktail -- no Tom Cruise pun intended -- of what moviegoers like about you.

First, let’s state the obvious. Hubba Hubba! You are one of the most strikingly beautiful actresses around. In 1999? A hurricane of pretty. The face, the accent, the tuchus.  So pretty it makes my eyes hurt. You were what we Jewish people call Shayna Punim, which means: “Oh! What a face!” 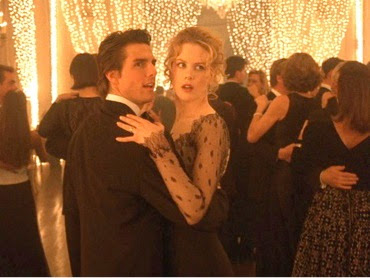 Fun fact: I was also at my most attractive in 1999. Check this out. My hair was perfect. Look out Hollywood! 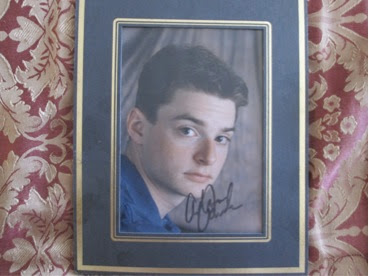 Sorry. Back to you. The cool thing about Eyes Wide Shut was that not only were you great to look at, but you gave a GREAT performance. Not easy to do in one of Stanley Kubrick's movies, which are normally exemplary in many ways, but you don’t think of the acting first. You came across as fiery, strong, intelligent, vulnerable and likeable. You were interesting and fun to watch. The performance seemed like the reinforcement of the breakout you had in To Die For. You were an actress to be reckoned with, and it was exciting to see where you would go next. Most importantly, it cemented you as very much your own thing. You were no longer just Tom Cruise’s wife who also acts.

This is also the movie that gave you a newfound cachet in Hollywood. Your next two movies were Moulin Rouge! and The Others, giving you the most financial success of your career. You were just a few years away from winning an Oscar for The Hours in early 2003. This is where your Golden Age ended.

What followed is going on 10 years of movies that are further and further alienating you from the Nicole Kidman we knew and liked. I lump your post-Oscar output into two categories: Sad Bastard (Dogville, The Human Stain, Birth, Cold Mountain, Rabbit Hole) and The Least Interesting Tentpole in the World (Bewitched, The Golden Compass, The Stepford Wives, The Interpreter, The Invasion).  The culmination of this reign of terror found you peeing on Zac Efron’s jellyfish stings in The Paperboy. As David Byrne of The Talking Heads would say, "How did I get here?" 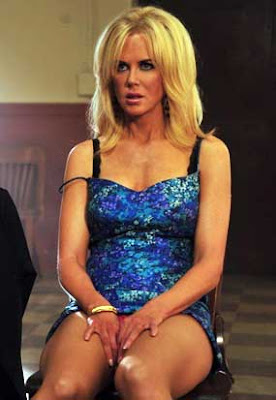 You seem almost masochistic in wanting us to see you suffer. In turn, you are making your audience’s entertainment genes suffer. This doesn’t have to be the case. We KNOW you can act. You don’t have to be so much of an ACTRESS. Remember Eyes Wide Shut? We got the best of both worlds. The Nicole with acting muscle and Nicole the movie star. The two are not mutually exclusive. 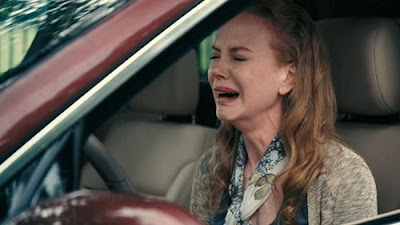 So what happened? I looked in your file for clues and came up with some interesting tidbits. You are very self-aware. You were quoted as saying “So if you talk about a box-office career, then I'm a disaster.” Um, change that. Make movies people want to see. You’re too much in it for you. Give a crap about US again. We have to watch this stuff. Practice what you preach when you said “What's the point of doing something good if nobody's watching?” It can be ART and still entertaining! Like Eyes Wide Shut and To Die For.

But here’s where we will unlock the mystery. This is you on Stanley Kubrick: “Stanley Kubrick taught me to believe in myself artistically. He said to me, 'No, you have to respect your talent, and give it some space, and give it some time.' Well, you done did that. I’m sorry, Nicole, but I think your mentor might have broken you. If Kubrick were alive...I don’t know...after a while, maybe he would have said “Nicole, these movies you’re picking are kind of the worst. Did I mention I don’t like Shelley Duvall?”

So where do we go from here? Here’s my prescription:

1) Go back to basics – You used to be in programmers; not just movies that were trying to reflect the human condition (gag). Be in thrillers again (Malice, Dead Calm) or genre movies (Billy Bathgate, Batman Forever).

2) Take a back seat – I read you want to work with Steven Spielberg. Make that happen, BUT in a supporting role. It’s ok not to be the leading lady anymore. Take a note from Susan Sarandon; there’s much to be had from a career longevity standpoint by embracing supporting roles.

3) Work with these directors - You need to work with directors that LOVE and don’t want to PUNISH actors. I see you working well with Paul Thomas Anderson, Ben Affleck, Wes Anderson, David O. Russell and Sofia Coppola. Stay away from Michael Haneke!

4) Use what you got – Be cold and emotionally vacant! Stoker is a step in the right direction, and I can’t wait to see you in it. The femme fatale thing worked for you in To Die For. Give that another shot. You could be a big star in horror movies – call James Wan, Ti West or Lucky McKee. Better yet, do a remake of What Ever Happened to Baby Jane? with you in the Joan Crawford part and Winona Ryder in the Bette Davis role. Have David Lynch or Darren Aronofsky direct. That would be a Saturday night hit at the movies!

5) Play it safe for a while – Remember the movie Wild Hogs?  You need a Wild Hogs (Wild Hens?).  Let’s get that stick out of your ass. You can even bring the Diet Coke version of you (Naomi Watts) along for the ride. Another option is to call up your pal Daniel Craig and get a villainess role in a Bond movie. Call Kathryn ‘Boom Boom’ Bigelow and blow some sh*t up. Just don’t run in that movie. I’ve seen you run in The Peacemaker, and it looks stupid.

Ok, I think that’s about all I have for you my friend.

Oh, real quick. I read something interesting that I have to ask you about. You’re scared of butterflies?  You once said you were because there is something "eerie" about them; something weird.

That’s hilarious! If only Alfred Hitchcock were still alive.

Take care, Nicole, and good luck. My office is open for you anytime.
Posted by Patrick Bromley at 7:18 AM