Six Horror Movies Almost Directed by Someone Else 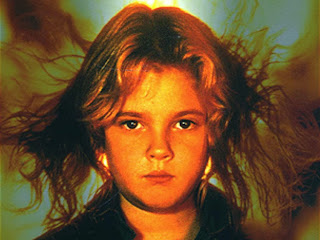 It's not unusual for movies to go through different filmmakers during the development process. But because horror is such a finite community, there are clear names and faces to everyone attached to a movie -- when a movie goes through multiple directors, there's a good chance we know each of them. Maybe you already knew about some of the "almost" movies on this list. Maybe you knew about all of them. It's still fun to read through them and imagine "What if?" 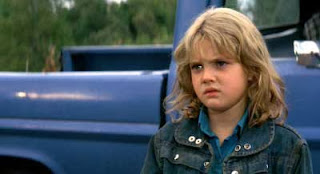 1. Firestarter (1974) directed by John Carpenter - Universal originally hired John Carpenter to direct Firestarter, the movie adaptation of Stephen King's 1980 novel. But when The Thing came out and didn't make any money, Universal fired him off the movie. Crazy, right? Carpenter was fired off a movie for directing one of the BEST HORROR MOVIES EVER MADE. Firestarter was eventually directed by Mark L. Lester, who directed a pretty generic version of the story despite an ideally cast Drew Barrymore and George C. Scott doing some crazy entertaining overacting. Carpenter would go on to make his own Stephen King adaptation with Christine, a fine movie that ranks as neither the best King adaptation nor one of Carpenter's best. 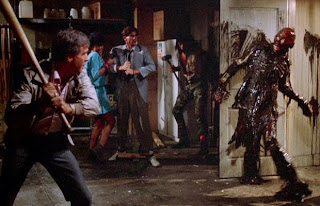 2. The Return of the Living Dead (1985) directed by Tobe Hooper - While working through the supplements on Scream Factory's incredible Blu-ray release of Lifeforce, I was surprised to learn that Tobe Hooper was originally set to direct The Return of the Living Dead. When Menahem Golan instead offered him a big budget to direct Lifeforce (then called Space Vampires), Hooper left the project and hand picked screenwriter Dan O'Bannon (who, incidentally, also wrote Lifeforce) to direct. Here's a situation in which everyone wins; O'Bannon got to make his directorial debut with a horror comedy classic, and Hooper went off to make his brilliant space vampire movie. It's the only case on this list that resulted in two great movies. 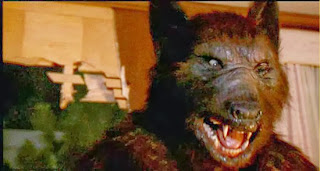 3. Stephen King's Silver Bullet (1985) directed by Don Coscarelli - The man best known for the Phantasm series (and who also directed The Beastmaster, Bubba Ho-Tep and, most recently, John Dies at the End) actually did direct sections of Silver Bullet, an underrated werewolf movie based on Stephen King's novella Cycle of the Werewolf. How much Coscarelli can be credited with directing is up for debate; some claim he's responsible for ALL of the movie's non-werewolf scenes, while others say it's not quite that much. What is not disputed is that he directed a number of scenes in the movie while waiting for the special effects department to come up with a werewolf design to be approved by producer Dino De Laurentis. Eventually, production on the film stalled enough that Coscarelli recused himself and Daniel Attias was hired to take over. Faced with throwing away everything that had been shot and abandoning the movie or approving the terrible bearwolf, De Laurentis relented and Attias finished the film. This explains why Silver Bullet has one of the worst werewolves in movie history. And if Coscarelli directed as much as many say, it also explains why Silver Bullet is really good. 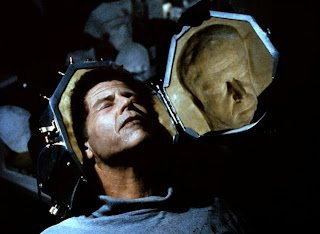 4. Popcorn (1991) directed by Alan Ormsby - Screenwriter Ormsby, who regularly collaborated with Bob Clark -- he wrote both Children Shouldn't Play with Dead Things (in which he was also the lead actor) and Death Dream -- actually directed several weeks' worth of footage on Popcorn, a horror film that was ignored upon release but which has become a cult favorite 20 years later. He and Clark worked on the script, Clark was producing and the movie was set to be Ormsby's debut as director. He eventually left the film over what appears to be creative differences with the producers and was replaced by Mark Herrier, a first-time director best known as one of the stars of Porky's -- a movie directed by Bob Clark. The circle of life. Apparently, all that remains of Ormsby's work in the finished version of Popcorn is the fictional film-within-a-film footage (for titles like Mosquito, The Amazing Electrified Man and The Stench) that plays in the theater in which the movie takes place. Both Clark and Ormsby had their names taken off the film; the script is credited to the pseudonym Tod Hackett. 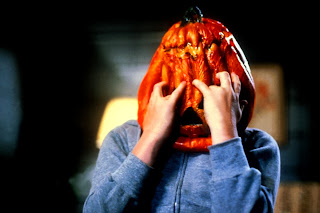 5. Halloween III: Season of the Witch (1982) directed by Joe Dante - John Carpenter was looking to change things up with Halloween III, which was to be the first movie in the series NOT to feature Michael Myers and would kick off a more anthology-style approach to the sequels. Joe Dante -- fresh of the success of The Howling -- was hired to direct, and chose British writer Nigel Kneale (of the Quatermass series) to pen the script. But then Dante left to make another movie; no word on which one, but it was around the time he directed a segment in Twilight Zone: The Movie and came close to doing Jaws 3, People Nothing, a proposed comedic sequel that eventually became Jaws 3-D. Carpenter's friend and collaborator Tommy Lee Wallace was chosen to take over, and the script began to change a lot. Eventually, it became so different and had so much new violence that Kneale sued to have his name taken off. The finished version is one of the better '80s curiosities -- one that's just now getting respect after years of being written off as a trashy, ugly experiment. It's impossible to know what a Dante-directed version would have looked like; while his sensibilities are a lot more "fun" than Season of the Witch's eventual darkness, it's possible that he would have made the movie even crazier. But he was also planning to direct the Kneale version of the film, which would have been very different. I'm not upset that Dante never got to make a Halloween movie and I like the Tommy Lee Wallace version, but of all the movies on this list, this is the one I'm most curious about. 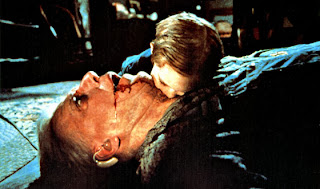 6. Pet Sematary, Salem's Lot, Resident Evil directed by George A. Romero - No horror director has more "almost" movies than George Romero, whose entire career seems to be a series of movies he tried to get off the ground before finally getting the funding to make something with zombies in it. At least two of his "almost" movies were to be Stephen King adaptations (three if you count his film version of The Stand, which never got anywhere). He was originally hired to turn 'Salem's Lot into a movie, but Warner Bros. altered their plans after a slate of vampire movies were released to theaters. When the project was turned into a television miniseries, Romero dropped out, stating that the restrictions of network TV wouldn't allow him to make the movie the way he wanted (Tobe Hooper ended up making the film). Though he purchased the rights and planned to direct the movie version of his friend Stephen King's Pet Sematary, he lost out on the project when he got stuck finishing up Monkey Shines (Mary Lambert would eventually direct Pet Sematary). And though he was possibly going to direct and had even written a script for Resident Evil, Sony opted to go with Paul W.S. Anderson instead. Because if there's a choice between the guy who made Dawn of the Dead and the guy who made Mortal Kombat, you always go with the Mortal Kombat guy. Romero would instead return to the zombie genre he made famous with Land of the Dead, based on his own idea instead of a video game.
Posted by Patrick Bromley at 7:41 AM