Are There Too Many Comic Book Movies? 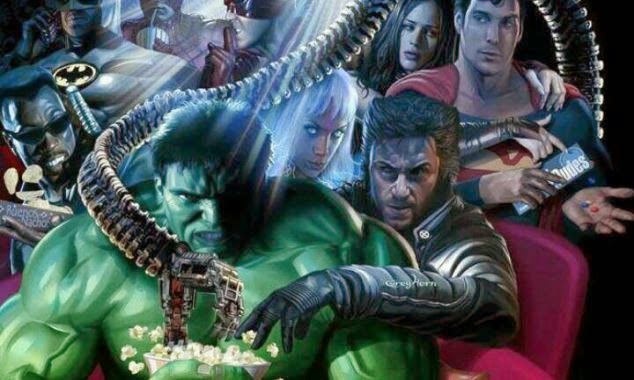 Patrick: I've been feeling lately that I'm tired of so many superhero movies; I think I said as much on our recent Captain America podcast. But then an article by Devin Faraci at Badass Digest told me I was wrong, and that there are really only two to four a year.

The more I thought about it, the more I guess I realized he's pretty much right? It used to be that they were all released within a few summer months, so maybe that contributed to my fatigue. But now they're being spread out all year; Thor 2 came out in November, Cap 2 in April. So why is it that I start to feel exhausted every time another one comes up?

As someone who doesn't treat the genre with any more reverence than any other kind of movie (you're a unique internet snowflake in that regard), how are you feeling about the superhero movie? Are we oversaturated, or is it what Devin Faraci suggests and I'm just overreacting?

Adam: I don't think you're overreacting. 1) If you feel this in your gut, you are on to something and should ignore someone telling you that you're wrong. Fuck them.

I'm definitely burned out when I read announcements for the next superhero movie and when I see the trailers for them. My immediate cynicism and bitching about how the superhero genre ruins movies is at full throttle at that point. As the release date gets closer, I tend to be more indifferent. I approach Thor, Captain America, etc. as a "please entertain me" proposition. And they usually do entertain me as I watch them. My main gripe I guess with these movies after the fact is that I don't care about them at all, let alone remember them. I really enjoyed The Winter Soldier but I could go the rest of my life without seeing it again. 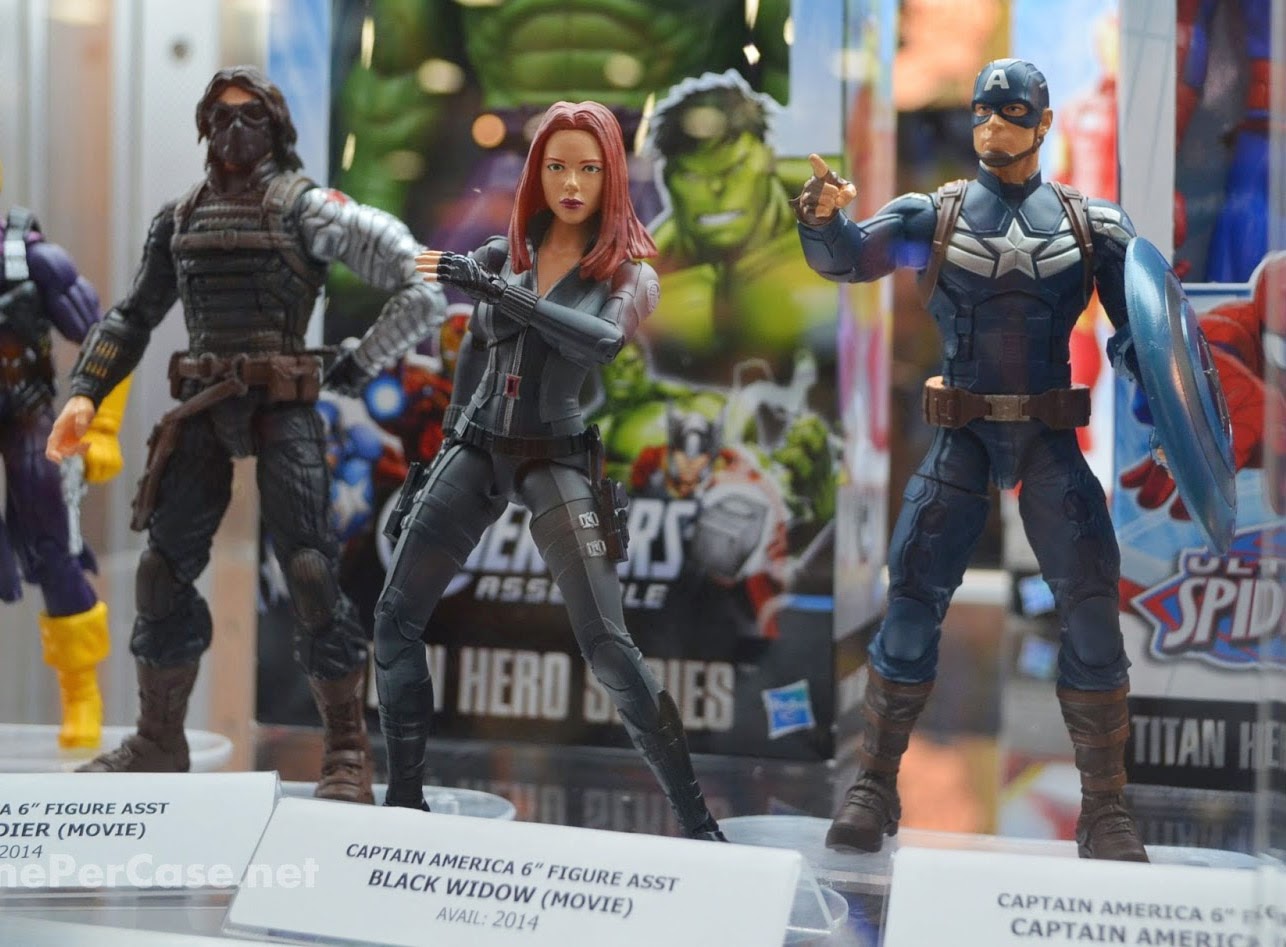 The sad thing is that it wasn't always like this. We chatted briefly over the weekend about Spider-Man 3, which is a movie I have never disliked as much as most people. It has problems, but there are moments in that movie that are really strong emotionally -- specifically some of the break-up stuff with Mary Jane and Peter. And Spider-Man 2 is scene after scene of characters dealing with problems of actual human stakes I can relate to. Hell, even Spider-Man has the the guy and the girl falling in love. I was hoping Black Widow and Captain America would get together at the end of The Winter Soldier because then they seem like human beings to me. It makes no sense why these two beautiful people, who clearly enjoy being around each other and are in similar situations with their careers, interests and lifestyles, wouldn't want to give it a shot.

I think the reason you might (and I definitely) feel over-saturated is because these movies are increasingly becoming more and more empty calories. They are mindless. Even when they're good, most superhero movies give you nothing to talk about and the studios have cracked the formula -- it will always taste like Coke from now on instead of something new.

So while I am fine with watching a superhero movie every three months, I'm worried about the effect they will have on the industry and on filmmakers. Can  you imagine how shitty movies will be when the generation that grew up on superhero movies (instead of Spielberg, Scorsese, even Tarantino) take over? 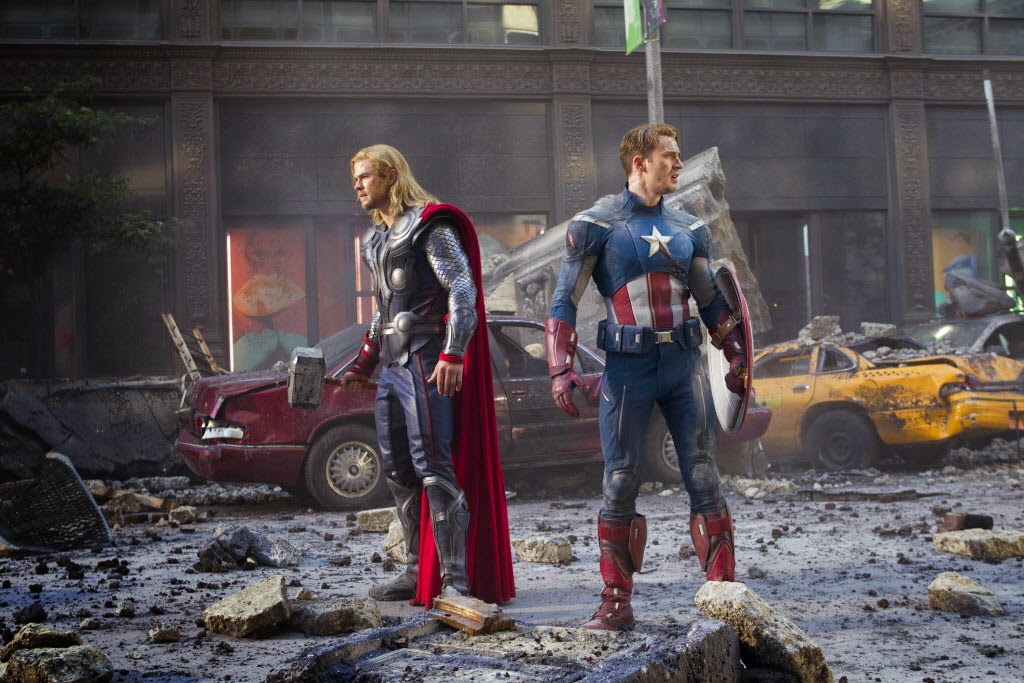 Patrick: A lot of them are empty calories, but not necessarily more so than many big-budget blockbusters. And while I'm often exhausted by the end of summer after seeing a bunch of shit blown up for three consecutive months, it doesn't quite feel like the fatigue I feel with comic book movies. Maybe it's because I was such an avid Marvel reader and have a more personal connection to the material that the "empty calories" approach is wearing me down.

And, to be fair, with something like The Winter Soldier, we're not really talking about empty calories anymore. That's a movie with something on its mind -- it sneaks some thoughtful commentary into a mainstream blockbuster. We often complain that we want more big expensive movies to do just that.

The more I think about it, the more I'm starting to think that maybe it's not even the movies I'm reacting to. As Devin Faraci points out, there are only a couple a year. I think it might be that we spend all year talking about those four movies (you know, in articles just like this one). You and I aren't just writers on a movie website; we both read a lot of online film "journalism." The sites we frequent can't get enough of reporting on every casting announcement, release date, easter egg -- every single aspect of every single superhero movie becomes click bait. So it's probably not the fact that there are more superhero movies being released (though that feeling certainly creeps in when I'm waiting for The Winter Solider to start but first have to sit through trailers for The Amazing Spider-Man 2, X-Men: Days of Future Past and Guardians of the Galaxy). It's that the discourse focuses so much on the few superhero movies that come out that I'm exhausted by them before they're even released.

Adam: The Winter Soldier makes steps toward having more on its mind but I'd debate it's not going far enough. These movies should be steeped in subtext because they're seen by more people around the world than any other movies. Even though The Winter Soldier has some, it's not as much as some of the X-Men movies have. I'll give The Winter Soldier credit for some of the military industrial complex touches but I think more could have been done with it. The fate of the world never feels at stake to me and it should, right?

I can see what you're saying about reading information online about superhero movies being a hindrance that causes us to be tired of them before they're even out. However, I'm of the opinion that if the movie is good, no amount of "news" beforehand can damage it. I like movie news. After all, I'm the spoiler champion of the site. 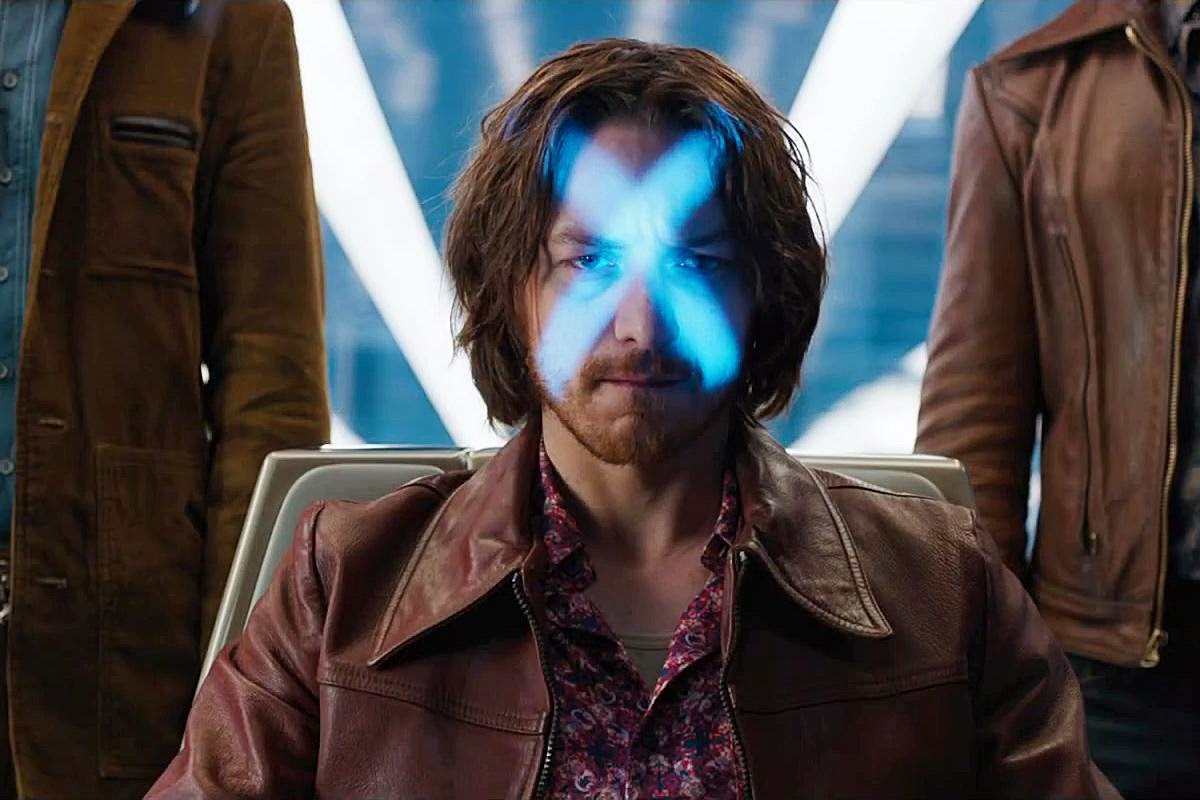 What wears me down is that these movies will never fucking end. The Marvel Studios movies taught the film industry that everything should be an endless cycle instead. So why should I give a shit about these movies frankly? The outcome is irrelevant. The villains need to stick around so they can come back, the heroes will die but only temporarily so they can come back, etc. I feel so manipulated by it. At a certain point, it's like I'm watching The Amazing Sony-Man or CEO Marvel: The Winter Earnings.

I was curious what you thought of this - are superhero characters the new mid-80s to mid-90s Tom Cruise? Like Tony Stark is awesome. Black Widow is awesome. Thor is awesome. Spider-Man is awesome. It keeps you at arms length I think.

Patrick: Hmm. We may agree to disagree on the amount of commentary going on in The Winter Soldier, since I felt like the whole movie was bursting with stuff about the NSA. And though the fate of the world wasn't necessarily at stake (in that the earth was going to explode), I thought the movie was smart not to deal with the "world" but with the fate of the people in it, if that makes sense.

Adam: What's the NSA? Just kidding. I know you mispelled NASA. It's all good. 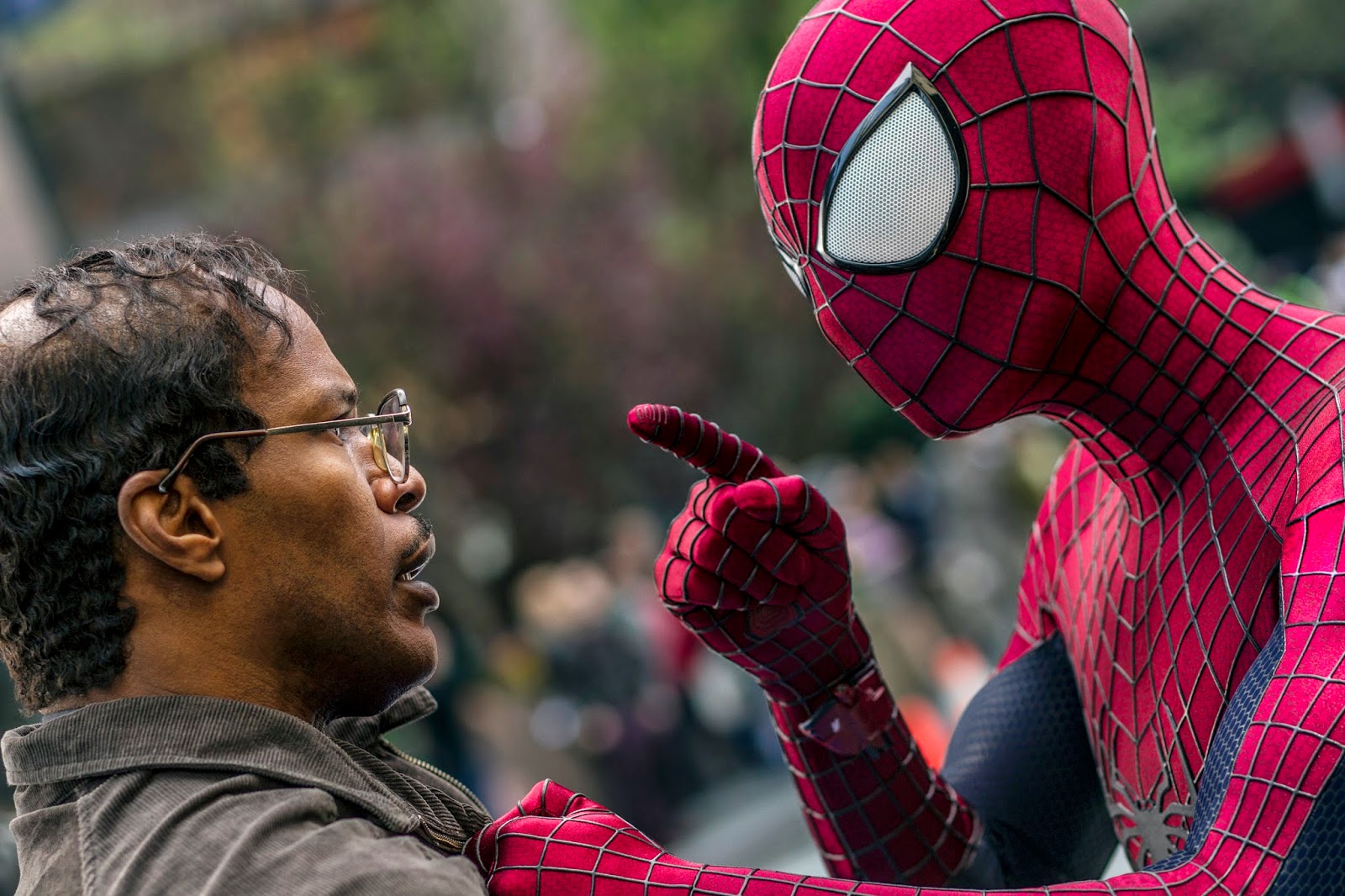 And you're right -- there is no end in sight. Maybe we just have to reframe how we look at these movies. If we accept that they're here to stay (and right now they are, but I do think it's still a fad), they can become a genre unto themselves. As long as filmmakers are willing to explore some other ideas within these movies or approach them in different ways, that can be ok. We don't usually complain about too many horror movies because there are many different types of horror movies; the sense of sameness isn't there.

Adam: I'd be totally fine with superhero movies being a genre. If they want to create an element (ala Tony Stark) then more power to them. Maybe that way I'll get back my regular action movies of the '80s and '90s which were built around a movie star or some cool high-concept like a bus with a bomb on it which will explode if it goes below 50mph.

Patrick: I think we're still at a point where the people writing about these movies and covering their productions are people (like me) who grew up reading/loving comics, suffered through some bad years of these characters being brought to the screen and CAN'T BELIEVE we now live in a world where comic book movies are the biggest thing in the world and being done right. The next generation of movie writers won't be so reverential towards them because they never grew up in a world without them. Maybe that will be the turning point. 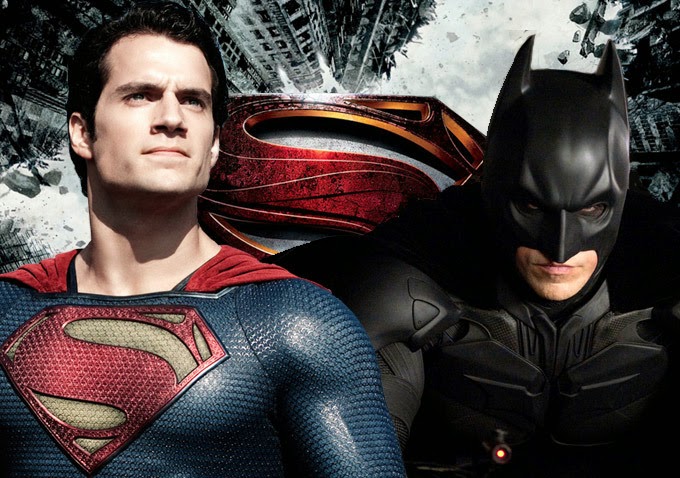 Adam: You know what I'm more tired of then superhero movies though? Morgan Freeman!
Like, I wanted to see Lucy and then I saw Morgan Freeman and was like "Ugh, I know what this is now."

Patrick: He only does the one thing now. It's not even his fault. You know what would really be a nightmare? A superhero movie with Morgan Freeman! Ha ha. J/K, Nolan fans. Me and Luscious Fox is tight.

Adam: The best thing Morgan Freeman has done in years is when his Lego character says "...sneakin' around the corner..." and then falls. I laughed very hard at that.

To your point about talking a movie to death, I'm going to change my mind and agree with you. I just remembered how sick of the Oscar nominated movies I usually am by the time that show comes around. I'm hoping this Spider-Man flood is an anomaly. I've never seen anything like it. It has to fail, right?

You're probably right about more themes being in The Winter Soldier than I'm giving it credit for. I think there may be a reason for that and it's not flattering to me as an "objective journalist" -- if I'm being honest, I'm over these movies and am ready for them to fail. I shouldn't want this but I do.

Sorry for being a Debbie Downer.

Patrick: Well, this took a dark turn. I feel like the conclusion we've arrived at is "No, there might not be too many superhero movies. We're just sick of hearing about them so much, which will change with the next generation. You know, the one that comes after we die."

So now I just have to wait to die. 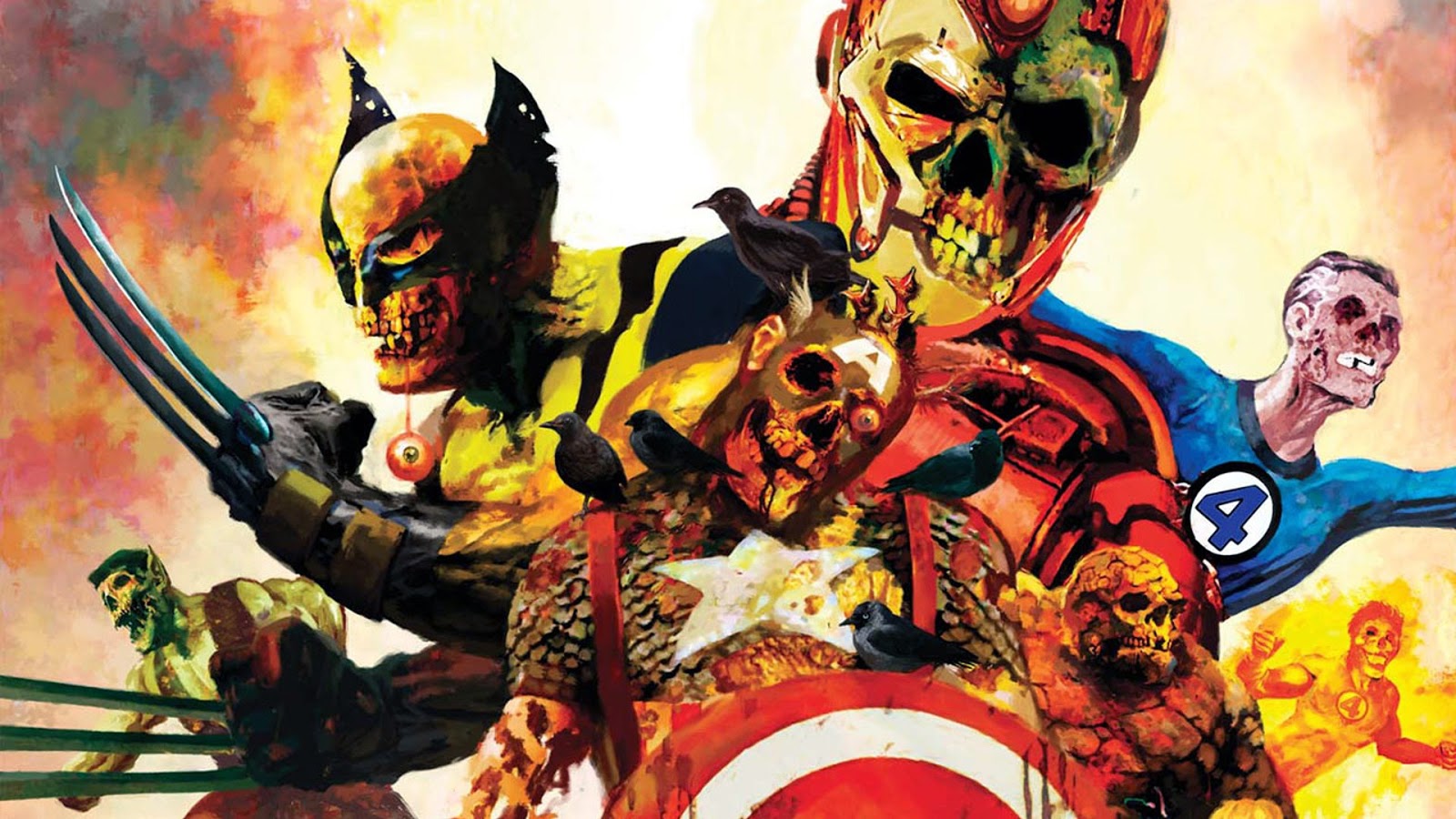