Last week, in response to my award-winning column on Tommy, charming and delightful reader Myke brought up that "other" film from The Who: Quadrophenia. Therein lies a tale.

Quadrophenia nearly got me fired.

Thirty years ago, I was a brand-spankin' new, snot-nosed film teacher, and I volunteered to organize my school district's annual Film Day -- when film students from all the schools in the district would convene at a host school for screenings and guest speakers. In last week's column, I shared how I'd experienced a memorable Film Day screening of Tommy while still a student. Once I became a teacher, I wanted to "pay it back" by organizing my own Film Day. I decided to show Quadrophenia, and that decision almost ended my teaching career before it had even started. 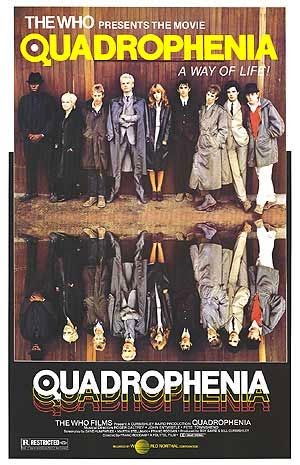 As the school's resident YCT (Young Cool Teacher) I selected the theme "Youth on Film." The 1986 film Lucas with Corey Haim and Winona Ryder had been filmed at a district high school the summer before, and we started Film Day with a lively Q & A, featuring students who had been on the set as extras. Dann Gire, film critic for suburban Chicago's Daily Herald, was our special guest. He spoke for about an hour -- he did a great job -- but then had to leave. (Too bad for Dann. He missed the fireworks.)

I was up next, having assembled a presentation using slides and film clips demonstrating how teens had been represented in films over the last hundred years.

SIDE NOTE: I was very proud of my presentation; it took something like FORTY HOURS to put together. This was a few years before we had anything like Powerpoint; I had to find pictures from library books and get them made into 35mm slides. I chose the clips from laserdiscs and assembled them onto a single VHS tape. LIBRARY BOOKS and LASERDISCS, people. Drudgery, but worth it; my little chat was well received. My YCT status was locked.

In the afternoon, I had scheduled a screening of Quadrophenia, the 1979 Franc Roddamn film based on the eponymous album by The Who. The movie details the "Brighton Beach riots" between rival English gangs in the mid-sixties.

The Plot in Brief: The Mods are an English gang. They dress in sharp suits, ride motor scooters, take amphetamines to stay up all weekend, and listen to bands like The Who. The Mods' rivals are called Rockers, who dress in white t-shirts and jeans, ride Harleys, drink beer and whiskey to excess, and listen to Elvis Presley. Frequently these rival gangs meet up on weekends and fight on the pier at Brighton Beach.

Jimmy (Phil Daniels) is a Mod. He falls in with a bad group of kids, falls in love with Steph (Leslie Ash), and spends his weekends jacked up on drugs and fighting rival gangs. Then everything goes south: he loses his job, his mother kicks him out of her house, his scooter is destroyed, and Steph leaves him. Jimmy returns to Brighton Pier to relive his former glories and discovers that Ace Face (Sting), the Mod he most admired, is a lowly bellboy at a Brighton hotel. Jimmy steals Ace's scooter, drives it off a cliff, and walks off into an uncertain future. All of this takes place to the songs from The Who's album Quadrophenia. It's the rare "musical" where some people dance, but nobody sings. 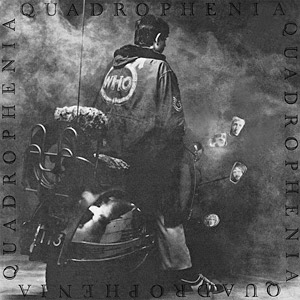 At one point in the film, our hero Jimmy visits a bathhouse, which were not uncommon in Britain during the 1960s. Bathhouses were places that people too poor to live in apartments with a bath could, well, rent a bath. Jimmy takes a bath. The boy in the next bath over begins to sing. Jimmy hears him through the walls, and recognizes the singer as a boyhood chum, and the two have an animated, shouted conversation through the wall that separates them. They are naked, as this is the way most people bathe. Because they are naked, we see one of their penises.

Unbenownst to me, a school hallway security guard had found her way into the screening. Why this woman chose to "sit in" on a student film screening when she was supposed to be patrolling the halls for scofflaws remains a mystery to me even thirty years later. I do know one thing: this lady was FREAKED OUT by the bath scene. I have since theorized that perhaps she had never before seen a human penis. She ran to alert the Dean of Students about the naked penis in the theater. This is when things got interesting.

Remember, this is all happening at a district-sponsored field trip. I was hosting 300 students, but I had signed permission forms from every parent, allowing them to see this R-rated film.

Hoping to see the penis in question, the Dean rushed to the theater and watched five minutes of the film before taking me into the hall and ordering me to turn the projector off. I asked him if we could go to his office and quietly discuss this as adults. I remember his exact response to this day.

"None of your first-year bullshit. You're turning that projector OFF."

He was my superior. I turned the projector off. The lights came up in the theater, and everyone looked sad. I explained the situation -- no one could quite believe it -- and the students from other schools were sent home early. 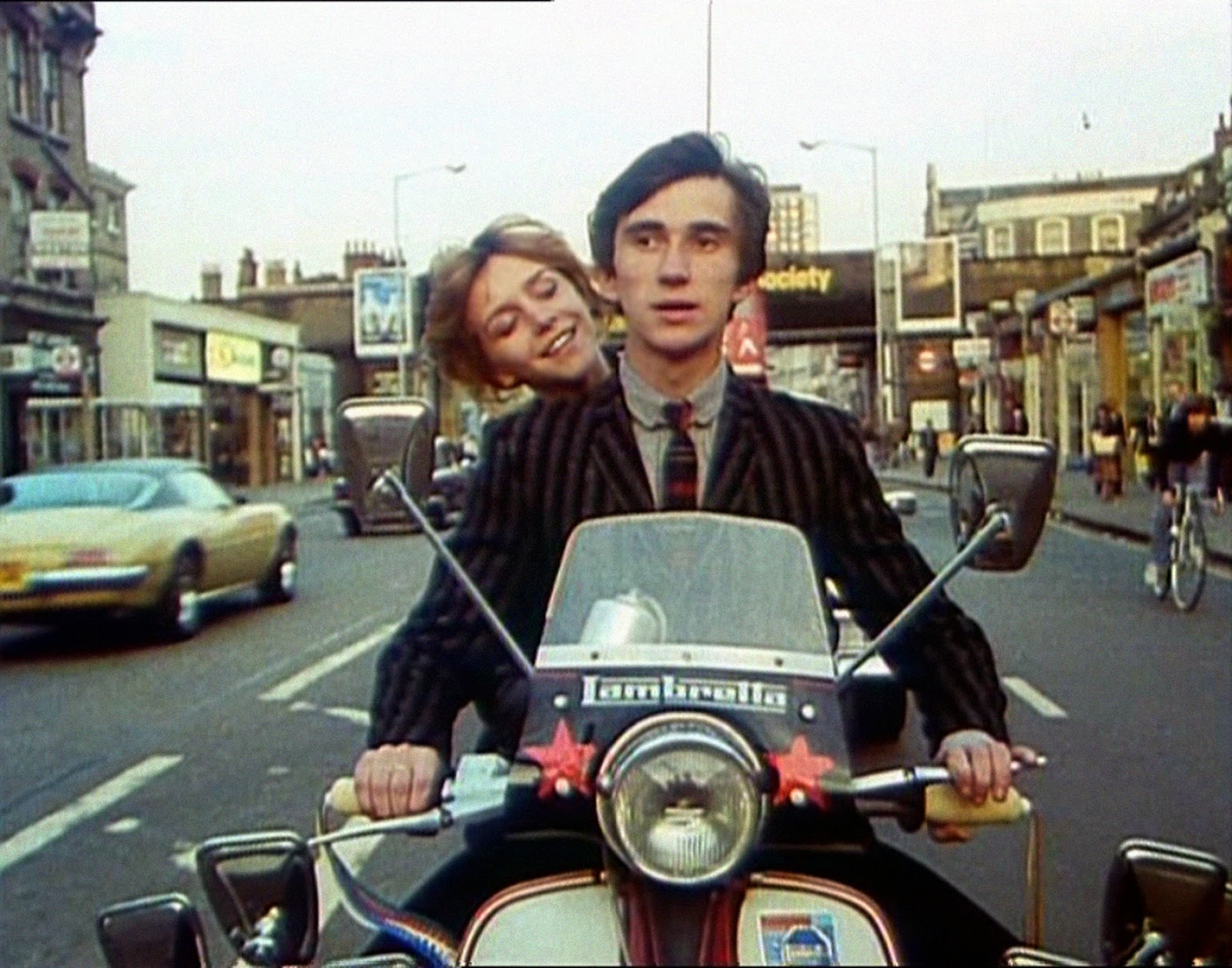 In retrospect, I think this incident taught those students a far richer, more memorable lesson than my simple Film Day ever could. These lucky students got to experience censorship firsthand. They learned personally how it feels when one small-minded person has the power to decide what the rest of us can see.

Over the ensuing two weeks, I learned just how many people read the local papers. Relatives we had not heard from in years called my mother on the phone to express condolences that I was such a disappointment, and would I be looking for a new line of work? I called my then-girlfriend (later wife) and said, "I think I just lost my job." Such happy times!

TRIVIA TIDBIT: The famous penis belongs to Ray Winstone, who has since carved out a decades-long acting career, appearing extensively on television and in the films Sexy Beast, The Departed, Cold Mountain, Hugo, Snow White and the Huntsman, and Noah.

Because of Quadrophenia, I was unofficially known in my district as "the pornographer" for the next five years. Being introduced to any district staff member inevitably led to them asking, "Aren't YOU the one who showed the dirty movie?"

THE FINAL IRONY: The way Quadrophenia is structured -- indeed, the way many films featuring wayward youth are structured -- meant that the Film Day students were treated to what was essentially a short subject on the glories of drug use. They saw the beginning (Jimmy's anarchistic lifestyle of sex, drugs, and violence) but NONE of the consequences! Quadrophenia is not a celebration of drugs, nor a celebration of violence, nor a celebration of penises. It is a thoughtful examination of the way a young person can become embroiled in certain negative, destructive habits to the exclusion of other, better aspects of life. The movie is cautiously hopeful, but not if you only watch half. 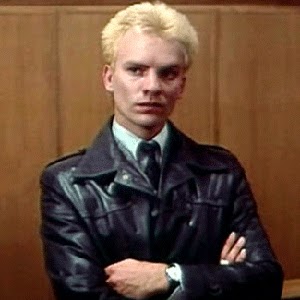 Some students later told me that based on the portion of the film they had seen, the film's message seemed to be "Live Fast, Die Young, Leave a Good-Looking Corpse." Believe it or not, even as the YCT, this is not at all what I had set out to teach them.

Luckily, my division head, Richard Calisch, took my side. Calisch was a fiercely intelligent and cultured man, a poet, and a real instigator, and over the years I've come to admire him more and more for having the guts to back me up. He was outraged by what had happened. The next day, he brought in black cloth so we could make armbands "to protest the death of intellectual freedom at this school." Most of my fellow English teachers wore armbands that day, and many kids quickly followed suit.

The Dean retired decades ago, and I have since learned that he has passed away. For years I liked to imagine that he was living in Argentina somewhere, hiding from the authorities with other former Nazis. The Dean's obituary describes him as "tough as nails." I was going to write that I am glad he is dead... instead, I will write that I miss Dick Calisch.

THE MORAL OF THE STORY: When the esteemed Criterion Collection released Quadrophenia in August of 2012, I felt a kind of vindication. The Criterion Collection only releases the very best, films of distinction. Take that, all of you provincial spoilsports! The official last word at filmed entertainment says that you are all full of shit.

Quadrophenia is well worth your time, but only if you are not afraid of penises.
Posted by Patrick Bromley at 11:55 AM