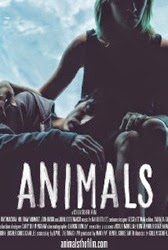 I'm generally not a fan of drug addiction movies. I'm a huge fan of Animals.

I know it probably sounds stupid to say I'm not a fan of a particular subject matter, especially one as serious as drug addiction. Maybe it's because I've had bad experiences with addiction movies. Maybe it's just because they usually (deliberately) make me feel a way I don't want to feel. But as the great Roger Ebert used to say, movies are not what they are about but how they are about it. Animals, the Chicago-shot drama written by its star David Dastmalchian (who you'll recognize from his memorable turns in The Dark Knight and Prisoners), is the movie that proves the maxim. It is about addiction, yes, but in a way I've not seen in a movie before. More than that, though, it is a deeply human and heartbreaking love story.

Dastmalchian plays Jude and Kim Shaw is Bobbie, both drug addicts living in their car on the streets of Chicago. The film follows several days in their lives as they hustle for their next fix, stealing CDs and selling them, working elaborate con schemes, whatever. But when the money and the drugs run out, Jude and Bobbie's bond is put to the test. 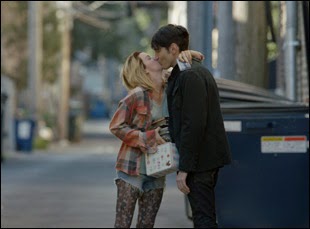 It's almost impossible to believe that Animals is the debut feature from Colin Schiffli, a jack-of-all-movie-trades who has worked every job on a set from casting director to editor to production assistant. His first full-length movie is made with total confidence and beauty -- he shoots my home city in a way that is at once both familiar and alien, switching back and forth between street-level grittiness and dreamlike fantasy, contrasting the two states of being of its protagonists. These are people who have two modes: High and Not High, and Schiffli gracefully reflects both in his form without telling us exactly what he's doing. There is an immediacy to Animals that makes it feel alive, but it's not just that -- it's an intimacy, too.

What I really love about Animals is how human it is. We've seen so many different takes on drug addiction, from as far back as the comic tantrums of Reefer Madness to Requiem for a Dream, which does addiction as a horror film, to Trainspotting turning it into a rowdy bar fight. Animals feels different from everything else. It neither judges nor pities its characters, merely presenting them for us to understand and care about. We end up loving these people, wanting them to succeed even when those successes mean their rapid destruction. Case in point: Jude and Bobbie pull a train station scam involving a laptop that we're rooting to work, even though we know in the back of our minds that the money they con will only be used to buy drugs. That kind of investment in the characters -- even in the moment, which is where Bobbie and Jude both exist -- is the mark of great filmmaking. 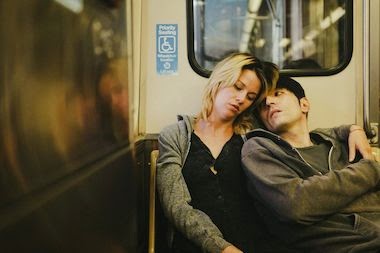 For as well-directed as Animals is (it really is a great piece of work), the movie belongs to the performances. Dastmalchian drew on his own experiences in writing and playing Jude, giving the character a lived-in feel and twitchy reality that keeps him hard to pin down. Just when we think he's going to be the closest thing to a "villain" the movie has, he has a gesture that's as beautiful as anything I've seen in a movie this year. I love the way Jude is rounded by little touches; it's hinted at more than once that he is very, very smart, but the movie never feels the need to outright spell out how he's wasting his potential with drugs and blah blah blah (a lesser film would not have been able to resist).

Then there is Kim Shaw, who fucking crushes it as Bobbie, breathing life into a woman who is victim to the helplessness of her own making. John Heard shows up for a pair of conversations with Bobbie that are among the best scenes in the movie, as warm and human as a Jonathan Demme scene minus the stylization. He's the first person to really talk to her, to listen to her, to expect more from her. My heart breaks for Bobbie, who is funny and sweet and self-destructive and foolish and masking great reserves of anger and hurt. If there was any justice on the awards circuit (there is not), this is a performance we would be talking about come Oscar time.

Animals was one of my favorite films at the Chicago Critics Film Festival, closing out the fest on a high note and introducing me to three people whose work I will continue to seek out. It has remained with me more than any other movie I saw, as I find myself still thinking about Jude and Bobbie, wanting what's best for them, knowing that may never be a possibility. What a beautiful, moving film.

Posted by Patrick Bromley at 3:31 PM